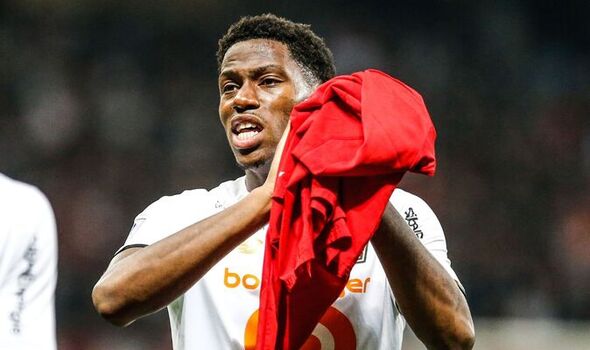 Manchester United have searched far and wide in their pursuit of a new No 9 but there is one hidden gem yet to have fallen under consideration in the Old Trafford boardroom. The spellbinding, refreshing recent performances of revitalised trio Marcus Rashford, Jadon Sancho and Anthony Martial have quenched Erik ten Hag’s immediate thirst for a new marquee frontman and furthermore, offered supporters hope of a brighter future than anticipated if Cristiano Ronaldo does move onto pastures new.

Martial, in particular, has blown away the cobwebs in emphatic fashion to prove he has the desire and determination to turn his United career around following a miserable loan spell with Sevilla.

Together, alongside Rashford and Sancho, United have provided some real throwback performances in their pre-season triumphs over Liverpool, Crystal Palace and Melbourne Victory.

The pace and fluidity in attack was reminiscent of the pre-Ronaldo era under Ole Gunnar Solskjaer, when the Red Devils were seemingly stronger than ever post-Sir Alex Ferguson.

Their speed and unpredictability in attack left their opponents guessing shortly before United became too one-dimensional with Ronaldo spearheading their attack – despite his obvious qualities and goalscoring ability. 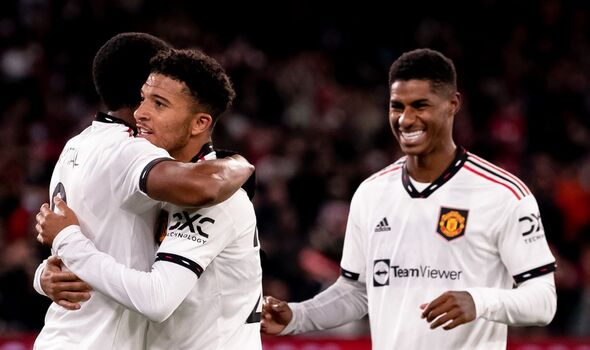 Therefore, it does not make much sense for United to sign a similar profile to Ronaldo if he is to depart – Ten Hag needs another forward capable of carrying out a similar style to his current tried-and-tested front three.

Jonathan David could be the answer to their prayers. Not only does he fit the bill stylistically but according to Fabrizio Romano, he is also available for around £42m this summer.

That is a snip in the modern transfer market when inflation is currently through the roof. It’s borderline a miracle that nobody has snapped up David this summer given he is among the best forward options in the window.

Towards the end of last season, when Lille’s Ligue 1 title defence ended with a whimper, it became clear the Canadian international striker was keen to pursue a new challenge. But to date, there has been no appealing offers for the 22-year-old, who was previously tracked by Liverpool.

David has been reasonably prolific since moving to Europe with Gent, where he struck 30 times in 60 outings, in 2018.

Since then, the Brooklyn-born attacker has registered 28 goals in 75 matches for an underwhelming Lille side – despite their title success in the 2020/21 season.

Furthermore, he has also fired Canada to the World Cup in Qatar, hitting 21 goals in 32 outings since making his debut back in 2018 as a teenager.

The former Ottawa Internationals youth star has similar attributes to Martial in the sense that he loves to run at defenders and finish low into the corners.

He is effectively a centre-forward, who also has the capabilities to play slightly wider if required. 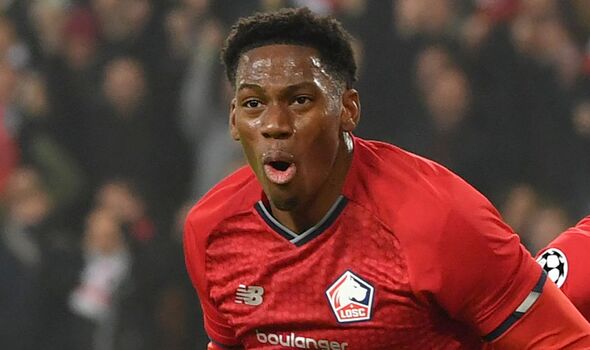 That kind of flexibility is a blessing for a manager like Ten Hag, a manager that is renowned for helping players maximise their potential through his coaching.

David’s runs in behind are perfect for stretching defences and when you also have Martial, Rashford and Sancho penetrating those gaps from deep – United are onto a winner.

Given David is only 22, he is only going to continue developing at a rapid rate, particularly if he features in a team full of extra quality.

This is a transfer that makes perfect sense for all parties, including Lille and ultimately, it would allow United to harvest funds from their transfer budget for other priority targets.