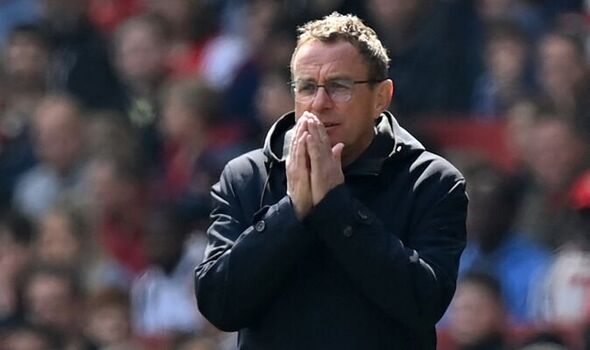 Manchester United interim boss Ralf Rangnick could reportedly turn his back on the club’s offer of a two-year consultancy role and become the manager of Austria instead. The Red Devils appointed the German on a temporary basis last November following the sacking of Ole Gunnar Solskjaer.

United have suffered a miserable season and Rangnick has failed to have the impact club chiefs would have been hoping for when they appointed him. And, according to the Daily Mail, the 63-year-old is now considering an offer from the Austrian FA to succeed Franco Foda, who stepped down at the end of last month.

If Rangnick does indeed decide to turn his back on the 13-time Premier League champions, a formal announcement could be made as early as this Friday. But the Red Devils have so far refused to comment.

Rangnick is set to relinquish his managerial duties at Old Trafford in the summer when Erik ten Hag takes the helm. But he had widely been expected to stay at the club to take on his new consultancy role, which was announced when he originally moved to England.

And the ex-RB Leipzig boss said as recently as Wednesday this week that he plans to stay where he is. “I am looking forward to working in that advisory role and obviously helping Erik as much as he wants it himself,” Rangnick said. “Obviously, I am more than willing and prepared to help both Erik and whomever in the club in order to change everything for the better.”

Earlier this month, the Austrian FA were forced to deny suggestions their sporting director Peter Schottel had met with Rangnick in Manchester. But the former Stuttgart, Schalke and Hoffenheim boss could well be set for the role of national team boss.