Manchester United head coach Erik ten Hag has aimed a subtle dig at Cristiano Ronaldo, telling the forward that a tell-all interview will not achieve anything. Ronaldo has promised the ‘truth’ about his situation with the Red Devils in a chat with the media over the coming weeks.

The United veteran has hit out at reports over his future this summer. He claims to have kept a book of the last 100 new stories written about him and claims that only five are correct.

He responded to a fan page on Instagram who had shared a story linking Ronaldo with a departure from Old Trafford. Ronaldo commented: “They know the truth when they interview in a couple of weeks. The media is telling lies.

“I have a notebook and in the last few months of the 100 news [stories written], only five were right. Imagine how it is. Stick with that tip.”

JUST IN: Tottenham boss Conte ‘going on’ at Paratici to seal key transfer 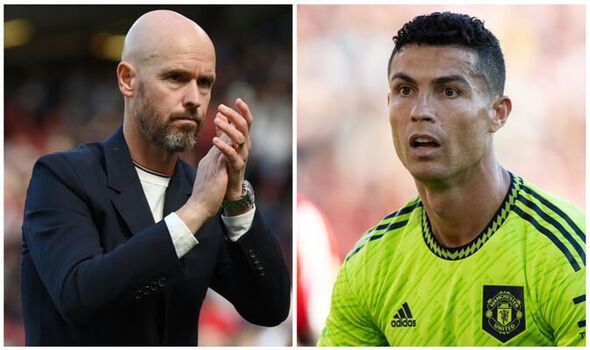 Ronaldo wants to leave United this summer in order to play Champions League football this season. But Ten Hag has now appeared to tell the 37-year-old that conducting interviews will not help him achieve his ambition.

Quizzed by Jamie Carragher and ex-United captain Gary Neville on Sky Sports, Ten Hag responded to a question about Ronaldo promising to tell the ‘truth’ by saying: “I don’t know what he will achieve with that.”

Ronaldo has endured a tumultuous summer as he seeks an exit from United. News emerged in July that the Portugal captain wanted to leave after United failed to qualify for the Champions League. Wide-ranging reports also suggest that he has been left unhappy with United’s relative lack of transfer business. 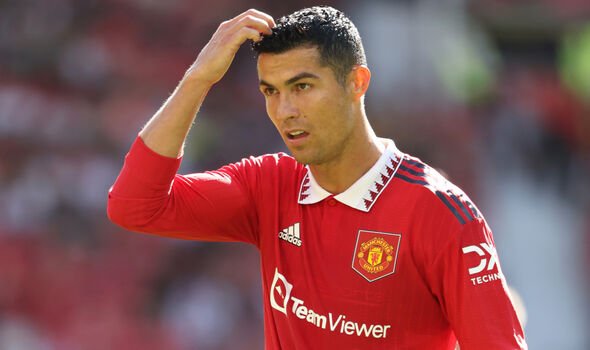 United’s public stance is that they do not want to sell Ronaldo. Especially as he was by far the Red Devils’ top scorer last season, bagging 24 goals across all competitions.

However, some recent reports claim that Ten Hag could soften his stance on not wanting to relinquish the player. Ronaldo stormed off the pitch without clapping the supporters following United’s 4-0 thrashing, and is apparently having a negative impact on team morale.

Ten Hag has suffered disastrous defeats in his opening two Premier League fixtures, with Ronaldo coming back into the starting line-up for the thrashing at Brentford. Ronaldo returned late to the club’s pre-season preparations amid his quest to leave the club, although he cited ‘personal reasons’ for remaining in Portugal for much of the summer.