Former Manchester United midfielder Roy Keane has told the club to back Erik ten Hag with five more signings and claims that the United chiefs should support the Dutch boss in his pursuit of Barcelona’s Frenkie de Jong, as he believes the Red Devils need investment in midfield. Ten Hag has made De Jong one of his priority transfers this summer, however the club have been unable to get the deal over the line.

When asked which areas United still need to strengthen after the additions of Christian Eriksen and Tyrell Malacia, Keane was clear on the key area of concern and claimed Ten Hag needed several “quality players” in midfield. “Off the top of my head it’s the midfield,” Keane told Sky Bet. “The middle of the park they need some top quality players in there, some physicality, some energy. That’s where I’d start.”

Former Manchester City defender Micah Richards added: ”Defence as well.” Keane replied: “Of course. The whole core, the full-backs, the striker and I’m not convinced with the goalkeeper.”

Despite only completing two signings this summer, United have enjoyed a promising pre-season so far after wins over Liverpool, Crystal Palace and Melbourne Victory. Ten Hag’s side were in the race for Darwin Nunez but the striker picked Liverpool over the Red Devils, and Keane admits that they are behind both Jurgen Klopp’s club and Manchester City in the eyes of potential transfer targets.

JUST IN: Leeds have four De Ketelaere alternatives after Orta ‘gives up’ chase 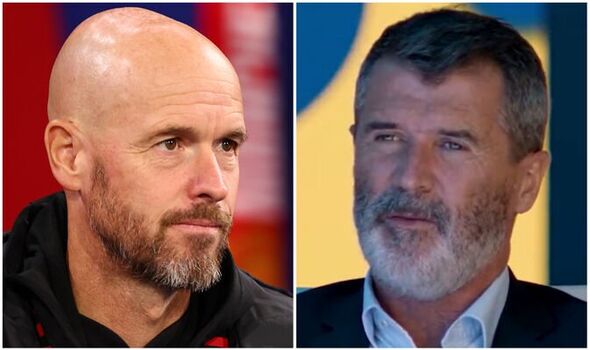 “Not if you’ve got other options,” Keane replied when asked if he would join United at this point in time. “Maybe Liverpool or Man City, some players want to go to London but Man United would be down the pecking order.”

A disappointing season saw United finish sixth, 13 points behind fourth-placed Tottenham and 35 points behind rivals Manchester City, and Keane highlighted that the players’ mentality will have to change this season if the club are to improve. 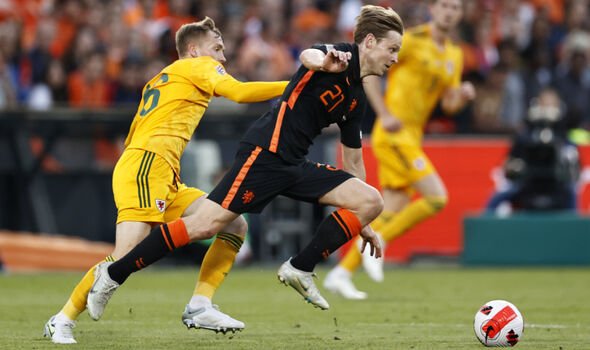 “A lot of the games, we made a point a number of times where they just gave up,” Keane added. “They gave up. They need to sort out that spirit, characters in the dressing room, almost rebuild the dressing room – they’ve got to get that right.

“Then players can show their quality, as bad as they’ve been they’ve got players like [Cristiano] Ronaldo and [Marcus] Rashford they’ve shown they can do it at the highest level but they need a group of lads who will fight every week and United don’t even have that.

“I think it’s a great time for a manager to come to Man United because they’ve been so poor, any manager with any ego or CV behind him will feel that they can make this Man United team better whether that’s to get into the top four, win a cup and if they manage to do that, he’ll be a legend at the club just for doing that. So it’s good timing for him.”