Glum-faced Marcus Rashford and Luke Shaw join Man United’s humiliated stars arriving for training after having a day off following Liverpool mauling… but Director of Football John Murtough smiles and waves to the camera!

Manchester United players and staff got down to work on Tuesday morning following a day off after their total humiliation at the hands of Liverpool.

The Red Devils were totally embarrassed by Jurgen Klopp’s side as they fell to a 5-0 defeat at Old Trafford, leaving manager Ole Gunnar Solskjaer under immense pressure.

Marcus Rashford, Luke Shaw, Harry Maguire and Co all looked glum-faced as they arrived for training less than 48 hours on from that horror show. While the club’s Director of Football John Murtough smiled and waved to the camera on his arrival into the Carrington training base. 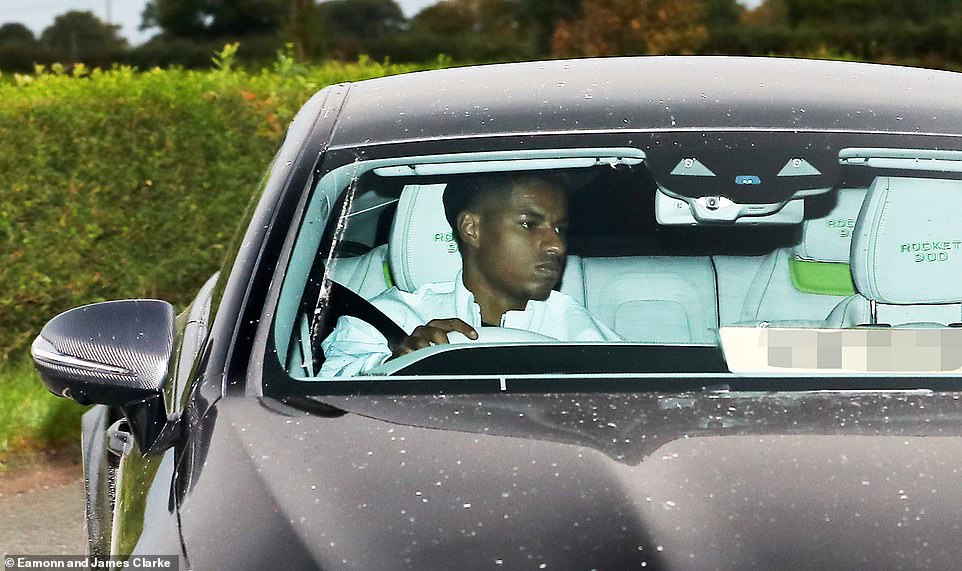 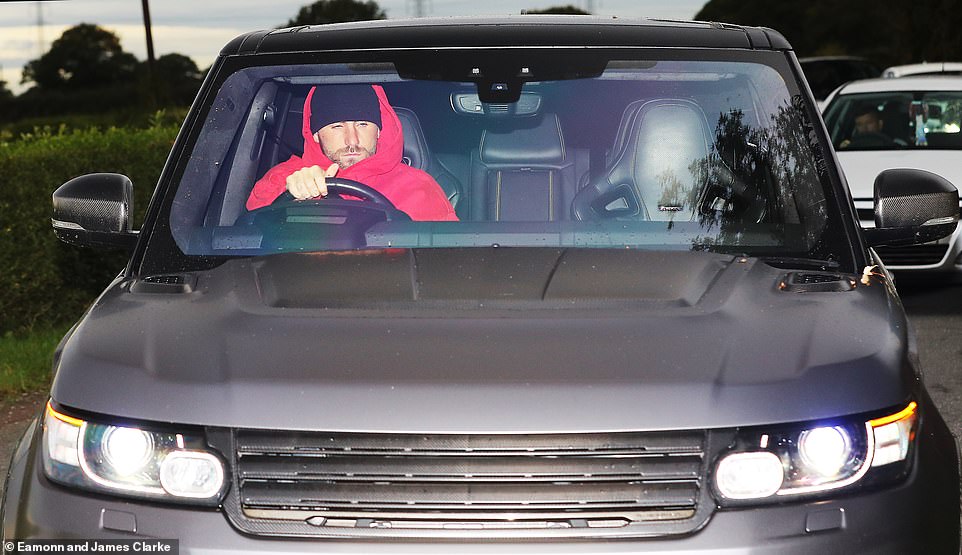 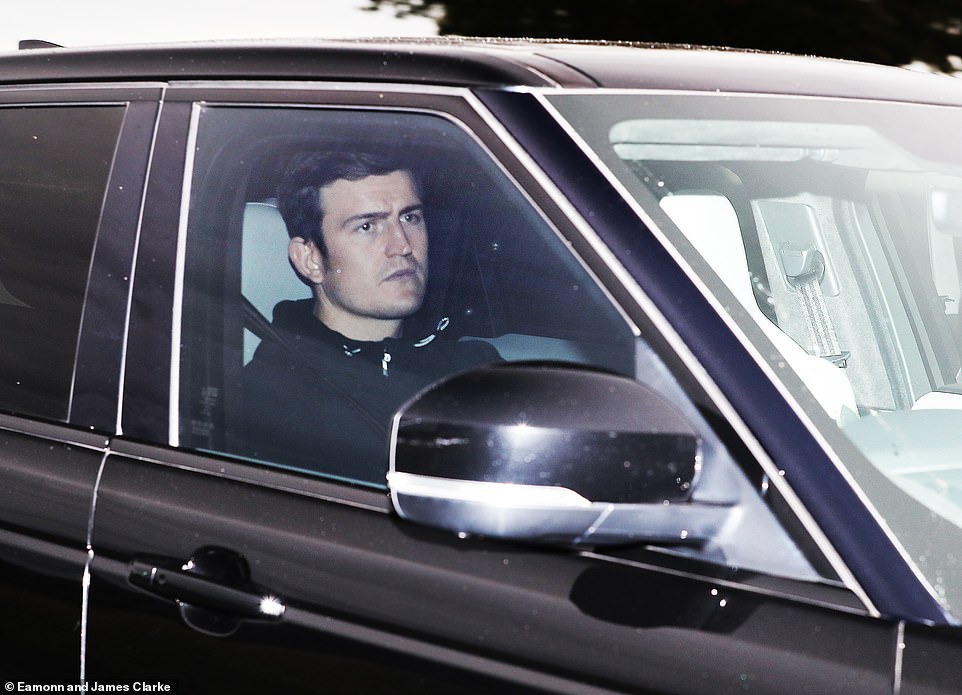 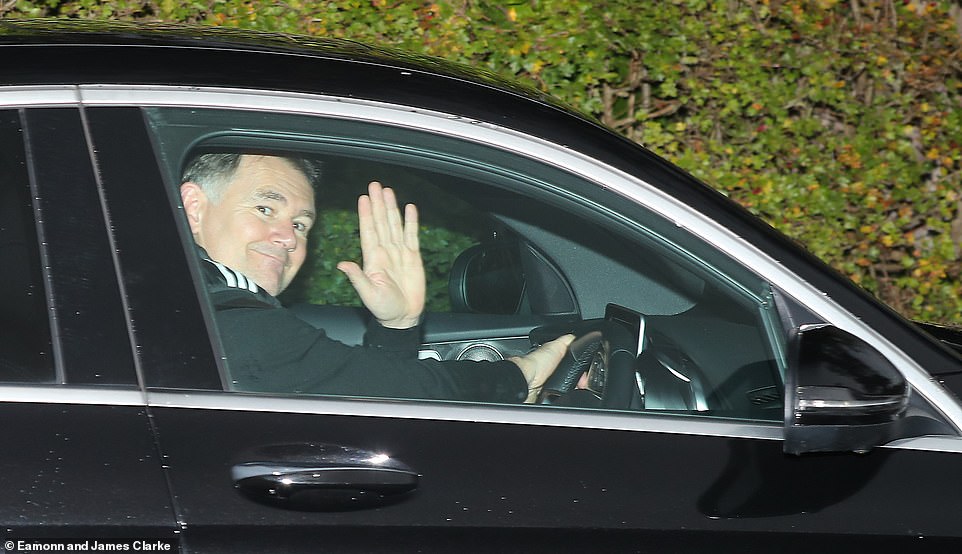 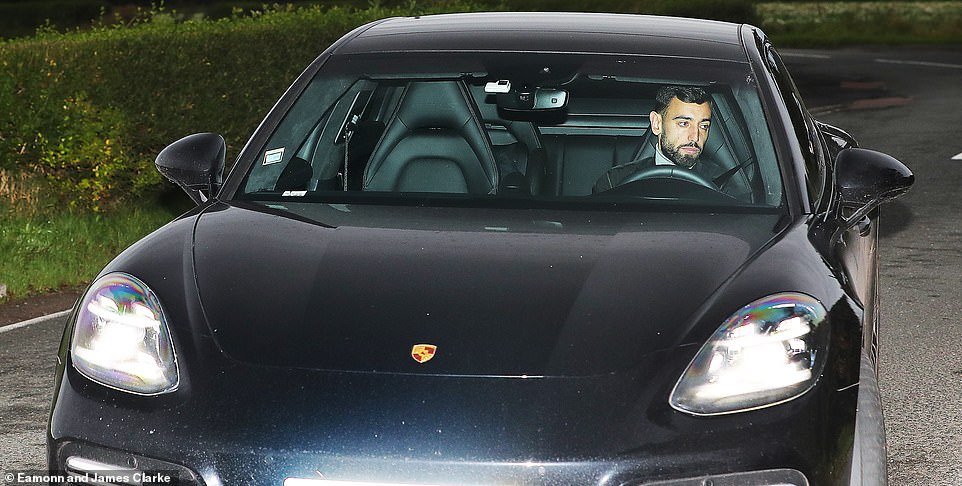 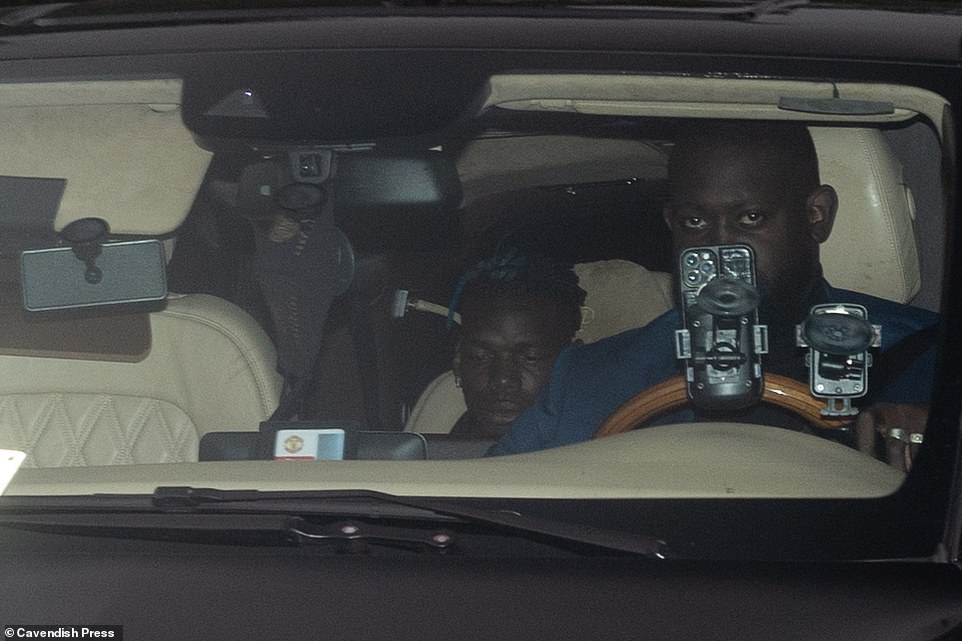 United midfielder Paul Pogba, who was sent off 15 minutes after coming on on Sunday, arrives in the back of people carrier 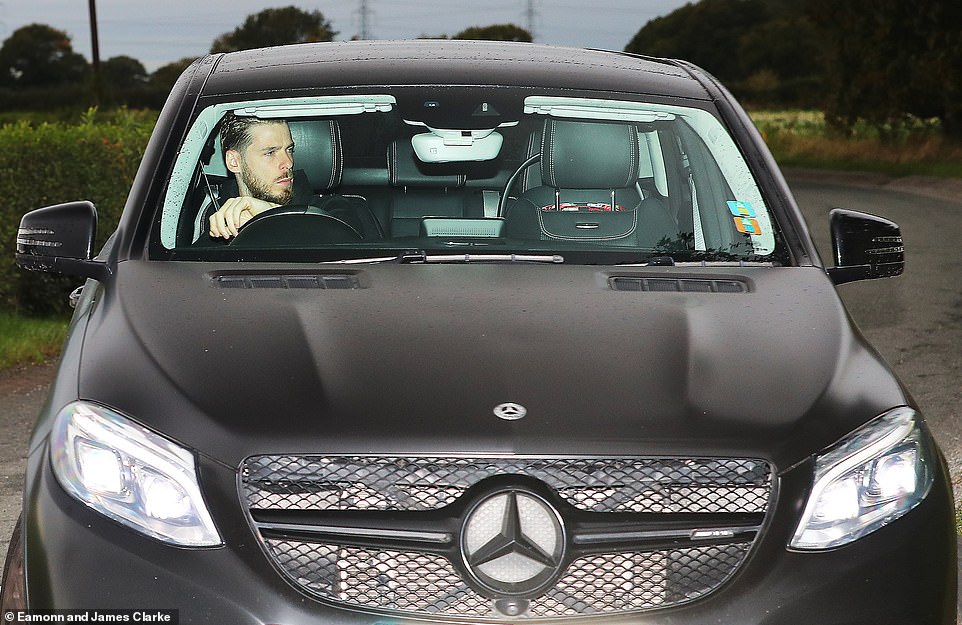 United goalkeeper David de Gea, who slammed his team-mates for an ‘unacceptable performance’ on Sunday, arrives 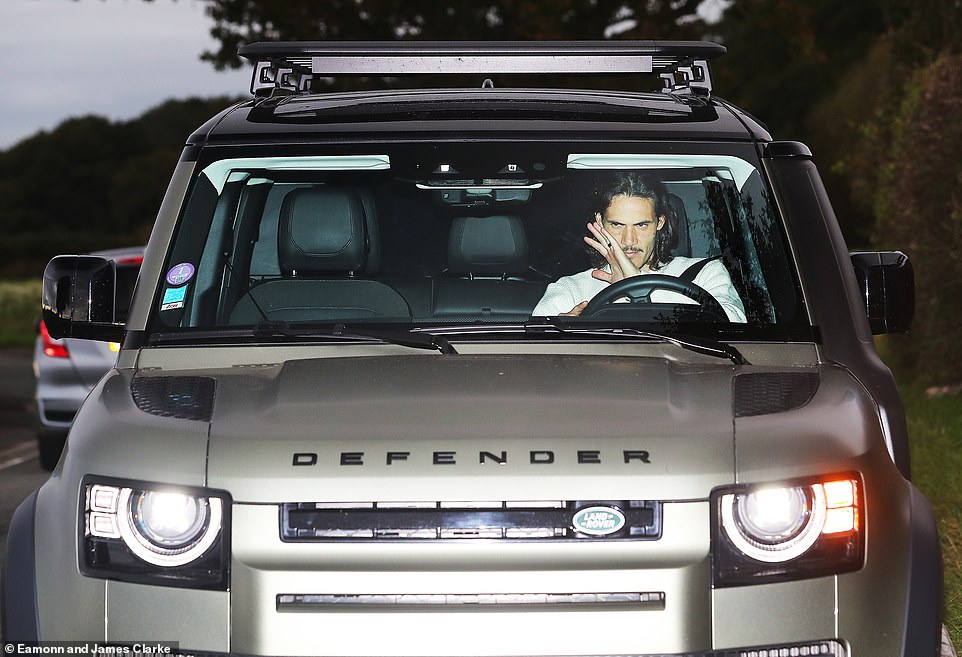 United forward Edinson Cavani, who was introduced off the bench against Liverpool on Sunday, drives into training base

Cristiano Ronaldo issued a rallying cry to his team-mates in the aftermath of the shocking loss, captain Harry Maguire apologised to the fans, goalkeeper David de Gea slammed his team-mates for an ‘unacceptable performance’ while defender Shaw insisted the players are to blame rather than their boss.

Without a Premier League victory since September 19 the scrutiny on Solskjaer has intensified in recent weeks and the speculation surrounding his future had only escalated since Sunday’s capitulation.

Sportsmail reported on Monday night that the Norwegian fears he may lose his job after almost three years in charge with former Chelsea boss Antonio Conte one of the frontrunners to succeed him.

As the fallout of the humbling defeat continued, the 48-year-old manager spent just under three hours at United’s training ground around lunchtime with his backroom team and squad given the day off.

Senior players have begun questioning Solskjaer’s tactics and leadership over concerns that he is too soft on them and does not have enough experience to turn things around. 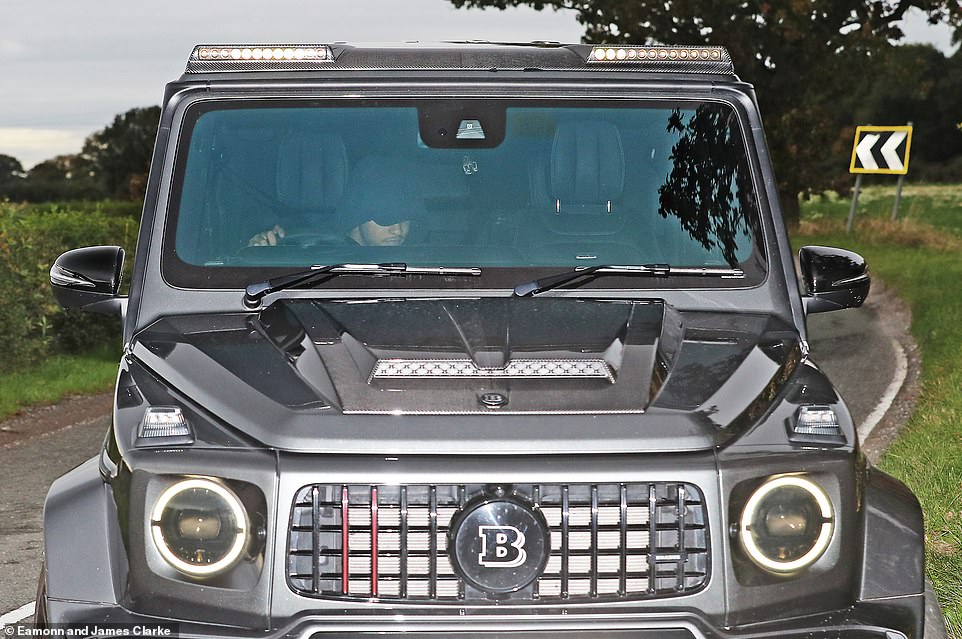 Jadon Sancho, who’s struggled for game time since his summer move, arrives on Tuesday morning ahead of training session 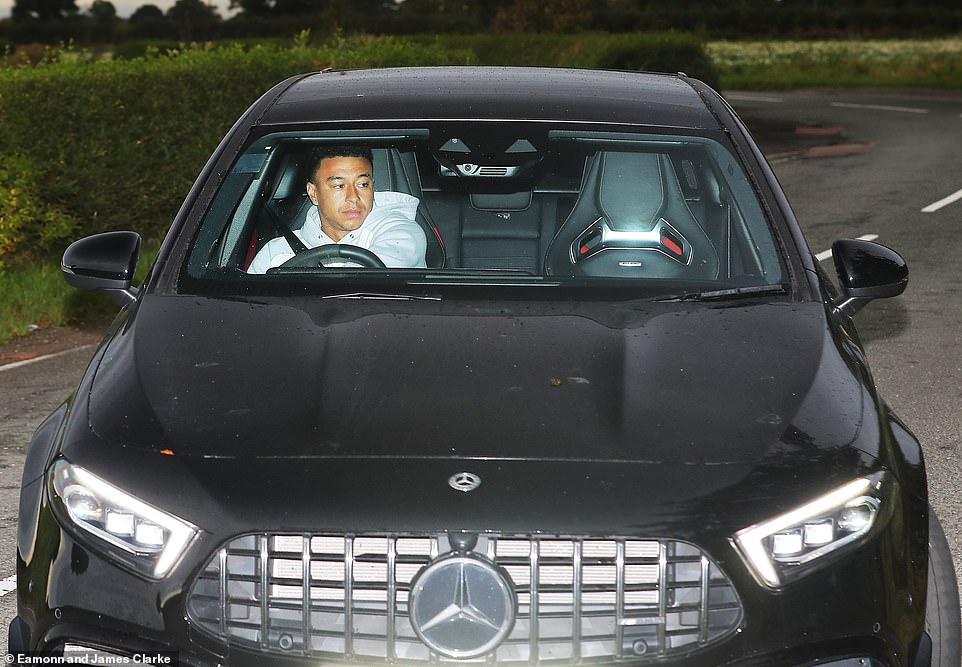 United midfielder Jesse Lingard, who was an unused substitute in the capitulation against Liverpool, heads into training 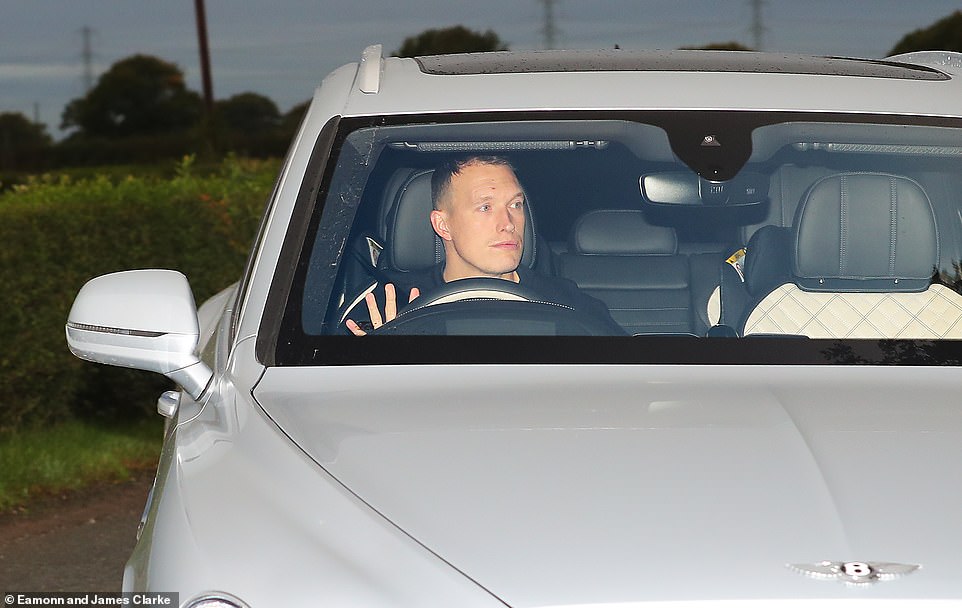 United defender Phil Jones, who is out of favour at the club, heads into the United training ground on Tuesday morning 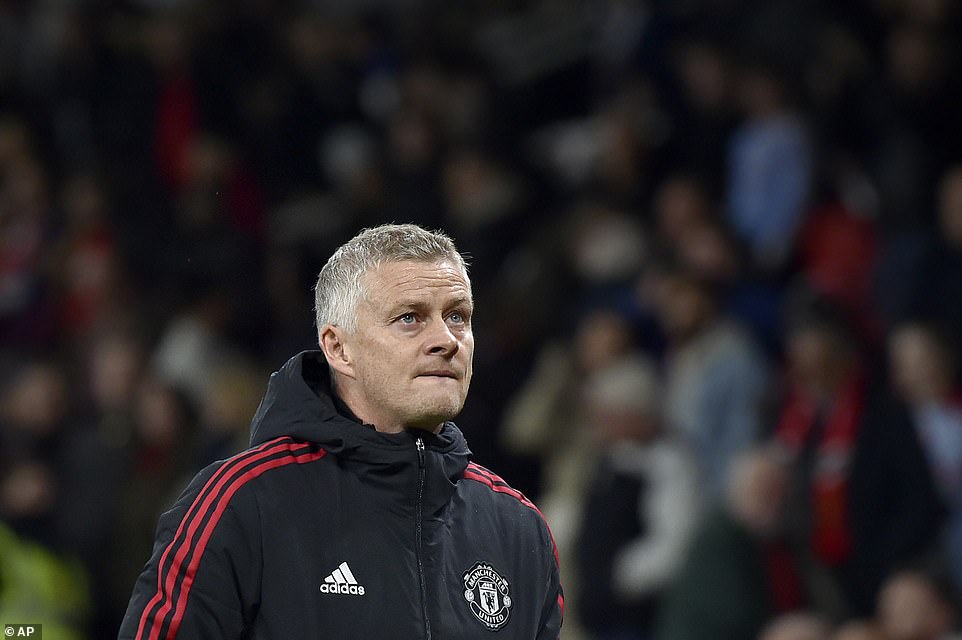 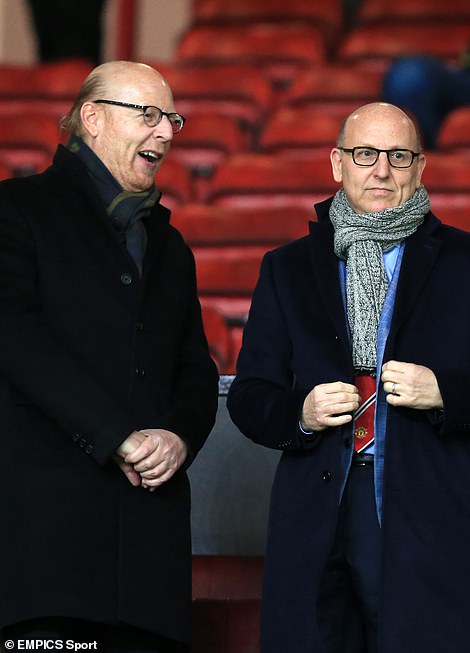 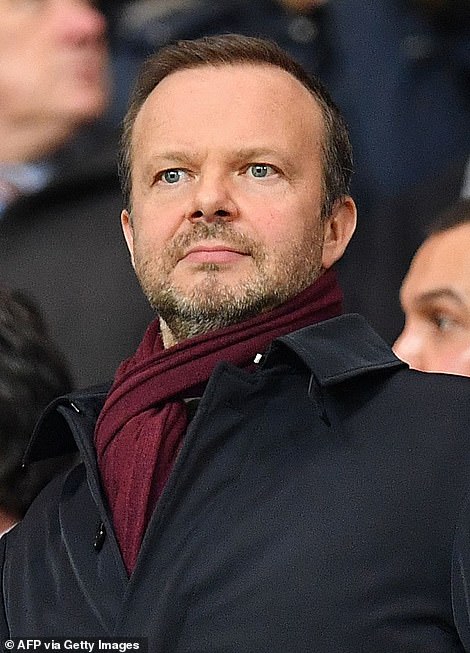 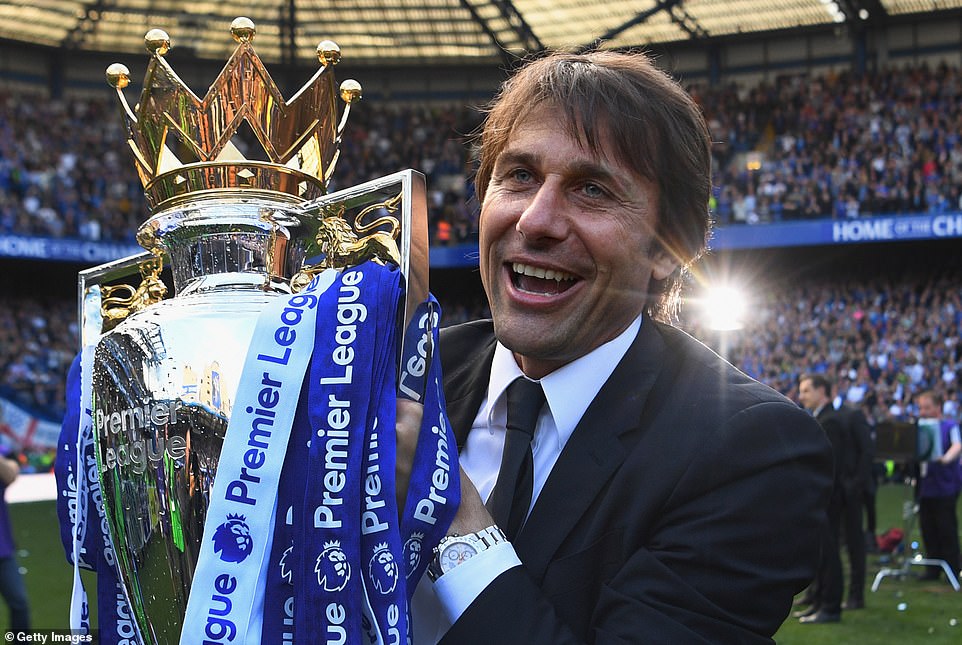 Former Chelsea boss Antonio Conte, who won the Premier League title in 2017, is interested in the United hotseat

It is not the first time Solskjaer has faced an uncertain future at Old Trafford but on Monday he was the shortest odds he’s ever been as boss to lose his job with the bookmakers.

The United hierarchy have given him unequivocal backing previously and supported him in the summer transfer window but the message on Monday night was less forceful.

Sources stressed the need to pull together and move on from Sunday’s embarrassment, adding that there is nothing to say Solskjaer won’t still be in charge when United visit Tottenham on Saturday evening.

Spurs find themselves in desperate need of a result as well after Nuno Espirito Santo’s side lost to Dutch minnows Vitesse in the Europa Conference League last week and were beaten 1-0 by London rivals West Ham at the weekend.

If Solskjaer does survive this crisis, he knows that bold decisions will need to be made after five defeats in nine games. 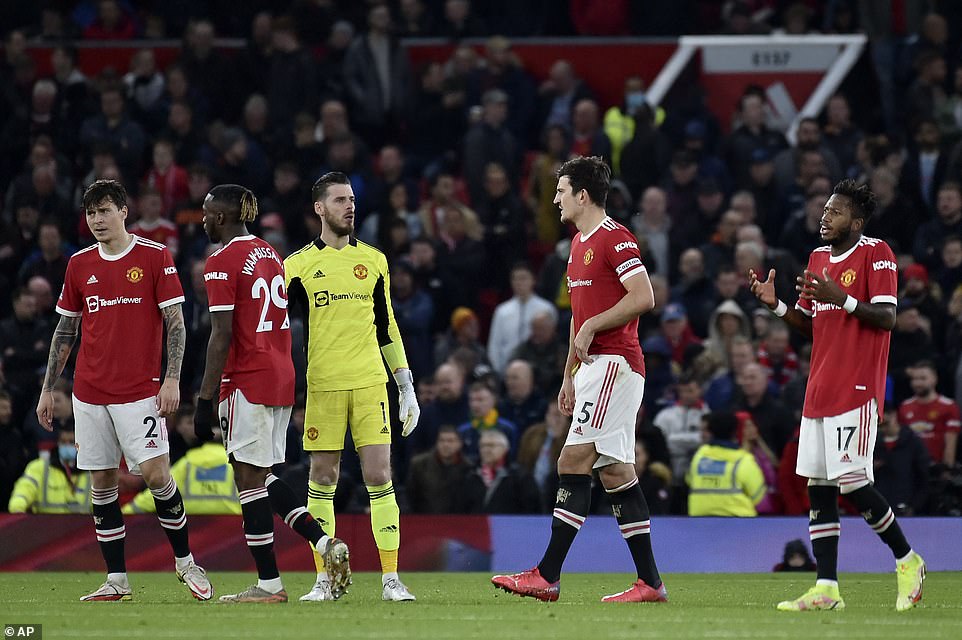 In the aftermath of the Liverpool humiliation, sources claim that he was just as stunned as anyone in the confines of the team’s Old Trafford dressing-room after the full-time whistle.

As exclusively revealed by Sportsmail, Solskjaer is understood to have called on his players to fight their way back from one of the darkest days the club has suffered in recent memory.

He warned them to prepare for days of major criticism following the capitulation, but said the only way they would come through it is by sticking together and responding.

‘It was made clear to the players that they all, including the manager, would get battered this week,’ said the source. ‘But the message was that the team either fights each other or fight back together.’

However, having asked his players to implement a pressing style against Jurgen Klopp’s side, a number of players believed the team were not prepared to play in that way because they had not particularly focussed on the tactic in training in the days leading up to the game.

Ex-Inter Milan boss Conte is open to the United hotseat having been out of work since leaving Italy in May, although his team maintain that they will not start talks with United until Solskjaer’s future has been resolved.