Man United boss Erik ten Hag re-ignites his feud with a Sky Sports reporter by REFUSING to take his questions at a press conference, months after they clashed in the car park at Crystal Palace

Erik ten Hag refused to take questions from Sky Sports in a stand-off with the broadcaster who currently pay billions to cover the Premier League.

United media officials blocked a stunned reporter Gary Cotterill from asking questions during the Dutch manager’s weekly press conference ahead of their visit to Southampton.

The respected veteran reporter was not told exactly why Ten Hag would not take a question, despite his best efforts to get in a question.

But he believes United’s actions stem from a game late last season when United visited Crystal Palace and Cotterill attempted to ask Ten Hag questions outside the stadium, even though he was not officially in place as manager at that time.

‘I’m surprised,’ said Cotterill who also attempted to get comments from ten Hag at the Ajax training ground last season.

‘It was just two people doing their job but I’m assuming he was offended by it. ‘The thing at Palace was him doing his job and not commenting and me doing my job and trying to get a comment. I’m only guessing that was the reason.

‘I haven’t been told. You saw what was said but I don’t think it would be too much of a leap to assume it was about that.’ 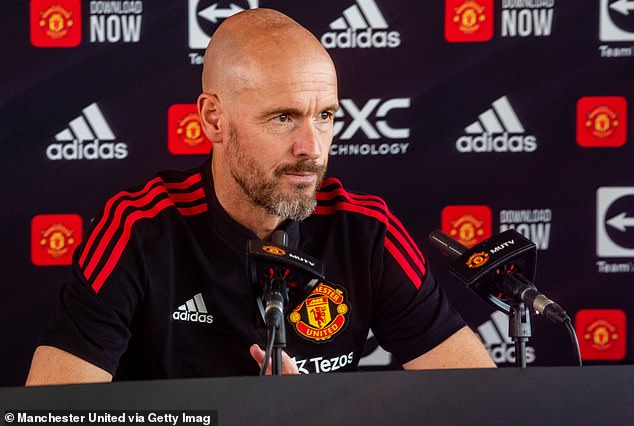 As Ten Hag left Selhurst Park at the end of last season, he was approached by Cotterill who attempted to grab an interview.

‘Welcome to the Premier League, Erik,’ the Sky Sports journalist said, but he was ignored by Ten Hag.

As a security guard tried to interject, Cotterill persisted. ‘Are you excited to get started?’ he asked twice, before being nudged out of the way by security. 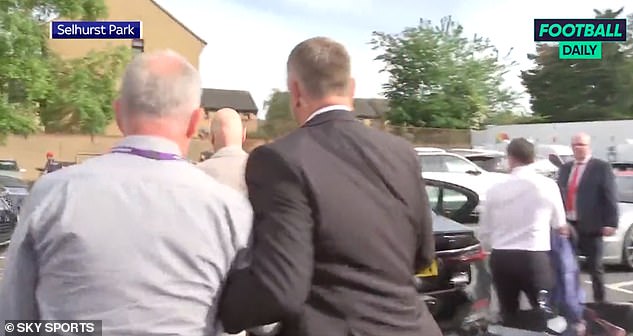 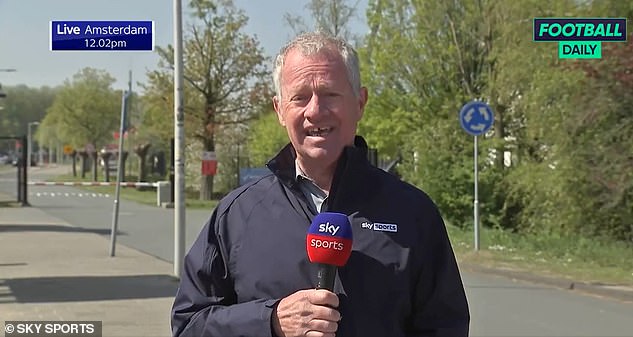 ‘Don’t push me, you’re on television,’ Cotterill said, before he addressed Ten Hag by saying: ‘It doesn’t look good being manhandled by security, Erik. It’s Man United…it is a big club.’

The security guard stopped Cotterill from speaking to Ten Hag and the 52-year-old then got into a car and drove away from the stadium.

The Sky journalist bizarrely Ten Hag to ‘learn’ from his compatriot Louis van Gaal after the incident. 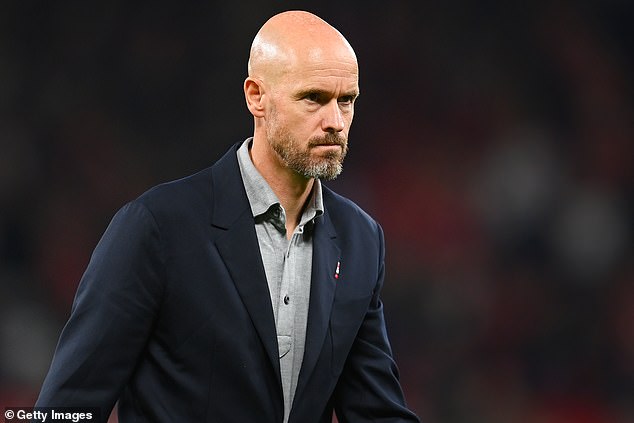 Cotterill posted a picture of him alongside Van Gaal soon after he had spoken to the Dutchman following his appointment as United boss in 2014.

‘A Dutch manager’s reaction to being asked a question in the street by sky reporter AFTER getting the Manchester United job. But BEFORE taking up the role,’ Cotterill wrote.