It isn’t ALL about the World Cup! Leagues One and Two carry on regardless, non-League giant-killers hope to land a big name in the FA Cup while Man United, Arsenal and Liverpool jet off to sunny climes… the best of the non-Qatar action ahead

The World Cup is set to dominate the television schedules in the weeks ahead with fans able to gorge on a feast of live football from morning until night.

All the games from Qatar will be screened live by the BBC and ITV, with pretty sociable kick-off times ranging from 10am until 7pm to offer a nice distraction from the cold winter days – or, indeed, from work.

However, it would be wrong to say the World Cup is the only football action between now and Christmas. 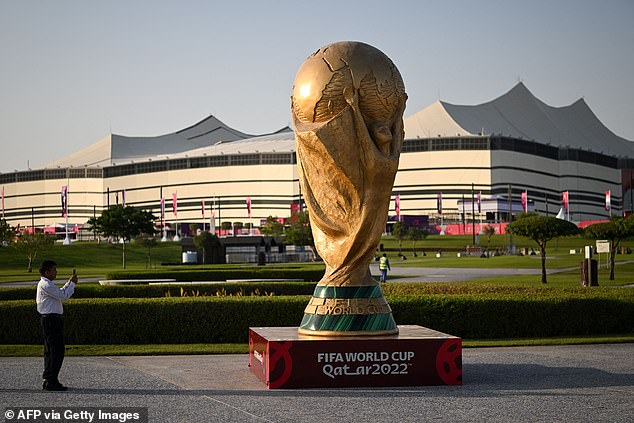 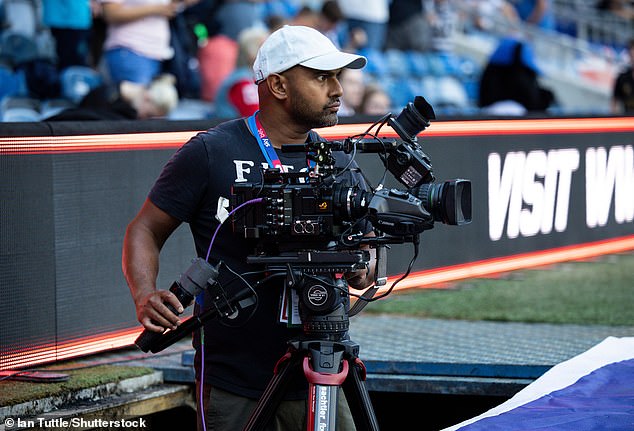 In England, every league below the Championship is going to be carrying on regardless and no doubt enjoying a rare spell in the spotlight.

We’ve also got the FA Cup second round, where a handful of non-league giant-killers will be hoping to tee up a third round tie against a Premier League big boy.

The Women’s Super League and Champions League will run parallel to the action in Qatar and, if you’re really missing the Premier League, several clubs will be playing warm weather friendlies.

Manchester United are off to Spain, while Liverpool and Arsenal will compete in the Dubai Super Cup to keep legs fresh ahead of the frenetic festive period.

Sportsmail scans the TV schedules to bring you the best of the football if the Qatar World Cup isn’t to your taste.

NO REST FOR LEAGUES ONE AND TWO

There are just 25 players heading to the World Cup from Championship clubs but the division is still going to get a nice breather until December 10, when the tournament will be at the quarter-final stage.

That leaves League One and League Two to fill the EFL void and they’re ploughing ahead.

In the third tier, it’s Plymouth Argyle leading the way and they currently boast a four-point advantage over Ipswich Town and are five ahead of Sheffield Wednesday in third. 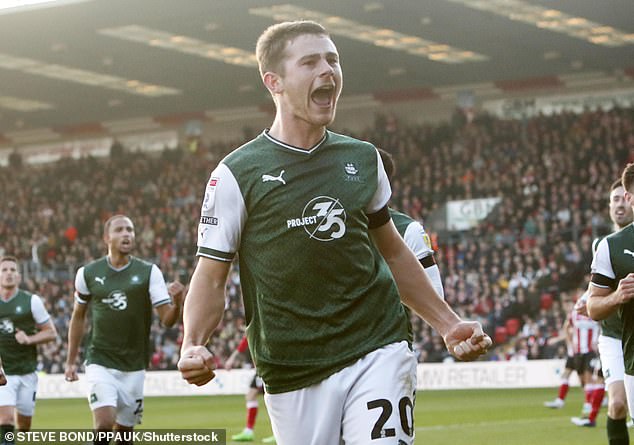 Meanwhile, some big names like Portsmouth, Derby County and Bolton Wanderers are all in and around the play-off positions as the promotion race shapes up in intriguing fashion.

The lack of Championship games means Sky Sports will be screening more games from League One.

They’ve got Portsmouth vs Derby from Fratton Park on Friday night and then Exeter vs Ipswich from St James Park as the Saturday lunchtime offering. 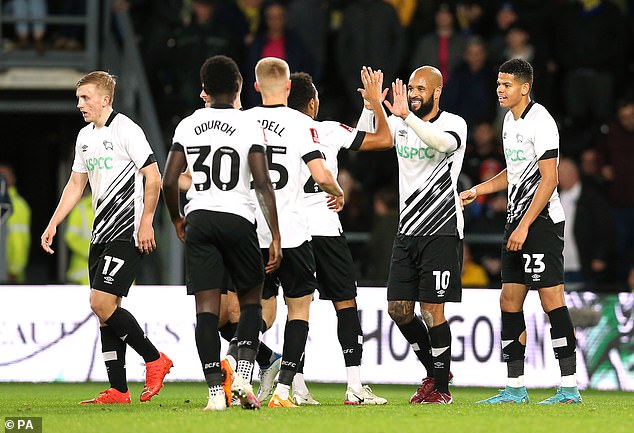 Over in League Two, Leyton Orient are setting the standard, having won 13 of their opening 18 games, but Stevenage, Northampton and Bradford are in hot pursuit.

There’s no live League Two action on Sky until December 27, however, when they show Leyton Orient vs Stevenage.

Nonetheless, all the lower league clubs will be hoping a few top-flight fans lend their support to boost attendance and the coffers while the World Cup is on.

And if you really miss it, the live Championship games on Sky resume with a Lancashire derby between Blackburn and Preston on December 10, with leaders Burnley at QPR the next day. 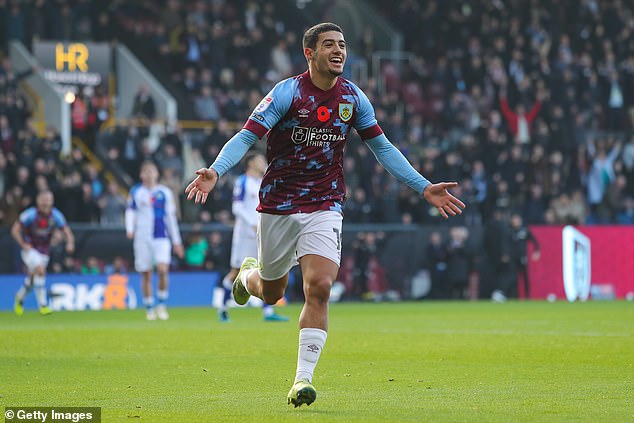 With League One and League Two taking centre stage in the EFL during the World Cup, the Saturday afternoon broadcast blackout known as Article 48 is being lifted.

This means fans unable to make it to the stadium can watch the action via live streams on club websites, whereas ordinarily they wouldn’t be able for Saturday 3pm kick-offs.

In all, 93 third and fourth-tier games, plus all Papa Johns Trophy games, will be available on iFollow or club streaming services.

EFL Chief Executive Trevor Birch said: ‘With EFL fixtures continuing throughout the World Cup, we have a fantastic opportunity to showcase our competition, with supporters able to enjoy more access to watch their Club play, whether at the ground, in the pub or at home.

‘While the winter World Cup has brought challenges for domestic leagues, for the EFL it also brings this opportunity to test how the streaming of live matches during traditionally blocked hours is received by fans that wish to watch their team, wherever they may be.’

A GOOD CHANCE OF UPSETS IN THE FA CUP

The second round of the FA Cup falls on the weekend of November 26-27, midway through the World Cup group games.

It’s an important stage because everyone that gets through has the chance of drawing the likes of Manchester United, Liverpool or Chelsea in a lucrative third-round tie.

The BBC One and ITV1 have both carved out room in their schedules to bring us four live matches alongside the likes of Spain vs Germany. 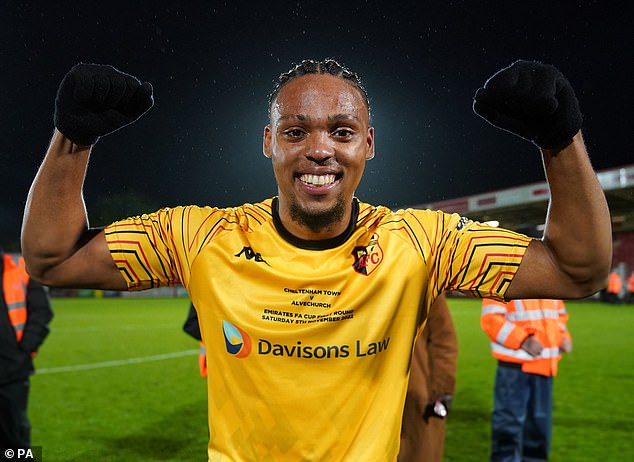 On Saturday November 26, the Beeb have a double header. National League North King’s Lynn Town, who beat League Two Doncaster in the first round, will hope to take another scalp as they host Stevenage.

Then Alvechurch, of the seventh-tier Southern League Premier Division Central and the lowest-ranked club remaining, travel to League One Forest Green Rovers.

ITV then have two live games on the Sunday. Non-league Ebbsfleet United host Fleetwood Town of League One at lunchtime and that’s followed by Derby’s trip to Newport County.

Other games involving non-league teams that weekend include Wrexham vs Farnborough, Accrington Stanley vs Barnet, Dagenham and Redbridge vs Gillingham, AFC Wimbledon vs Chesterfield, Bristol Rovers vs Boreham Wood, Burton Albion vs Chippenham Town and Ipswich Town vs Buxton.

PLENTY OF FOCUS ON THE WOMEN’S GAME

It’s been an excellent year for women’s football in England and the Super League will be able to enjoy a few weeks in the sun.

Sky are offering a live double-header this Saturday as Everton play Manchester City and Arsenal take on Manchester United – the second of those a meeting of first and third in the table.

BBC One are then showing the London derby between Chelsea and Tottenham on Sunday as an appetiser to Qatar vs Ecuador, the first World Cup game.

Chelsea, Liverpool and Arsenal will then be in Champions League group action the following midweek, which can be watched through DAZN.

Another Super League highlight is the Manchester derby between City and United on Sunday December 11, to be shown on BBC One. 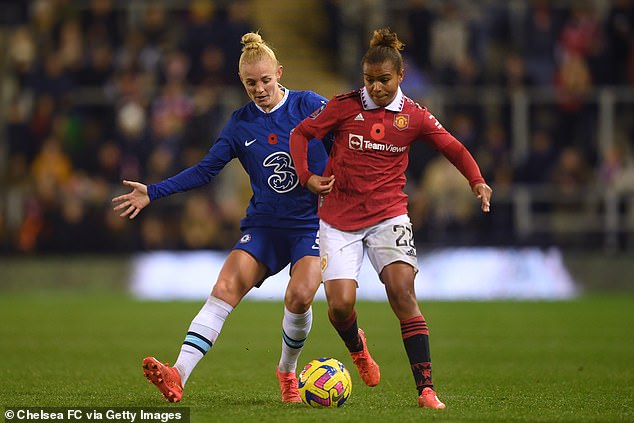 While many of their team-mates have flown off to Qatar, those Premier League stars left behind will be working hard in training.

The good news is that, in some cases, they’ll be put through their paces in lovely warm weather in a break from the chilly English winter.

Arsenal and Liverpool, for example, are set to play in the Dubai Super Cup in early December, where they will face Lyon and AC Milan but not each other in a mini-tournament.

LFCTV will be showing both of Liverpool’s games from Dubai live.

Erik ten Hag, meanwhile, will take his squad to Spain for a warm weather training camp and two friendlies against Cadiz and Real Betis, which will be broadcast on MUTV. 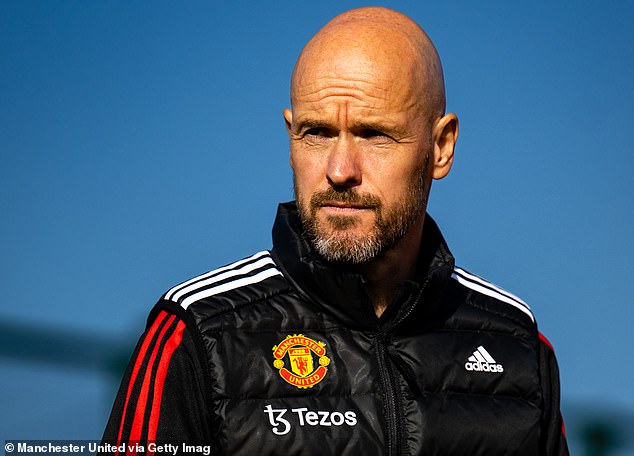 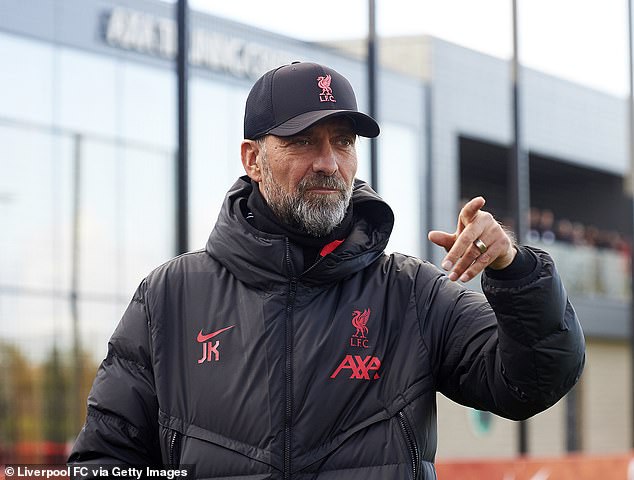