Former Arsenal midfielder Paul Merson has warned Manchester City boss Pep Guardiola that he could be making a “huge mistake” by letting both Gabriel Jesus and Raheem Sterling leave the club this summer. Both forwards have been allowed to leave for Premier League rivals, as the Brazilian joined Arsenal and England star Sterling completed a move to Chelsea this week.

Merson still tips Guardiola’s side to win the title this season but admits that City are taking a risk by selling two key attacking players. “With the departures of Gabriel Jesus and Raheem Sterling Manchester City have lost at least 30 Premier League goals between the pair,” Merson told Sportskeeda. “That could turn out to be a huge problem for them.

“I think he [Sterling] could well turn out to be the new signing who impresses the most this season. I’m flabbergasted that Manchester City let him go to a Premier League rival – now they’ll have to rely on Jack Grealish to get into the box and replicate his end product in front of goal!

“People go on about Sterling’s technique and the number of chances he supposedly misses, but he scores big goals for club and country and has done so consistently for a number of years now. 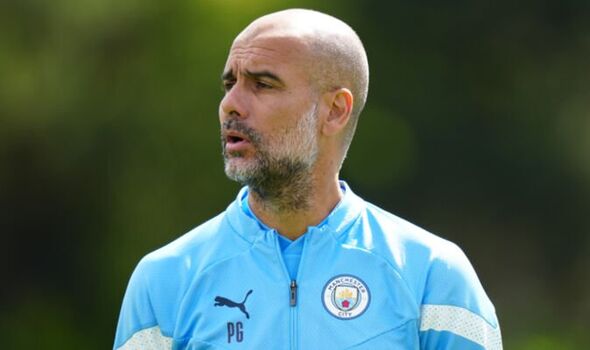 “I think Manchester City will win the Premier League, but I have to say it’s not as much of a foregone conclusion as others make it out to be. Erling Haaland’s arrival is obviously a massive boost for Pep Guardiola, but it’s not the end of it with Liverpool still very much in the running.”

Man City undoubtedly felt more comfortable letting two goalscorers leave the Etihad following the signing of Erling Haaland from Borussia Dortmund, who scored 62 goals in 67 games for the German side and Merson believes the Norwegian will be fighting with Harry Kane for the Golden Boot. 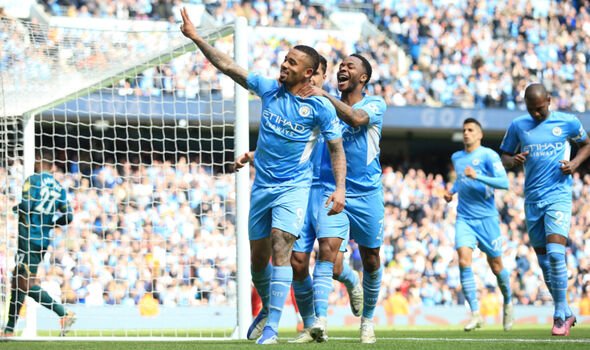 “I always go for Harry Kane when someone asks me to predict the winner of the Golden Boot because he’s some player,” Merson added. “Erling Haaland obviously deserves a mention and is likely to be up there fighting for the Golden Boot, while Gabriel Jesus could relish being the protagonist at Arsenal.

“Haaland is another obvious shout considering his exploits in front of goal in recent seasons, but it’s not going to be as easy as other people are making it out to be. He’s an unreal goalscorer, but he’ll have to score different types of goals to what was the case earlier in his career and adapt quickly to the demands of the Premier League.

“The Norwegian striker is so used to running into space, but when teams come up against Manchester City, they put ten men behind the ball! Haaland needs to show a bit of guile for his new team, otherwise he’ll struggle to replicate his exploits in front of goal.”