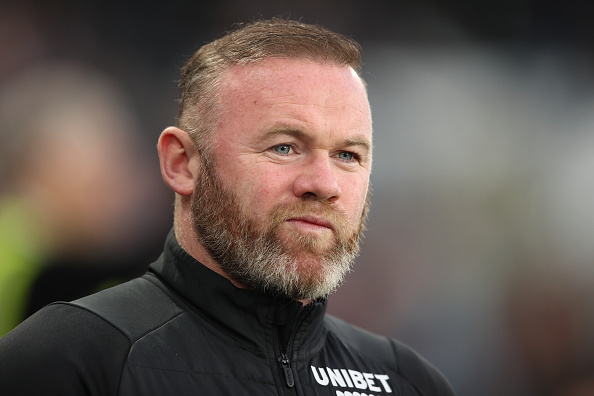 The title race is set to go to the wire after Liverpool and City played out an enthralling 2-2 draw at the Etihad Stadium earlier this month.

There is just one point separating Pep Guardiola’s league leaders and the Reds in second place, with six games left to go for each side this season.

Although he would rather City go on to win the title, former United striker Rooney feels Liverpool will just edge it.

‘I’d prefer none of them but obviously one of them is,’ Rooney told Beanyman Sports.

‘I think Liverpool might nick it. I think they’ve really looked strong over the last few months and I think winning the FA Cup semi-final could have an impact on that.

‘So I’ve just got a feeling that Liverpool might nick it. I hope not – I’d rather City win it.’

Fellow United legend Gary Neville agrees with Rooney, insisting Liverpool have all of the ‘momentum’.

‘I think Liverpool because of the momentum and the spirit, and also Man City not having that striker could hurt them at some point,’ Neville told Sky Sports.

‘But to be fair, Liverpool put City under unbelievable pressure a few seasons ago and City withstood it.

‘So, they could withstand it again and prove us all wrong, but I just think, at this moment in time, the momentum seems to be with Liverpool.’