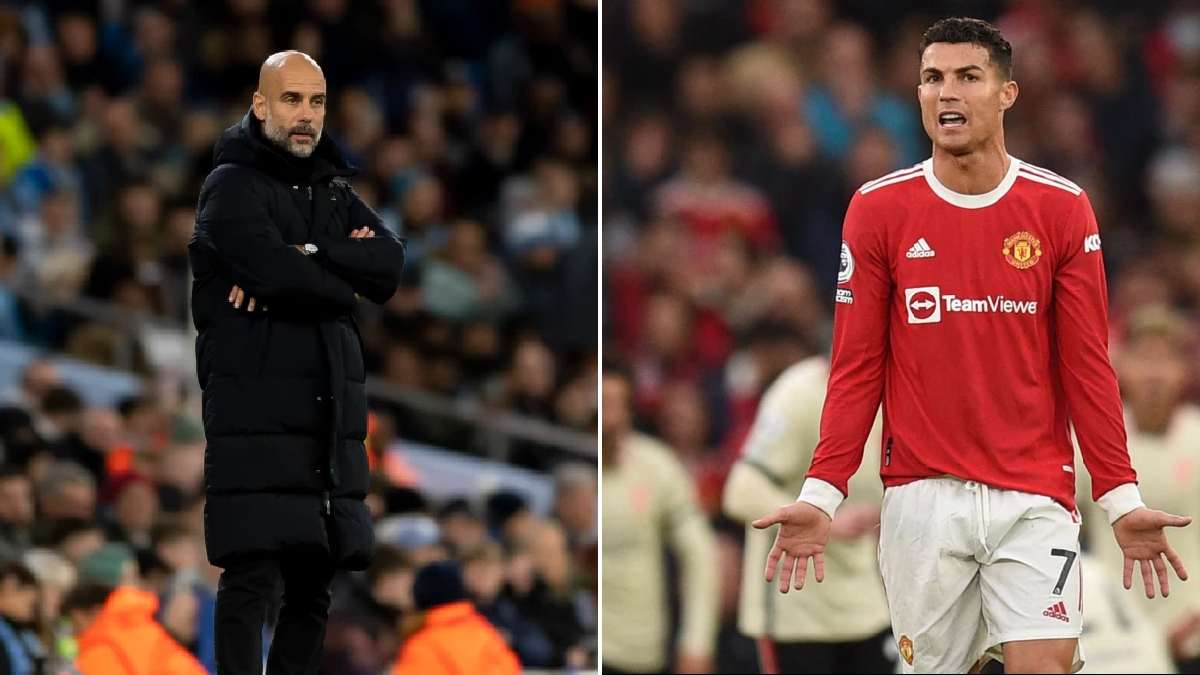 Pep Guardiola is well aware of the threat Cristiano Ronaldo possesses but does need to read up on Manchester United’s game plan ahead of the Manchester derby this weekend.

City recorded an impressive 4-1 win over Club Brugge in the Champions League this evening and will now turn their attention to league commitments when they make the short trip to Old Trafford on Saturday.

United played on Tuesday night in Europe as they needed Ronaldo to rescue them a point against Atalanta as the Portuguese netted twice.

And Guardiola knows the ‘scoring machine’ will be the focus of his side’s preparations.

‘I know the game against United is the most important thing, we are going to create a good environment but you cannot imagine how important today was,’ he said.

‘We have done two fantastic games and now we think about United. I didn’t see United much yet.

‘Tomorrow I am going to analyse carefully what they are.

‘I know how good they are – we saw it last season and they have one of the best players in history, a scoring machine who can do unique things.

‘Of course we have a plan and we are going to try to do our own thing.

Goals from Phil Foden, Riyad Mahrez, Raheem Sterling and Gabriel Jesus were enough to see off the Belgian side and move City to the top of Group A, meaning they now need only a point to qualify for the last-16.

‘Fully deserved. In the first few minutes we scored a goal but after conceding we dropped a little bit,’ Guardiola said after the match.

‘The second half was really good. A good game, good victory. We need one point to go through, three points to win the group.’