Lyon have made an enquiry about taking Tottenham right-back Djed Spence on loan until the end of the season.

Spence only arrived at Spurs six months ago after helping Nottingham Forest secure promotion to the Premier League last term, but he has failed to break into Antonio Conte’s starting line-up.

The 22-year-old has been limited to four brief substitute appearances in the Premier League and now looks set to be allowed to temporarily leave Tottenham this month. 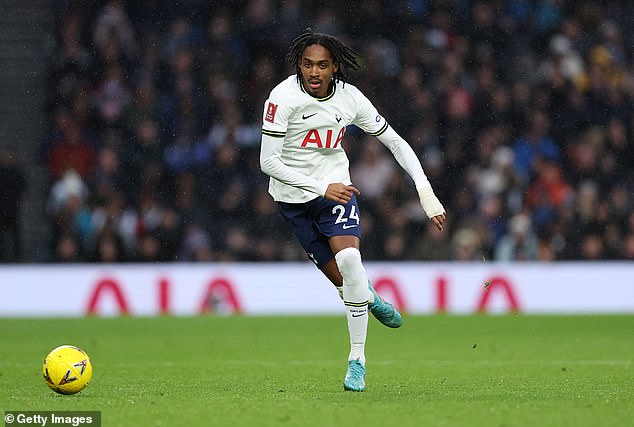 Brentford, Southampton and Leicester have all shown interest in keeping Spence in England, but a move to France could also be on the cards, with Lyon approaching Tottenham in a bid to sign the full-back.

The Ligue 1 outfit are looking for a new right-back as they are preparing to sell teenage defender Malo Gusto to Chelsea for around £30m.

Gusto is due to move to Stamford Bridge shortly to provide competition for Reece James. 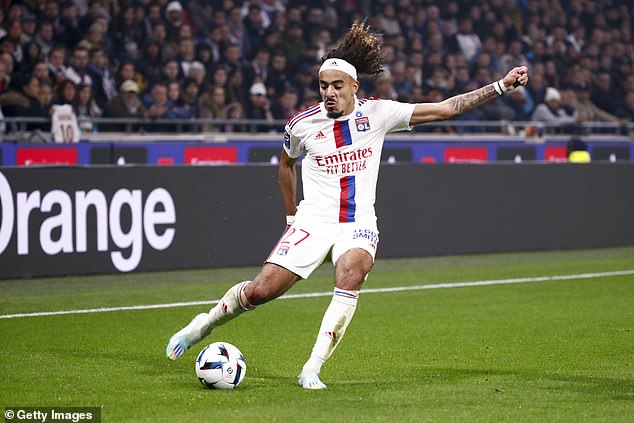 Lyon are looking to replace Malo Gusto (above), who looks set to join Chelsea 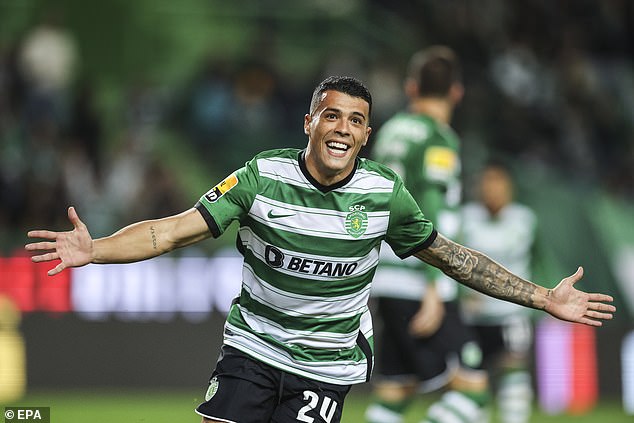 Conte already has Emerson Royal and Matt Doherty to call upon to cover the right flank, but is not satisfied with his options and wants to add another player for this position before next Tuesday’s deadline.

Tottenham have had a £32.5m bid for Porro rejected, but are still optimistic about concluding a deal for the 23-year-old, who has scored twice and registered six assists in the Portuguese league this season.