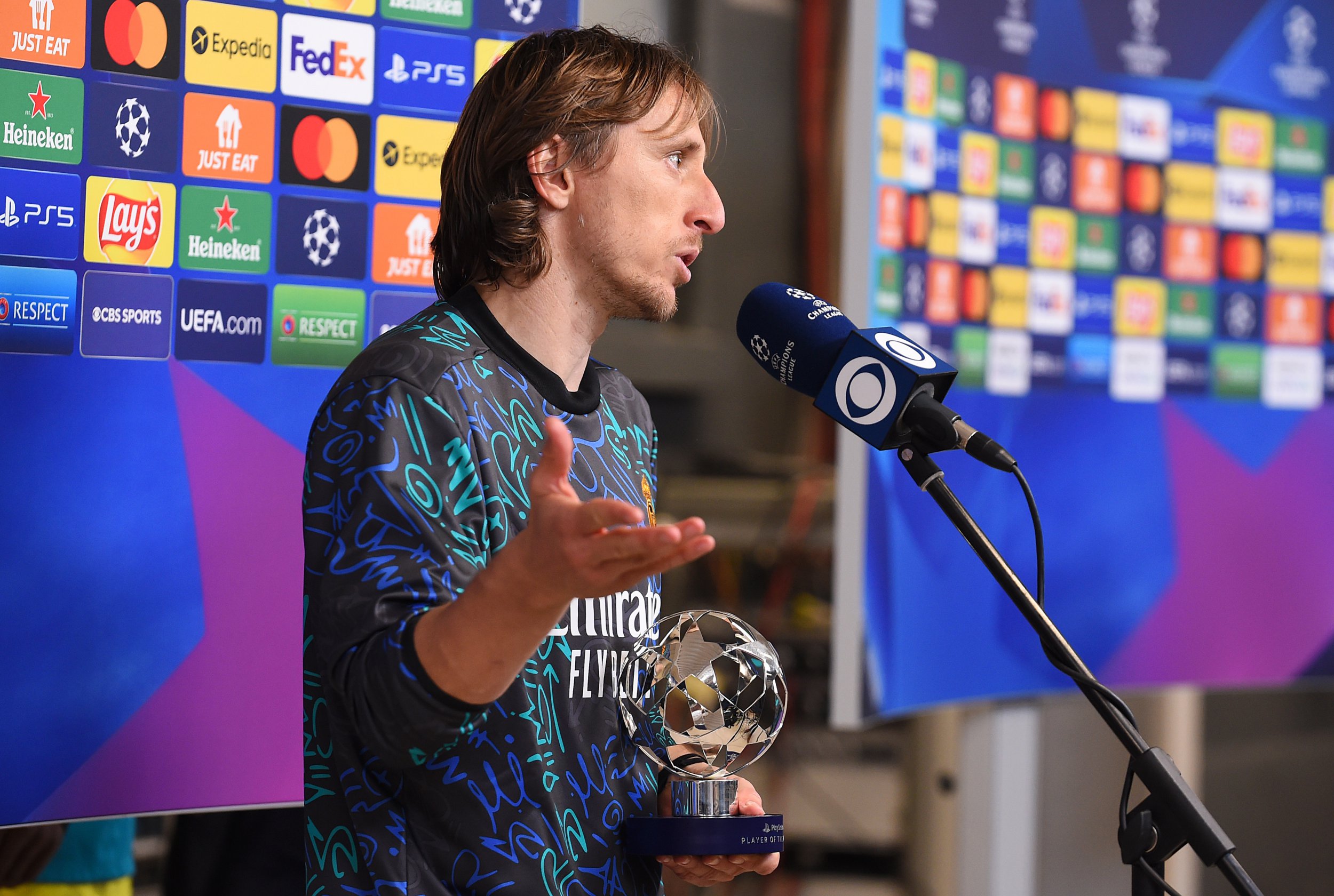 Luka Modric has hailed Chelsea as ‘the most difficult team to play against’ in the Champions League after Real Madrid snuck past the holders in a thrilling 5-4 quarter-final victory.

The Blues had to overturn a 3-1 first-leg deficit at the Bernabeu and gave a superb display on Tuesday night, with goals from Mason Mount, Antonio Rudiger and Timo Werner putting them three goals up on the night and 4-3 ahead on aggregate.

But Real and Modric showed their class, with the Croatian producing an outrageous outside-of-the-boot cross for Rodrygo to level the scores and send the match to extra-time.

Chelsea had a host of chances to score again, slicing Real’s defence apart at times, but in the end it was Karim Benzema – who netted a hat-trick last week at Stamford Bridge – who had the final say.

A neat run and dinked cross from Vinicius Junior landed perfectly on the head of the Frenchman, who nodded home to secure the 13-time European champions’ progress to the last four.

At times in the tie – and particularly the second leg – Real rode their luck and Modric was full of praise for Chelsea’s performance afterwards, though felt the Spanish giants showed their big-game mentality and experience.

Speaking to BT Sport after the game, Modric said: ‘I think mister [Ancelotti] did great changes and [the subs] did well, they had a great impact on the game. Certainly in this competition experience plays an important role and I think today it helped us a bit.

‘But Chelsea, we knew it even after the first game, that we would have a tough game.

‘Because they are, for me, the most difficult team to play against. I watch them a lot because of my friend Mateo [Kovacic], how they play, and they are a very tough, physical team, very compact.

‘We knew that it was going to be tough – just like it was. But in the end we showed again great character, great desire, great togetherness and we managed to turn it around, which is amazing. A defeat that is very sweet!’

He added: ‘Unbelievable to describe this game. We were dead until the goal we scored. Chelsea scored three goals, maybe the first a bit lucky from a deflection. I can’t say we played badly.

‘They used their chances well and scored the goals. We didn’t give up. We kept believing, fighting and in the end showed huge character. This stadium and the fans were very helpful when we were losing 3-0. They kept supporting us and it gave us a boost to keep believing.’