Louis van Gaal revealed the strange way that he decided on his World Cup squad’s shirt numbers, deciding to allot them based on player ages.

Rather than give any insight into who his preferred first team might be, the former Ajax, Barcelona and Manchester United manager chose to give out shirt numbers in order of age.

As a result goalkeeper Remko Pasveer will wear the No 1 shirt in Qatar, although by Van Gaal’s system that is not indicative of his place in the side’s hierarchy. 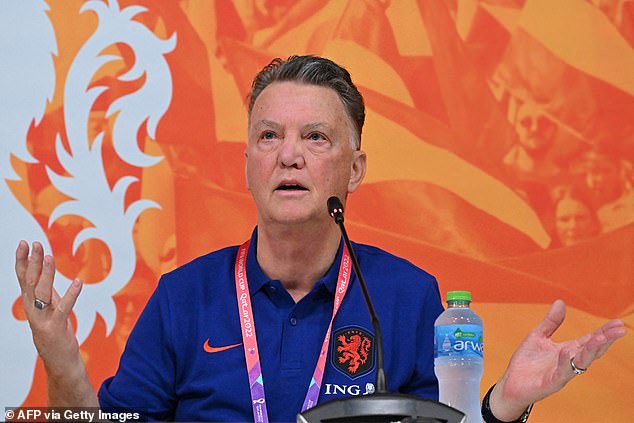 ‘In general I discuss that with the players, not now. I gave the players a number that fits their age,’ said the national coach, who was then asked if he meant that jokingly.

‘That’s no joke. I never tell jokes at a press conference, I explain how I did that.

‘That has to do with age, that’s why I give that answer.’

The Dutch manager has therefore given little away concerning his tactical plans for the tournament, with several stars expected to make the first team given strange shirt numbers. 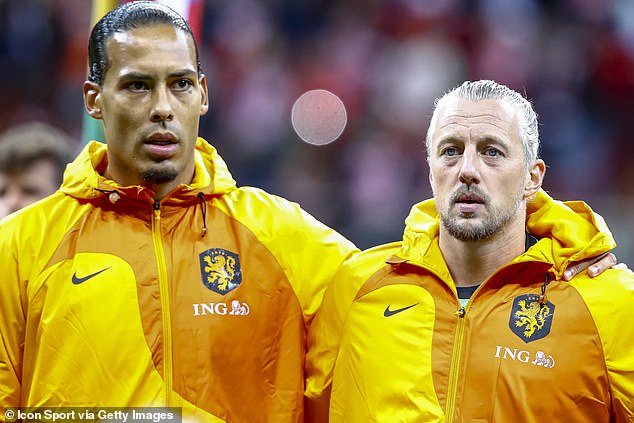 Remko Pasveer (R) will wear the No 1 shirt, while Virgil van Dijk will be kitted out with the No 4

Midfielders Frenkie de Jong and Teun Koopmeiners are two names that would be expected to be on the team-sheet for the opening game against Senegal on Monday November 21, but they have been given Nos 21 and 20 respectively.

There are still some numbers that seem to have aligned with players’ expected places in the national team hierarchy.

For example, Liverpool star Virgil van Dijk will wear the No 4 shirt, PSV winger Cody Gakpo will wear No 8 and attacking midfielder Steven Berghuis will be kitted out in the No 11 jersey. 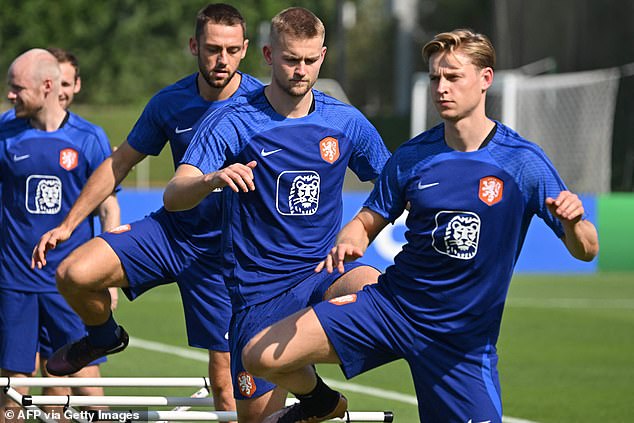 Despite his star quality, Barcelona’s Frenkie de Jong (R) will wear the No 20 shirt in Qatar

His final squad selection raised several eyebrows as well, including uncapped pair Xavi Simons and Jeremie Frimpong (No 25 and 26 respectively) at the expense of in-form Sven Botman and Bayern Munich midfielder Ryan Gravenberch.

Van Gaal also said Dutch fans who are boycotting the World Cup over human rights concern are right to do so but hopes that if his side get to next month’s final they will at least watch the game on television.

He repeated his assertion that Qatar should not be hosting the World Cup, but said it was because it was too small for the 32-team tournament and that hosting should be restricted to major football-playing countries.

But he also said the anticipated 3,000 Dutch fans who will travel to the tournament would be important for his team.

‘It is fantastic that they will be here,’ he told a news conference on Wednesday.

On supporters boycotting the Qatar World Cup over human rights concerns, Van Gaal added: ‘They are right to do that, but I hope we play so well that at the end of the tournament when we play the final, they’ll be watching on TV how good we are.’ 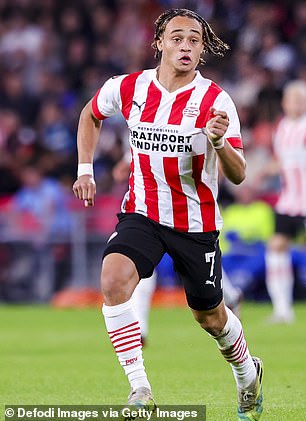 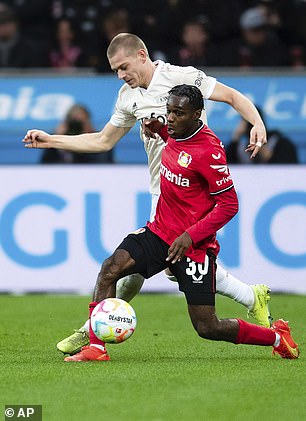 A survey of 28,000 respondents in the Netherlands, conducted by EenVandaag and published on Tuesday, said only 14% were interested in following the tournament after years of negative publicity about Qatar.

The Gulf nation has rejected many of the allegations about the treatment of migrant workers and said the World Cup had helped bring about better working conditions.

‘We have to play the World Cup in the most experienced football countries,’ added Van Gaal, but he was also full of praise for the organisation and facilities.

‘The training pitch we have could not be any better. The hotel and organisation has been fantastic. I am really looking forward to the tournament but it is more important that my players feel the same way.’

The Dutch kick off their Group A campaign against Senegal on Monday with Van Gaal insisting they have a chance to be crowned world champions.

‘I believe we don’t have the best players in the world in our team but I believe in team building and tactics and we have players who can execute the tactical plan of the coach,’ he added.