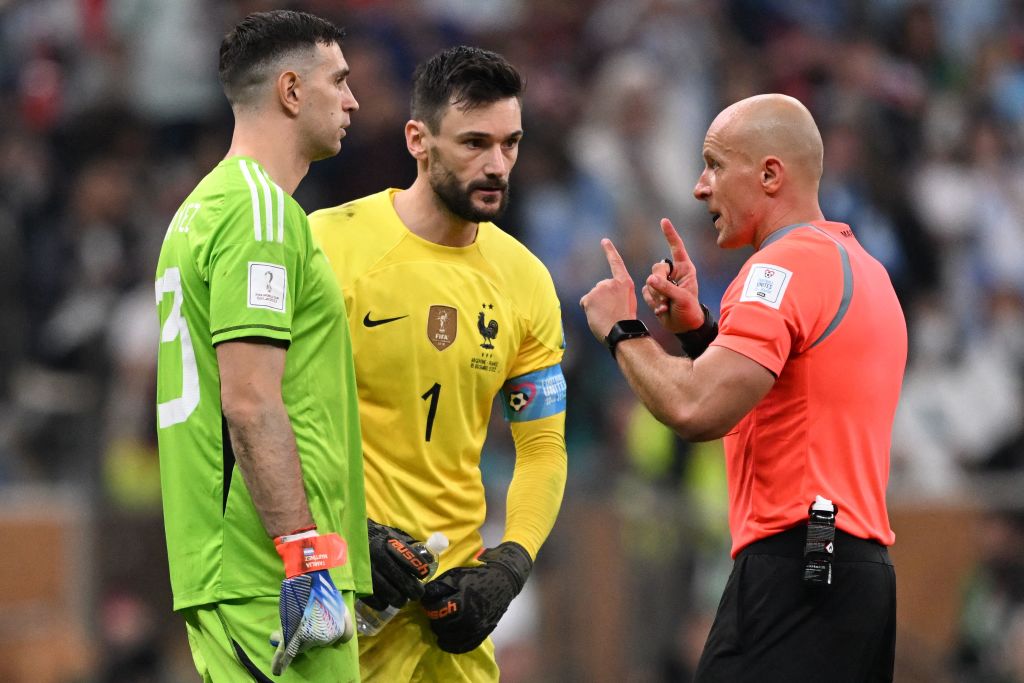 Hugo Lloris has accused Emi Martinez of ‘making a fool of himself’ with his actions Argentina’s World Cup final victory against France.

The Aston Villa stopper saved two penalties in the shootout and threw the ball away as Aurélien Tchouaméni made his way to the penalty spot in an attempt to get in the midfielder’s head.

Martinez mocked Kylian Mbappe, who scored a hat-trick during the final, during Argentina’s post-match celebrations.

The Argentine was also criticised for his lewd celebration as he was awarded the Golden Glove award.

Lloris, by contrast, failed to stop any of the four penalties he faced.

The Spurs skipper has since stepped down from international football but he couldn’t resist a dig at Martinez before doing so.

‘There are some things I can’t do. Making a fool of myself in goal, rattling my opponent and crossing the line… I just can’t do that,’ Lloris told L’Equipe.

‘I’m too rational and honest a man to go that way. I don’t know how to win like that, although I didn’t really want to lose like that either.

‘He was instrumental. Concerning his celebrations, he has been judged enough for that, no need to add anything more.

‘During the shoot-out, he used every trick in the books to destabilise us.’