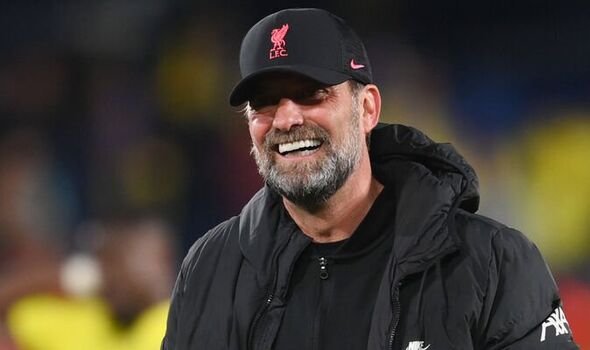 Liverpool’s incredible 3-2 Champions League victory over Villarreal has given them plenty of momentum ahead of their hardest Premier League test before the end of the season against Tottenham on Saturday. Jurgen Klopp’s side renewed their chances of winning an unprecedented quadruple, but must not slip up against Champions League-chasing Spurs. Here is how Express Sport predicts the Reds will line up at Anfield.

Alisson has been key to an improved Liverpool defence this season. The Reds have conceded in just one of their last nine Premier League matches – with Manchester City scoring twice in last month’s draw at the Etihad Stadium.

The Brazilian shot-stopper will hope for another clean sheet against Spurs. But that will be difficult against an in-form attack of Son Heung-min, Harry Kane and Dejan Kulusevski.

JUST IN: Tottenham board hold ‘reservations’ about Mauricio Pochettino return

Klopp’s biggest defensive decision will come at centre-back, where both Joel Matip and Ibrahima Konate have performed well next to Virgil van Dijk. Matip has generally been given the Premier League games, while Konate has featured most prominently in Europe.

On that basis, Cameroonian star Matip will surely get the nod. The 30-year-old has been one of Liverpool’s best performers this season.

Trent Alexander-Arnold was rested for last weekend’s win over Newcastle and will surely return to the Premier League team after getting through the clash against Villarreal. Andy Robertson will play at left-back.

Liverpool have shuffled their midfield around in recent weeks. Club captain Jordan Henderson was a surprise omission against Villarreal and might come back into the starting XI to beef up the midfield against Spurs.

Naby Keita has started the last two games and could earn a rest. Fabinho – whose first goal started the remarkable comeback in Spain – might return to the Premier League team after being used as a substitute against Newcastle.

When once you could easily guess Klopp’s attacking trio of Mohamed Salah, Sadio Mane and Roberto Firmino, having improved options up front has been key to Liverpool’s title challenge.

On Friday, Klopp hinted that Firmino’s foot injury could keep him out against Spurs. That will leave Luis Diaz and Diogo Jota in a battle to play alongside Salah and Mane.

Given his goal and general performance off the bench against Villarreal, it will surely be Diaz who starts. Jota can still make an impact in reserve.