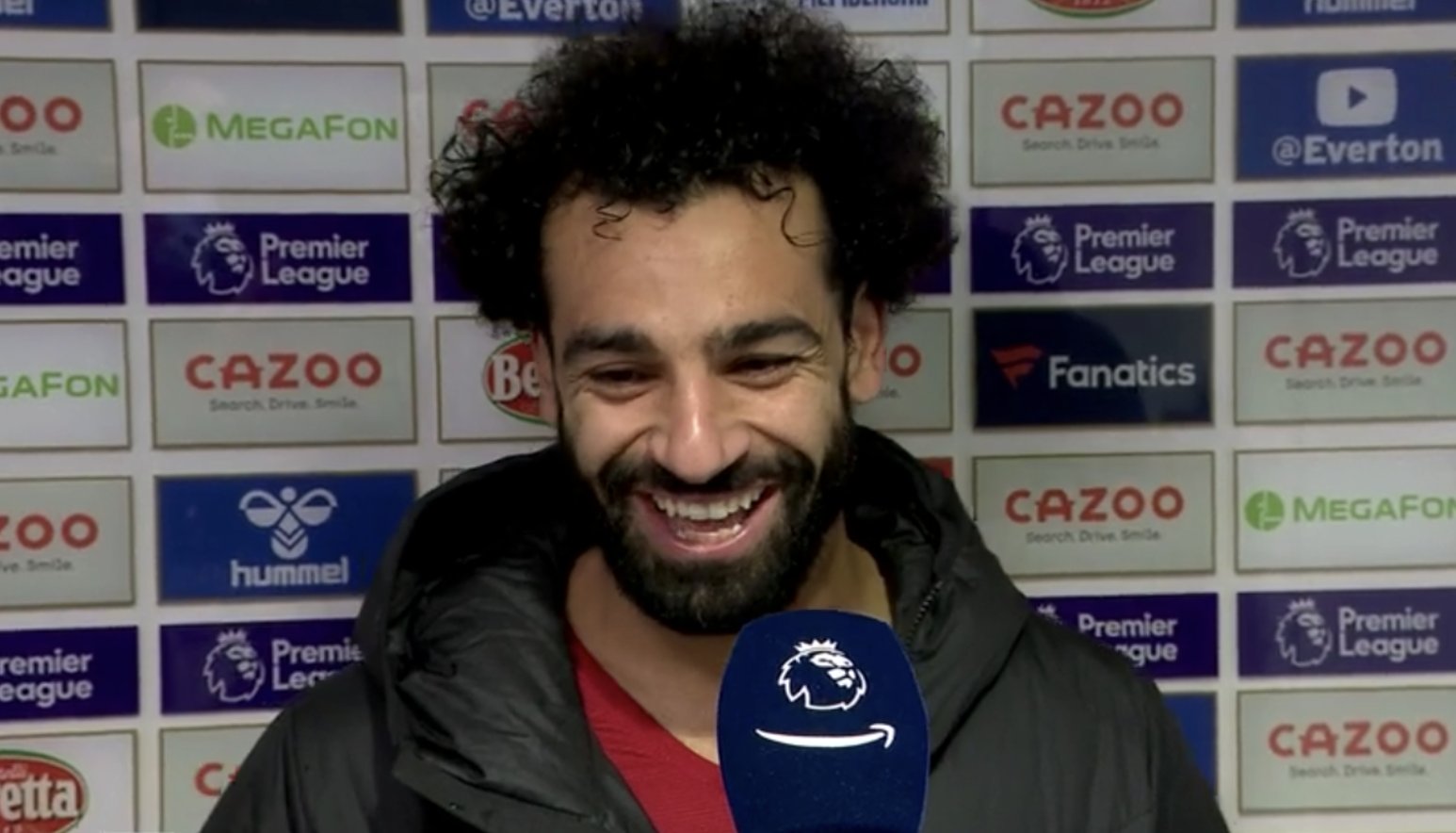 Mohamed Salah laughed off any suggestion he was angry about his seventh-placed finish in the Ballon d’Or rankings and says he’ll ‘hopefully’ finish higher next year.

Salah has already netted 19 times this term and though Liverpool struggled last season, he still managed 31 goals in 51 games for the Reds.

And the 29-year-old was asked about his controversial finish after he scored twice in the Reds’ 4-1 win against rivals Everton on Wednesday but he was in such a jubilant mood that he dismissed any of the talk.

When the reporter suggested he will finish higher next season because of his form this term, Salah replied: ‘Ah hopefully, we’ll never know, thank you.’

Klopp expressed his surprise at Salah’s finish earlier this week.

The German says Lewandowski should have won the award but Salah deserved to finish higher.

‘It is not in my hands. Is the Ballon d’Or a journalists vote? Then yeah, don’t ask me, it’s your fault,’ said Klopp.

‘If you think he should be higher up, then you should convince your colleagues.

‘You can give it to Lionel Messi for the career he has had, all these kind of things, but then don’t give it to Robert Lewandowski this time – so it’s quite tricky to win it at all. Mo definitely should have been higher up.’