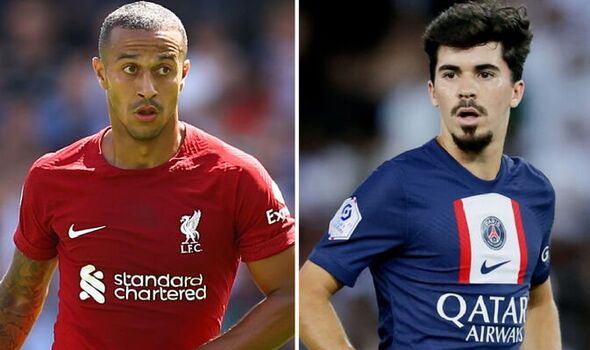 Liverpool’s late search for a midfielder looks likely to amount to nothing. The calibre of players the Reds want, for the kind of price they’re willing to pay, simply aren’t available at this stage of the transfer window. Instead, they will have to wait for next summer to pursue top target Jude Bellingham.

Jurgen Klopp clearly knows his midfield needs a refresh having chased Aurelien Tchouameni before the Frenchman opted to join Real Madrid. The situation will be of even greater importance next summer when James Milner and Alex Oxlade-Chamberlain are both likely to leave upon the expiry of their contracts while Naby Keita could depart on a free too.

And Liverpool may have missed out on an ideal option who they identified as a hybrid of both Keita and Thiago Alcantara. The player in question is Vitinha, who left Porto to join Paris Saint-Germain and who could have been the long-term successor to Thiago – and even Keita – at Anfield.

Liverpool are eager to find a player who offers a similar profile to what Thiago and Keita can offer on the ball. Thiago is one of the best progressive passers in Europe while Keita’s strength is predominantly in retaining possession and carrying the ball to break the lines, but he too can pick a clever pass.

MUST READ: Liverpool and Arsenal can sign £12m star who Gunners were quoted £55m for 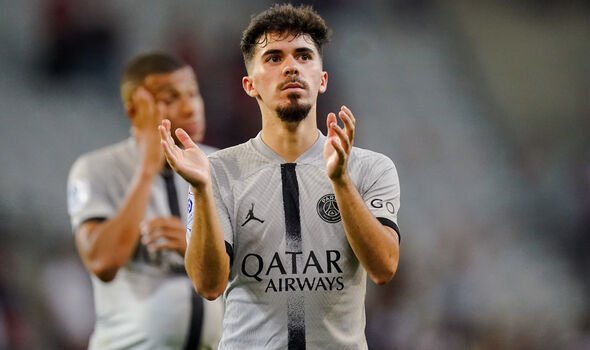 Thiago has missed nearly 50 matches since joining in the summer of 2020 due to knocks, niggles and illness while Keita’s list of games missed stands at 62, both per Transfermarkt. Were they more durable, Liverpool’s search for new midfielders would be less of a priority given their qualities.

Sadly for the Merseyside outfit that is not the case, as their current lay-offs prove. But Liverpool were pipped to Vitinha by PSG before they could firm up their interest. Otherwise, he is a player they might have looked at late on in this window, especially given he played in Portugal where they have recruited Luis Diaz and Darwin Nunez from recently.

The 22-year-old was at Porto but was snapped up by PSG who activated his £34million (€40m) release clause at the end of June. Vitinha became the French champions’ first summer signing after a season in which he had been named in the Primeira Liga’s best XI for helping Porto win the league.

Sky Sports say Vitinha had been picked out as a player who had the most similar attributes to what Liverpool are looking for. Thiago and Keita are world-class talents at their peaks but neither have been available as much as Klopp would like. When Keita has been fit for extended periods, his form has fluctuated too much.

The Portugal international had earlier had an unsuccessful spell on loan at Wolves in which he made 19 Premier League appearances. He found his feet at Porto last season with four goals and five assists in 47 matches.

Liverpool did not see midfield as a top priority earlier in the summer so did not make a bid. Even if he was available, they might have deemed Vitinha in need of another season of regular starts at Porto before he was ready to make an impact under Klopp.

But it looks as though they will never find out. Now, instead, they are having to watch Vitinha start for PSG alongside Lionel Messi and Kylian Mbappe. And their midfield search will have to wait, with Bellingham the main man in their crosshairs for 2023.