Liverpool have been linked with a move for Arsenal target Mykhaylo Mudryk in the January window, but also face competition from Newcastle and Sevilla for the Ukrainian’s signature. The winger’s performances in the Champions League have seen interest hot up for the Shakhtar Donetsk star, but any interested parties will have to pay upwards of £27million for the 21-year-old.

After two goals in his two opening Champions League games, the Ukrainian club were proved right to turn down Everton’s offer for the forward in the summer as they will likely be able to command more than the £27m offered.

Arsenal, Newcastle and Brentford have been linked with Mudryk in the summer, but Calciomercato claim that Liverpool have joined the race for the hot prospect and “will make an attempt in January” to sign the winger, who is also wanted by Sevilla.

Brentford were ready to break their transfer record for Mudryk in the summer, but they could not agree a deal with Shakhtar. Arsenal attempted to add another winger to their ranks in Raphinha and Mudryk, but failed to get either deal over the line which has left the door open for Liverpool to swoop in for the starlet. 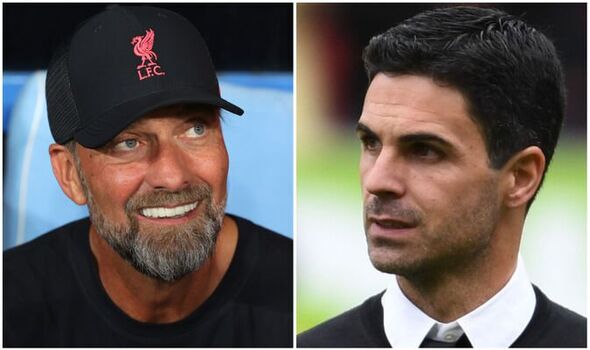 Mudryk has already admitted that it would be tough for him to turn down a move to England in the future. “I do dream [of the Premier League]. I think every guy dreams about the Premier League,” Mudryk told CBS Sports. “Arsenal is a very good team with a very good coach. I like the way they play.

“Yes it would be hard to say no from my side, I can’t say no but the transfer is not only my decision and my word. In winter we will see. There was a lot of discussion about the transfer and the collapse [of the deal] and who wants me but it’s normal now. I’m in Shakhtar and I want to play in this team.” 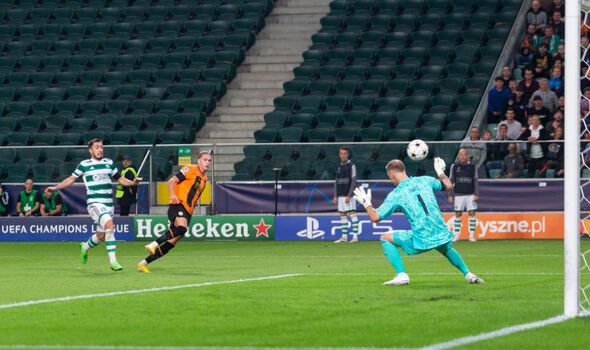 While Shakhtar sporting director Darijo Srna confirmed that his side rejected a £26million bid from Everton in the summer, meaning either Jurgen Klopp or Mikel Arteta would have to fork out considerably more than the Toffees.

“We received an offer of €30million [from Everton],” Srna told CBS Sports. “And when our president doesn’t sell a player for €30million, especially in such difficult times, he is sending a message to everyone that he wants to progress in the Champions League and to win the championship.

“Mudryk is a serious talent. After Kylian Mbappe and Vinicius Jr, he’s the best player in Europe in his position. If someone wants to buy Mudryk they must spend a lot, a lot, a lot of money and respect our club and our president.”