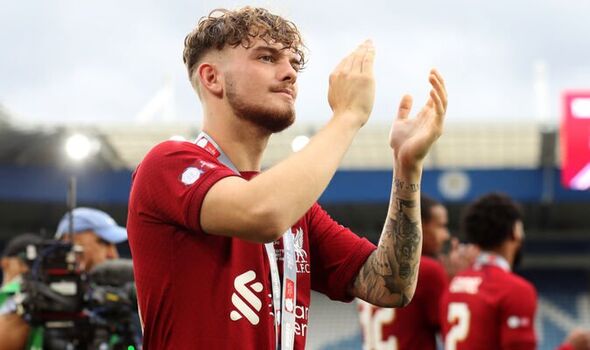 Liverpool will be hoping they’ve got another Harvey Elliott in their hands – but not in the immensely-talented Fabio Carvalho who they also signed from Elliott’s ex-club Fulham this summer. No, instead, in Tyler Morton who has been sent out on loan to Blackburn Rovers by Jurgen Klopp.

Elliott enjoyed an incredibly productive 2020-21 season in the Championship on loan at Blackburn. The then-17-year-old played 41 times in England’s second tier and returned seven goals and 11 assists.

He returned to Liverpool and last season enjoyed a strong start to the season for the Reds’ first team. He started three of their first four Premier League matches but his campaign was curtailed early by a nasty ankle injury that assistant Pep Lijnders has since revealed left team-mate Naby Keita in tears in the dressing room.

While that injury restricted him to just 11 appearances last season, the teenager – a boyhood Liverpool fan – appears primed for a huge season this term. He has impressed in pre-season, Klopp at the weekend noting that he “improves every day”, and will hope for regular minutes in midfield and also possibly as a back-up to Mohamed Salah on the right wing. 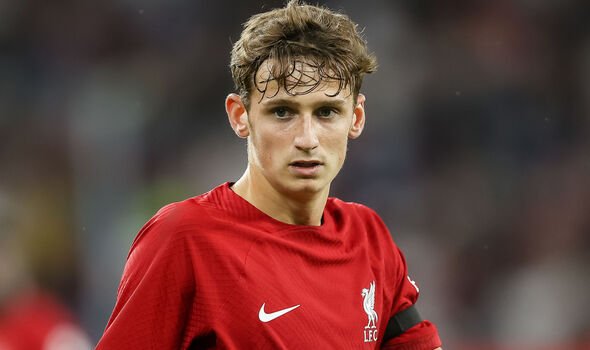 And in Morton Liverpool will hope they have another player who can return to Merseyside ready to blossom the season after a spell at Ewood Park. Klopp has high hopes for the academy graduate. Morton, 19, played nine times for Liverpool’s senior side last year and started in the Champions League against Porto and AC Milan.

Klopp labelled his football brain “absolutely sensational” after a win at the San Siro, where he played as a holding midfielder although his best position is in a more advanced role. Just last month the Reds boss added: “By the way, Tyler Morton in training, incredible! He plays as a No 8 now. We don’t force him to play as a controlling No 6 in a Premier League game. He’s training as an eight, and it’s like ‘Wow, how good is that?!’ He’s still here.”

Competition for places at Anfield means Morton has been sent out to Lancashire for the season despite his talents. And while Leighton Clarkson had an unsuccessful period on loan at Blackburn last term, Klopp and Liverpool will hope Blackburn boss Jon Dahl Tomasson can get out of Morton what Tony Mowbray got out of Elliott.

MUST READ: Arsenal could use new transfer funds for two deals including Tielemans

The Blackburn new boy has even revealed that Elliott played a part in his move to Rovers, saying: “Speaking to Harvey and Leighton, they gave a real positive impression about the club and they persuaded me a bit more to come here, not that I needed much persuading.

“I’ve heard nothing but positivity from them about the place. I want to follow in their footsteps, play games, get experience and look to kick on.”

Now the challenge is over to him to follow in Elliott’s footsteps more than Clarkson’s. As it stands the trio of Keita, Alex Oxlade-Chamberlain and James Milner are all out of contract in 2023 with a midfield refresh looking inevitable. Morton can be a big part of the engine room’s next era if he takes his chance out on loan.