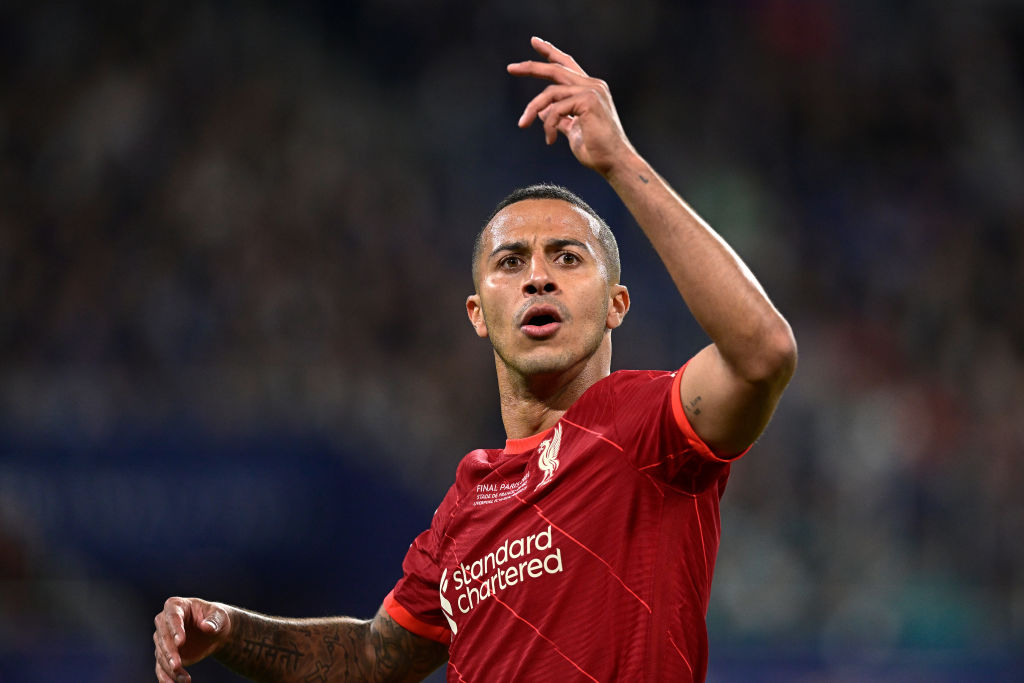 Former Liverpool midfielder Dietmar Hamann has launched an attack on the current Reds stars in the middle of the park, labelling Thiago Alcantara as ‘one of the most overrated players in European football.’

The former Germany international reckons the Reds need a revamp in midfield after they missed out on the Premier League and Champions League this season by the narrowest of margins.

Hamann believes there is a lack of creativity from Liverpool’s trio of midfielders, whichever three Jurgen Klopp chooses to field.

He has been particularly critical of Thiago, who he feels offers little in games the Reds are not controlling, while Naby Keita has also come in for criticism and Jordan Henderson has been dismissed as functional.

‘In my opinion, the Reds need to modernize the team a bit, especially in midfield,’ Hamann told Sky Sport Germany.

‘I don’t understand the hype about Thiago. For me he is one of the most overrated players in European football.

‘When things are going well and you have a lot of possession he’s a good player, but when push comes to shove you don’t see him.

‘If you need someone who sets accents, then he doesn’t do it.

‘Keita is also a disappointment, [Jordan] Henderson is a worker. They need a player who can make the difference and give the team that extra something.’

Liverpool do have youngsters Curtis Jones and Harvey Elliott forcing their way into the first team, both of whom could provide the creativity from the middle of the park that Hamann is hoping to see.