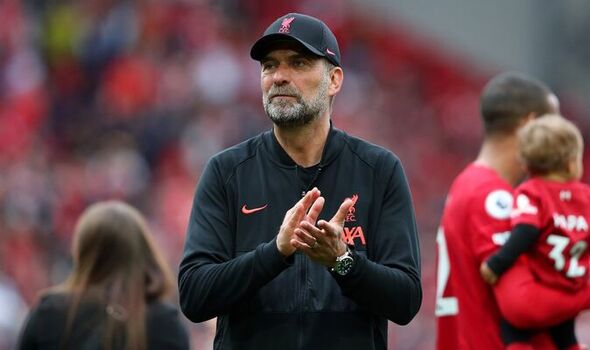 Liverpool remain interested in Aberdeen star Calvin Ramsay, but they will reportedly face even more competition for his signature this summer. The Reds aren’t expected to spend big in the summer with Fabio Carvalho the first to arrive through the door.

They’ve agreed to pay Fulham a fee in the region of £5million with the teenager out of contract at the end of June. Carvalho is coming off the back of an impressive breakout campaign in the Championship with 10 goals and eight assists helping the west London club earn promotion to the Premier League.

And it appears as though Liverpool are looking to build for the future with other targets this summer. Aurelien Tchouameni has been linked with a move to Anfield, but Monaco’s asking price for the 22-year-old may prove too high for Liverpool.

Jurgen Klopp seemingly wants to bolster his options at full-back this summer though and Aberdeen’s Ramsay has caught the club’s eye. At just 18 years of age, Ramsay would be one for the future at Anfield and he would still have to compete with Trent Alexander-Arnold for a regular starting spot.

But the Reds would be able to offer Ramsay the chance to join a team capable of battling on all fronts where minutes could be available. Leeds have also been following Ramsay’s progress and would present him with an opportunity for regular game time.

However, The Scotsman now claim that Bologna are planning to return to the ‘negotiation table’ after failing to prise him away from Aberdeen in January. The report states that Bologna failed in their bid to sign Ramsay for £4.8m just a few months ago.

Denso Kasius was signed as a cheaper alternative to Ramsay, but Bologna are reportedly willing to return for the Scottish full-back this summer. Bologna already have ties to the Scottish market having signed Aaron Hickey two years ago with the 19-year-old already attracting interest from big clubs over Europe.

Ramsay is fully aware of the impact Hickey has had in Italy, but recently admitted that he’s trying to ignore the transfer interest around him.

“It’s good being linked with big clubs but I’ve just tried to block it out really,” he said. “You can’t get caught up in all of that. That’s the worst thing, especially as a young player.

“I’ve just broken into the first team this season, so I’m trying to block it out and keep playing my game. If you come into the first team and play well, like I have, anything can happen. The likes of Aaron Hickey came in at Hearts. He did well and got a big move to Serie A and he’s been brilliant, scoring goals and everything.

“Andy Robertson at Liverpool and Tierney at Arsenal, they’ve all been brilliant and they’re players I look up to, especially as they are full-backs like me. I’ve seen what they’ve done. I feel I could go on to do that as well.”