Liverpool had ‘NOT planned to move for Cody Gakpo this January but changed their plans following Manchester United interest’, as Jurgen Klopp persuaded the board to splash out on the forward following injuries to Diogo Jota and Luis Diaz

Liverpool were forced into moving earlier for Cody Gakpo than they planned after injuries to their forward line and rival interest from Manchester United, reports have claimed.

Gakpo reached an agreement with Jurgen Klopp’s side on Wednesday, and signed from PSV for £44 million when the transfer window opened on New Year’s Day.

The signing is something of a coup for Liverpool, as the Dutchman had been heavily linked with Manchester United until just days before the deal was agreed. 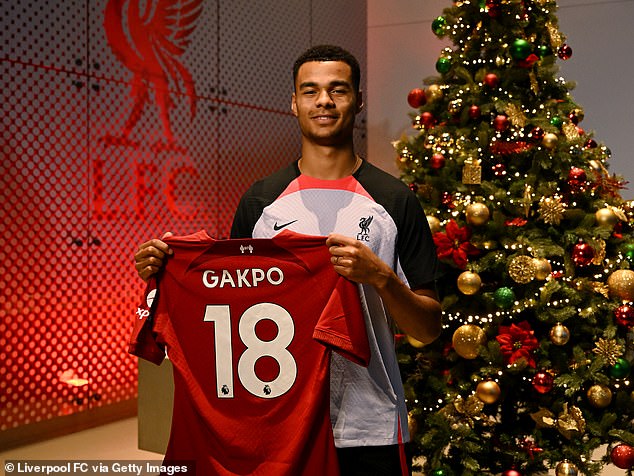 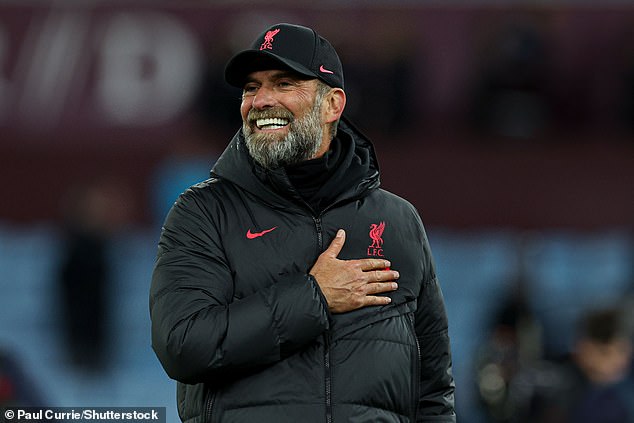 It has since come to light that United inadvertently played a big role in the transfer. According to reports in the Liverpool Echo, Liverpool had initially wanted to sign Gakpo next summer, but moved their plans forward to stop him from joining Old Trafford.

They also claim the Reds had been scouting the 23-year-old for some time, and that the deal was completed after intense negotiations that saw staff from both clubs working through Christmas day.

Klopp is believed to have persuaded the board they needed to bring him in as cover for Diogo Jota and Luis Diaz, who are both currently out injured. 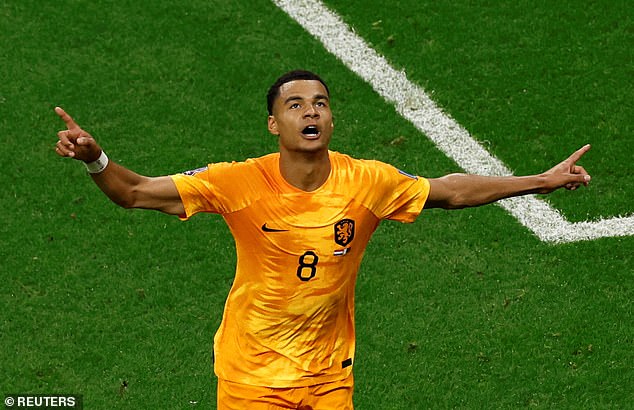 The 23-year-old had an impressive World Cup campaign, bagging three goals for Holland

The Liverpool boss spoke highly of his new signing earlier this week, saying: ‘He is a young player with a lot of potential.

‘If he would have already been scoring 40 goals in Spain or whatever he would be unaffordable. These kinds of things, it’s all about timing, getting these boys at the right moment that they didn’t already score 55 goals per season and stuff like this. That’s why we were really convinced.’

Not only did Liverpool snub a major rival by signing Gakpo, they have also brought in one of the most highly rated young forwards in Europe at an excellent price. 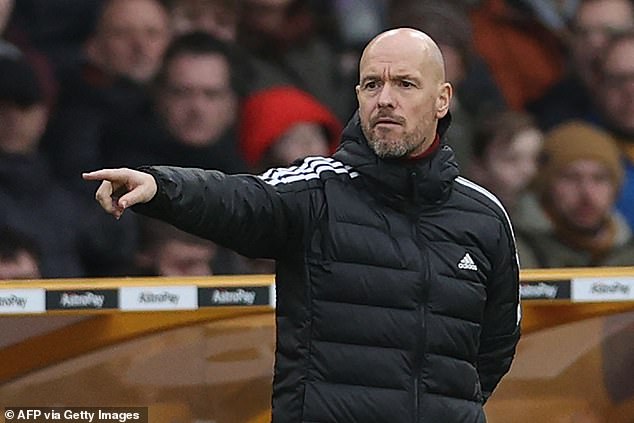 He was excellent for the Netherlands at the World Cup, bagging three goals in five games as they reached the quarter finals.

Gakpo’s club form has also turned heads this season, after he hit 13 goals in 24 games across all competitions for PSV before the winter break.

If Liverpool are to have a chance of making the top four this season, they will need Gakpo to demonstrate why he has been so highly rated up until now.

For United, missing out on the Dutchman will be a big blow as they search for a forward following Cristiano Ronaldo’s departure.