Behind the scenes as Man Utd train for Liverpool friendly

Liverpool manager Jurgen Klopp could have filled a four-year-long void since Philippe Coutinho’s departure this summer. There was little room for positivity after Liverpool suffered a 4-0 mauling at the hands of Manchester United in their pre-season opener on Tuesday. However, Fabio Carvalho’s Bangkok Century Cup display was an interesting talking point.

Carvalho made his first appearance for the club since completing a delayed switch from Fulham earlier this summer. The 19-year-old playmaker featured amongst Klopp’s side for the first 30 minutes, playing as the most advanced in a midfield three also containing Jordan Henderson and Tyler Morton.

He was unlucky to leave the Rajamangala National Stadium without a debut goal, hitting the post with an effort to round off a promising showing. Many Liverpool fans have bemoaned the club’s failure to sign a midfielder capable of regularly starting ahead of the 2022/23 season, but Carvalho could challenge earlier than expected.

The Portugal U21 international showcased exciting runs from deep, excellent link-up play with wingers Harvey Elliott and Luis Diaz and wasted no time pulling the trigger if the opportunity arose. Particularly that final trait is something Klopp has arguably missed since Coutinho’s exit for Barcelona, contributing to his wing-heavy play style. 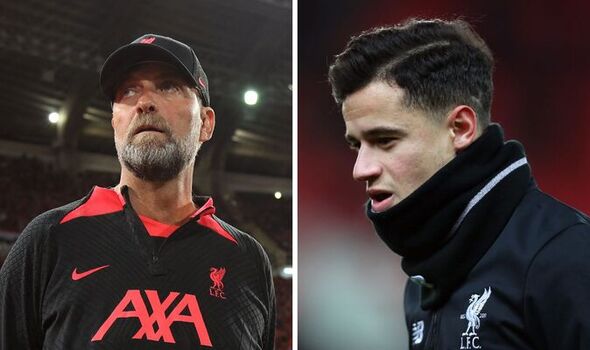 Carvalho wasn’t scared to carry the ball into the centre of the final third, forcing United’s defenders to retreat before looking to shoot or laying out one of Liverpool’s wide players. It’s a role Elliott thrived in at times last season, with both stars fitting into Klopp’s demanding philosophy seamlessly.

A player of that ilk will add an extra dimension to the German coach’s already imperious outfit. And while it’s challenging to assess a player in detail over 30 minutes of football, if Carvalho started as he means to go on in a red shirt, Liverpool may have found a Coutinho replacement much earlier than they had initially anticipated. 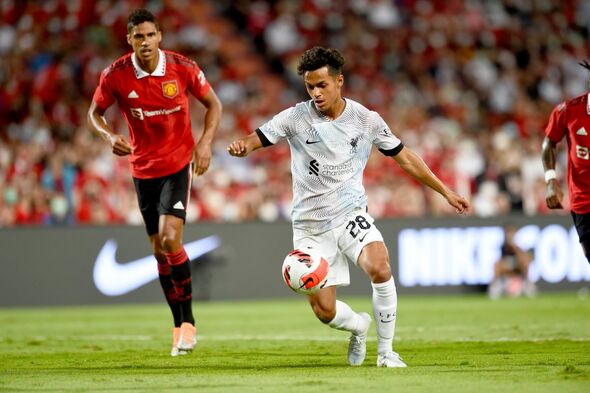 Speaking to LFC TV after his first Liverpool appearance, Carvalho described the occasion as bittersweet due to the manner of the defeat to their bitter rivals. However, he flaunted his confidence, stating his intention to go one better than hitting the post in the Reds’ next pre-season game.

He said: “We have a winning mentality that starts in training, and we want to win at any cost. Today is bittersweet for me as it’s not nice to get beat, especially in the way we did against United. We’ll make sure we correct our mistakes and put it right in the next game. Next game, I’m sure I’ll score. That’s the mentality you’ve got to have!”