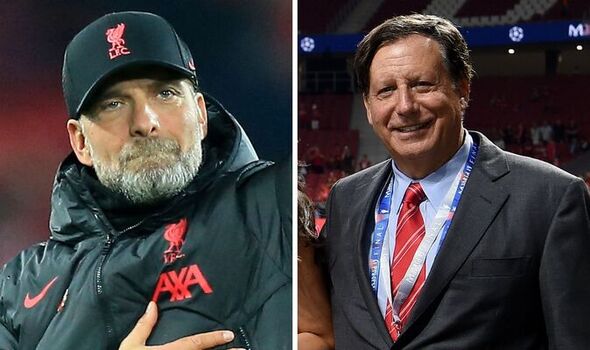 Liverpool chairman Tom Werner has made the first public admission that Fenway Sports Group are “exploring a sale” in a move that could impact Jurgen Klopp in the transfer market. FSG have been in control of Liverpool ever since 2010 after Tom Hicks and George Gillett were forced out of the club.

But news broke earlier this month that they were looking for a different challenge and were ready to step back from their majority sharehold in Liverpool football club. Their initial statement suggested they would more inclined to bring in new shareholders in a bid to bring in extra funding.

The news sparked huge interest from all over the world with some of the richest businesses looking to invest. Any new minority shareholders would potentially see Klopp handed a transfer kitty for the upcoming transfer windows.

But Werner has now confirmed publicly that FSG’s first option would be to sell up their majority share.

”We’re exploring a sale, but there’s no urgency, no time frame for us, and as far as I’m concerned, it’s business as usual,” Werner told the Boston Globe. “One outcome could be our continued stewardship for quite a while.”

If a sale does go ahead, Klopp’s transfer situation could look vastly different to what it does now. Under FSG, the Liverpool boss has enjoyed good success in the transfer market with the likes of Mohamed Salah, Sadio Mane and Andy Robertson all being snapped up for relatively cheap deals.

But they’ve also been unable to compete with the likes of Manchester City, Real Madrid and Paris Saint-Germain in terms of wages. Klopp has been open about how the club wouldn’t be able to sign a player like Kylian Mbappe for example due to the salary involved.

If a full-scale Liverpool sale does go ahead, it’s likely their situation in the transfer market would change, depending who comes in. But Werner’s comments also make it clear that FSG won’t rush into a decision and they’re prepared to wait for the right offer.

Liverpool have already had changes off the field as a result of FSG being put up for sale with Mike Gordon stepping away from his usual role to oversee any possible transaction. “Mike Gordon has done an extraordinary job of leading the club for the past decade-plus,” FSG partner Sam Kennedy said.

“He will be taking a step back from that role and Billy Hogan will be taking on more and more. Billy’s someone we’re particularly proud of in the Red Sox front office; he grew up in our organisation.”