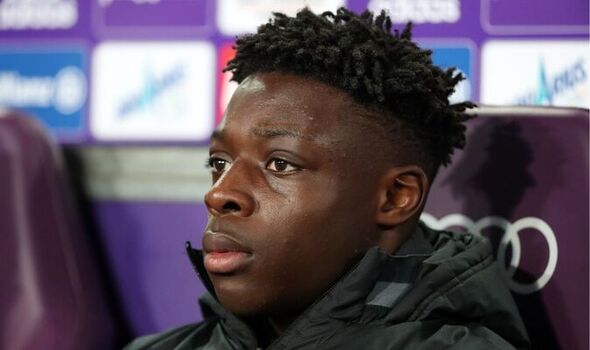 Jurgen Klopp is alleged to have told Jeremy Doku and his father that the young Belgian was considered to be the perfect successor for Sadio Mane, who is now set to leave Liverpool this summer. The Senegal international’s decision, which is centred around his desire to pursue a new challenge after six years at Anfield, will provide the German with the chance to bolster his attacking options but replacing his Premier League and Champions League-winning forward is by no means an easy task.

Mane has already cemented his status as a modern-day Liverpool legend despite failing to help the Reds over the line in this year’s Premier League title race and Champions League final in Paris.

He is now expected to depart with Bayern Munich keen to land the deadly winger, who is about to enter the final 12 months of his Liverpool contract.

Liverpool are now tasked with finding a suitable replacement but if history is anything to go by, Klopp may already have one avenue worth exploring in his mind.

Back in 2018, the Reds were in the running for 19-year-old winger Doku, who later decided to stay with Anderlecht before later signing for Rennes in France.

The young teenager was invited to Melwood to meet Klopp for discussions, whilst he also spent time talking to the likes of Mane, Simon Mignolet and Gini Wijnaldum.

And according to the player’s father, Klopp even told the jet-heeled forward that he could be Mane’s long-term replacement, if he was to sign on the dotted line.

“At the age of sixteen Jeremy could sign a pro contract with Anderlecht, but even then Arsenal, Liverpool, Chelsea, Man City, Ajax and PSV were interested,” Doku’s parents told Het Niewsblad.

“We then visited clubs like Liverpool and Ajax, but Stellar Group left us the choice.

“My (David, Doku’s father) preference was Liverpool. How we were received there, damn.

“Trainer Klopp explained how he saw a potential successor to Sadio Mane in Jeremy. Steven Gerrard showed us videos with tactical analysis.

“At the training complex [Simon] Mignolet, [Sadio] Mane and [Georginio] Wijnaldum came to talk to us. Yet Jeremy was distracted by the talk. Liverpool panicked.”

Despite an eye-catching performance against Italy for Belgium at Euro 2020, Doku’s lack of progress at club level with Rennes would suggest he represents a gamble when it comes to replacing Mane.

While he is only 20, his figures would suggest it would be slightly premature to suggest he is ready to fill the void that Mane will leave behind on Merseyside.

This season, Doku has managed just one goal and two assists in 14 Ligue 1 outings, after battling injury problems.

Doku remains a player for the future and a young prospect Liverpool will continue to monitor in the coming seasons but for now, a move seems highly unlikely.

Instead, Liverpool are expected to invest in a far more established forward, ideally with Champions League pedigree.

Benfica frontman Darwin Nunez is now believed to be among Klopp’s preferred targets after the Uruguayan centre-forward struck in each of their quarter-final matches against Liverpool this season.