Liverpool are highly unlikely to add to their squad before the end of the transfer window, despite Jurgen Klopp’s wishes to sign a new midfielder.

The Reds want a Champions League-standard player to go straight into their starting line-up, but no one who fits that profile is immediately available.

Frenkie de Jong, Moises Caicedo and Sander Berge have all been linked with moves to Anfield in recent days but Sportsmail understands that there is little truth in these rumours. 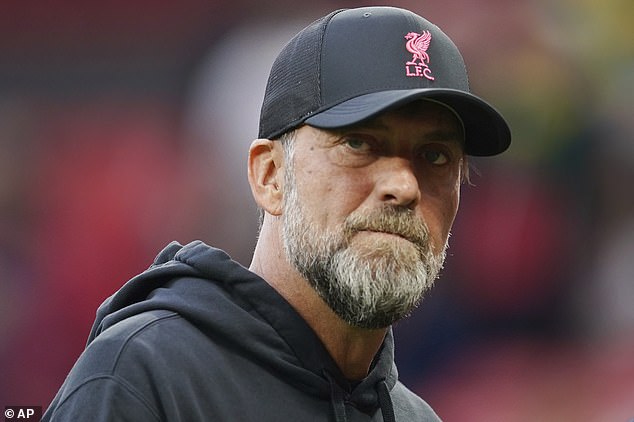 Jude Bellingham is Jurgen Klopp’s number one target, but Liverpool have accepted that they will have to do a deal for the England international next summer as he wants to stay at Borussia Dortmund for one more season.

Klopp long-insisted that the club’s transfer business was ‘done’, before performing a U-turn on that view as a midfield crisis emerged at Anfield.

Thiago Alcantara, Naby Keita, Curtis Jones and Alex Oxlade-Chamberlain are all currently out injured, while Jordan Henderson, 32, and James Milner, 36, have struggled to put in the performances expected at the very highest level as their age catches up with them.

Liverpool’s 9-0 win over Bournemouth on Saturday, as Fabinho replaced Milner in the starting XI, was their first league victory of the season after they picked up just two points from their first three matches. 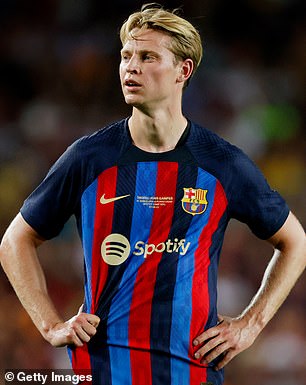 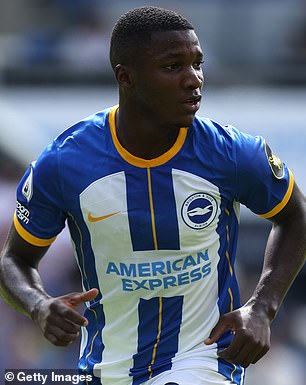 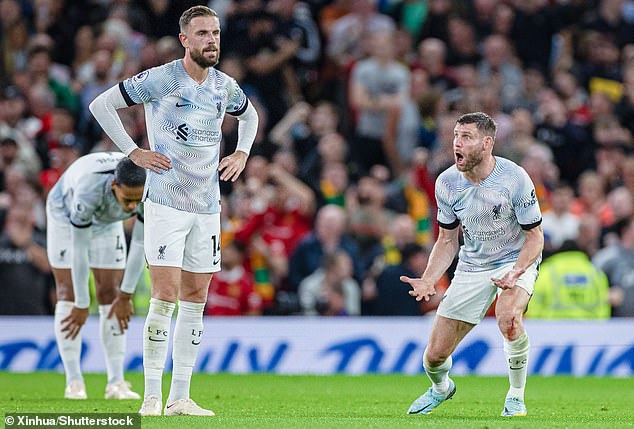 Jordan Henderson, 32, and James Milner, 36, have struggled to perform so far this season

But Klopp has made it clear that he while he wants a new midfielder, he will not sign one just for the sake of it and any new arrival must be the correct fit for his team.

‘I am the one who said we don’t need a midfielder, and you were all right and I was wrong,’ the German said last week. ‘That’s the situation. But the specific point doesn’t change — we will do something but it has to be the right one.

‘We are actually working constantly on these things, sometimes [a possible transfer is] too expensive, sometimes not the right player, sometimes the situation changes. We are working and will see if something will happen or not. I don’t know.