Haaland unveiled as Man City player after switch from Dortmund

Mohamed Salah inspired Liverpool to Community Shield glory after setting up one and scoring a penalty in the 3-1 win. Darwin Nunez got the better of Erling Haaland to score his first competitive goal in England while the Norweigan struggled and missed a sitter very late on.

Here Express Sport rates the players on their performances.

Liverpool fans would have been worried when they saw the Spaniard’s name on the teamsheet. Despite a solid start, he was at fault for the equaliser after he was not strong enough at Foden’s feet.

Scored the opener and linked up well with Salah. Was hooked after 70 minutes to keep himself fresh for the start of the season.

Gave away nothing at the centre of the defence.

Helped drag the side forward and got into fantastic position. Key role in the third.

Helped keep De Bruyne very quiet and was the strong base that Liverpool’s success was built upon.

His usual hard-working self in midfield.

Controlled the play in the centre of the park.

Was a threat all afternoon and regularly terrorised Cancelo. Set up the opener and scored the decisive penalty.

Did his best to link play but struggled to find his team mates very often. Passed up a good opportunity at 1-0 when he failed to feed Robertson in. Subbed for Nunez after 58 minutes.

Did his best going forward but did not create too much. 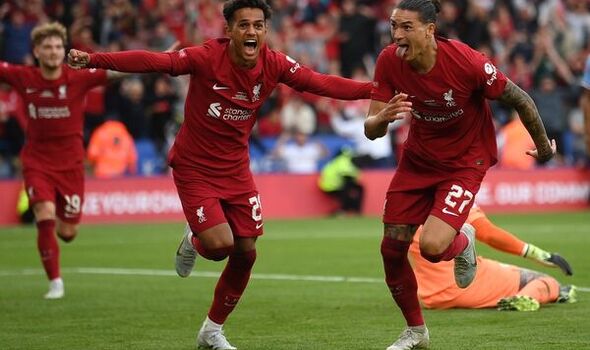 Looked a handful after replacing Firmino. Missed a one on one but made up for it his header helped win the Reds penalty and then scored the third.

As solid and dependable as ever despite being played out of position at right back.

Helped Liverpool see out the game.

Little time to make an impact after replacing Diaz.

Had no chance with the goal and saved well from Nunez after he was through on goal. Dealt well with Liverpool’s crosses.

Did not give Diaz much of an opportunity but also struggled to offer anything offensively.

The City captain was a solid presence at the heart of the back four for most of the match. However, let himself down after giving away the winning penalty for handball.

Made some good blocks and tackles as well as being a strong presence in the air. Was unfortunate to deflect Alexander-Arnold’s shot for the first goal as he tried to desperately block the attempt.

Struggled to contain the impressive Salah and struggled to get a tackle in against the Egyptian. 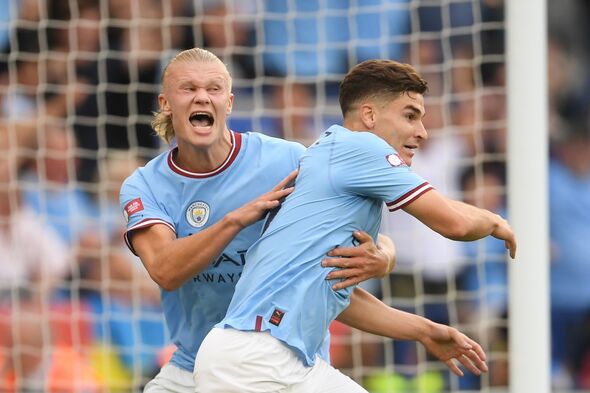 A calming presence in midfield and continually helped City to keep ticking the ball over.

Was not at his best, failed to supply Haaland and regularly dispossessed in midfield. Subbed.

Played a few good through balls and set up the team’s best chance of the first half with a good cross for Haaland.

Did not insert himself upon the game at all before being hauled off early in the second half.

Displayed good movement off the ball but was not frequently supplied by his teammates. Missed a good chance from a cross at 1-0 then missed absolute sitter in the final minute.

Spent too much of the game trying to play safe, resulting in him heading back towards his own goal more frequently than he moved forward. Hooked before the hour mark.

Instantly improved the Citizens after coming on for Grealish. Played a key role in the team’s equaliser.

Looks to be a real talent and was an upgrade on Mahrez. Scored the equaliser from close range after good work from Foden.

Did not impose himself after replacing De Bruyne. Couldn’t repeat his super sub exploits from last season.