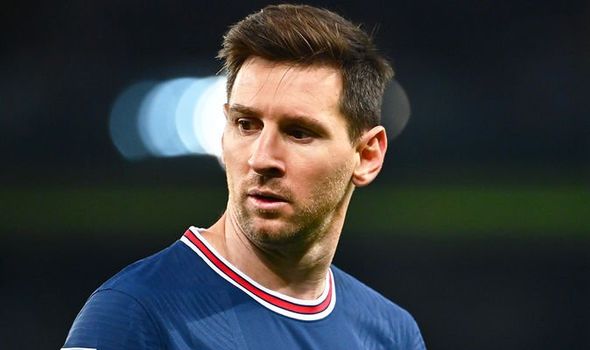 Lionel Messi’s tough start to life at Paris Saint-Germain continued on Friday as he was substituted at half-time of the Ligue 1 clash at home to Lille. Messi is still yet to score a league goal for PSG since his free transfer in the summer. The Argentina superstar has faced strong criticism from the French media for his slow start in the capital.

Lille were leading the match 1-0 at half-time when Messi was taken off.

There were no indications that the 34-year-old was struggling with an injury in the first half.

However, Ovacion24 claimed Messi had a muscular issue which meant he could not continue.

Ahead of the match, French newspaper L’Equipe made their feelings clear on Messi’s time at PSG so far.

Their front page had a picture of Messi looking disappointed and the headline: “Finally a good start?”

The publication added in the copy: “Since his arrival at PSG, Messi has not yet reached the performances he showed at Barca. There is still no concern, but impatience is beginning to spread.”

Speaking to French outlet RMC, Anelka said: “Today we demand from Neymar, but we can do the same with Messi.

“Since the beginning of the season he has not been extraordinary either.

“There is a player who has six Ballon d’Ors and in the end he is not so extraordinary.”