Lille 1-7 PSG: Kylian Mbappe scores after just EIGHT seconds and nets his first hat-trick of the season to send the Parisians top of Ligue 1, with Lionel Messi and Neymar also on target in landmark victory

Kylian Mbappe scored the fastest Ligue 1 goal for 30 years to set champions Paris St Germain on their way to a runaway 7-1 victory at Lille on Sunday as they kept up their 100% start to the new Ligue 1 season.

Mbappe took only eight seconds to lob the ball into the Lille net after being teed up by Lionel Messi, equalling the record set in 1992 by Michel Rio for Caen against Cannes.

The France World Cup star completed a hat-trick while there were two for Neymar, one for Messi and another for flying fullback Achraf Hakimi in a devastating display of their prowess and dominance in the French league. 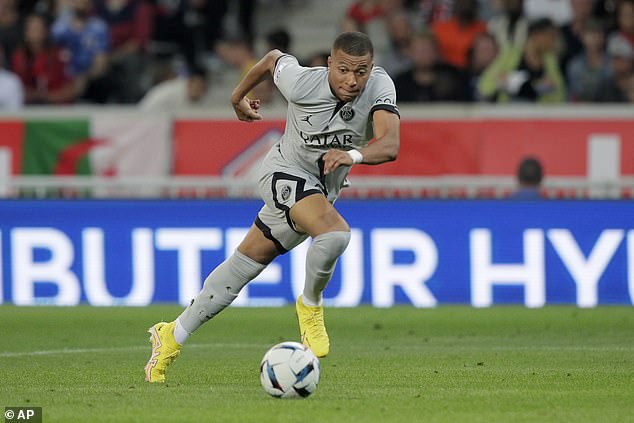 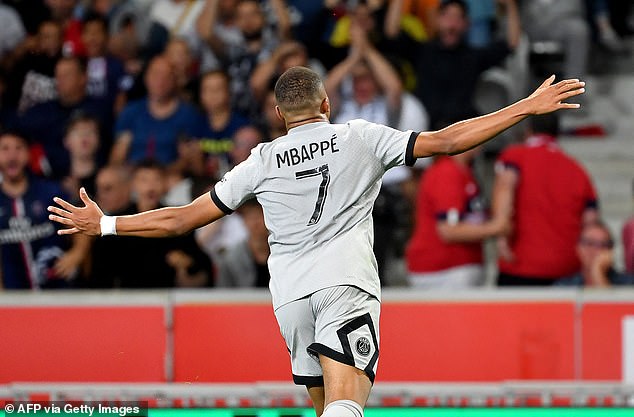 PSG have scored 17 goals in winning their first three games of the season and are two points above Racing Lens and Olympique de Marseille, both winners on Saturday.

Sunday also saw home success for Clermont and Stade Rennes and wins away for Auxerre and Stade Brest as they both marked their first victories of the new campaign. 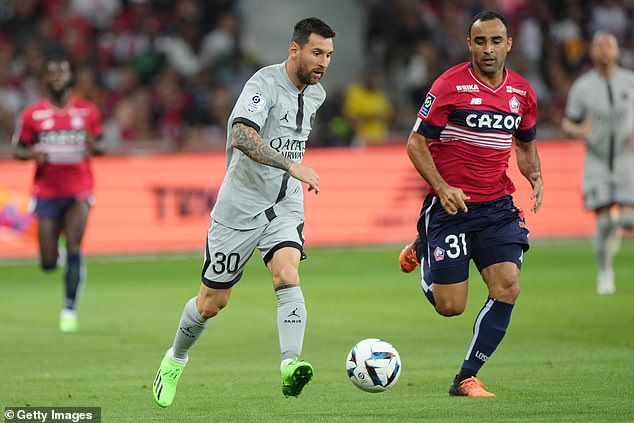 The weekend also saw a total of 11 red cards for the first time in 30 years, including four as newly promoted Auxerre won 2-1 at Montpellier.

But Sakho then gave away the penalty that Mathias Autret converted for a 75th minute winner, five minutes after Nuno da Costa equalised for Auxerre. Both sides ended down to nine men. 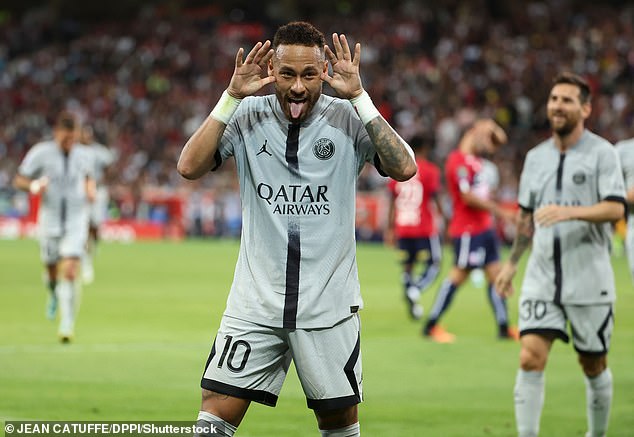 Angers had Halid Sabanovic sent off after 34 minutes, after which Brest took advantage to win 3-1 with a double from Jeremy Le Douaron.

Saif-Eddine Khaoui scored past Kasper Schmeichel in the sixth minute as Clermont beat Nice 1-0 at home to move up to fifth in the standings. Nice had Mario Lemina sent off for a bad tackle and then Jean-Clair Todibo for dissent in the last 10 minutes of the game.

Rennes also won their first game of the season as they had the upper hand over Ajaccio with goals from Martin Terrier and Arthur Theate on either side of Mounaim El Idrissyâs score for the Corsican club.

Toulouse fought back to draw 2-2 at home against Lorient after falling behind as early as the second minute.