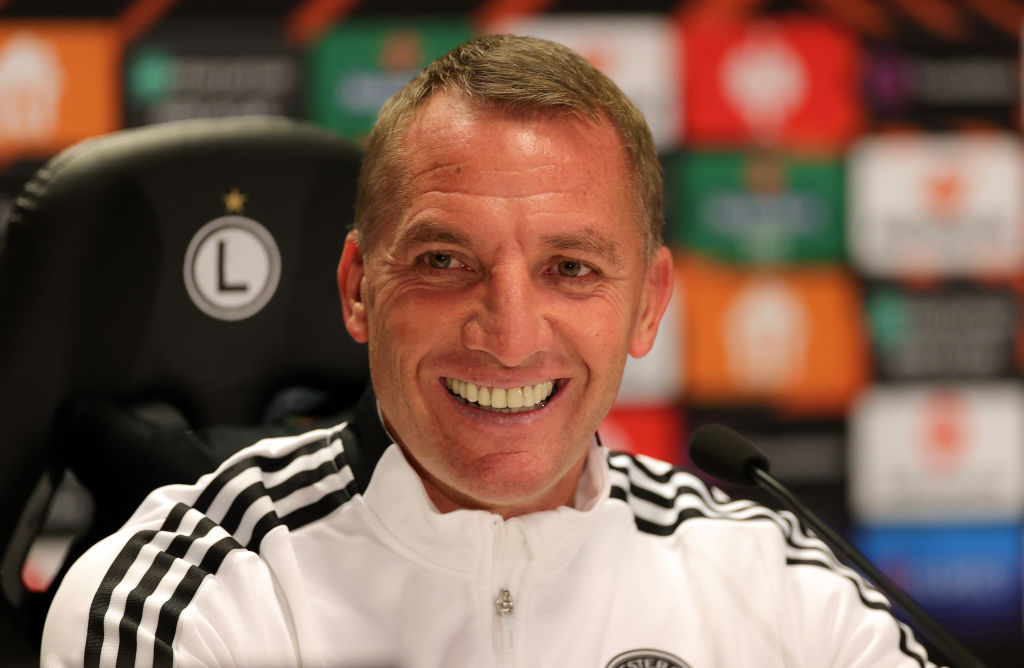 Leicester City manager Brendan Rodgers insists he is not thinking about the possibility of taking over at Manchester United and is only focussing on silverware for the Foxes.

Red Devils boss Ole Gunnar Solskjaer is under huge pressure at Old Trafford after the 5-0 thrashing at the hands of Liverpool last weekend.

Solskjaer’s side sit seventh in the Premier League and although it is still early in the season their title challenge appears to be dead, or at least in critical condition.

United travel to Tottenham Hotspur on Saturday and another defeat could spell the end for Solskjaer if the board decide enough is enough and a change is needed.

The likes of Antonio Conte and Zinedine Zidane have been mooted as possible replacements for the Norwegian, as has Rodgers, who has impressed with Leicester, Celtic and Liverpool in recent years.

Rodgers was asked about the speculation and any temptation of moving to Old Trafford, but he dismissed the idea.

‘I don’t even think about it,’ Rodgers said on Friday. ‘I’m sure the supporters are probably tired of it. At Leicester, there is always a link.

‘My focus is always here with Leicester and developing the football club and challenging for honours.

‘The directors, staff and players all have the same vision.’

Solskjaer is not ready to accept his fate just yet and is hoping to bounce back from the nadir of Sunday to a morale-boosting win in north London.

‘We need a reaction,’ he said. ‘It’s my job to put the players in the right frame of mind.”

‘I’m responsible for the reaction, result and performance. We’ve worked on everything on the pitch that needs to be sorted for a footballer.

‘We’ve had a good week and I feel that the boys are ready to give their best, as they always do.

‘Nothing went to plan [against Liverpool] and that was nowhere near our best.’