Leicester suffer a nightmare home defeat, losing 2-1 to Southampton after a Che Adams brace… and with Chelsea target Wesley Fofana stuck up in the stands

Left out of the Leicester team because he was not in the right frame of mind to play, Wesley Fofana watched from the stands as his side were booed off for throwing away a lead at home to Southampton.

The centre-back, who is so keen to join Chelsea, sat with his partner among the home fans, signing autographs and posing for photos. Leicester supporters will be wondering how many more times they will see him in this stadium.

Until Fofana’s future is resolved, it is hard to see how Leicester make progress. Even a new contract for Jamie Vardy could not lift the sense of unease, while the opening goal early in the second half – a free-kick from James Maddison – served only to make the home side more nervous. 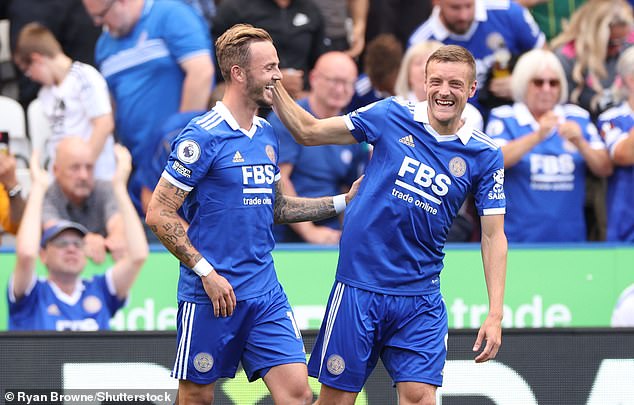 Sure enough, 14 minutes after Maddison’s effort, substitute Che Adams levelled for Saints and then delivered a spectacular winner in the 84th minute.

He came so close to a hat-trick, too, hitting the post in stoppage time.

Since falling 2-0 down at home to Leeds last weekend, Saints have scored four times and conceded only once, to ease the pressure on boss Ralph Hasenhuttl.

Questions will, however, start to be asked of Foxes boss Brendan Rodgers, who has bemoaned his side’s lack of activity in the transfer market this summer – but they have taken only one point from their opening three games, conceding eight times.

With Fofana watching on, Leicester made a rapid start and Vardy, whose new two-year deal was announced earlier on Saturday, had a penalty appeal turned down after tangling with Armel Bella-Kotchap.

Then Harvey Barnes, who had recovered from knee trouble to make his first appearance of the campaign, snaked into the box from the left and saw a shot blocked by Mohammed Salisu.

Though Leicester were making the running, Saints were occasionally able to threaten.

In the seventh minute, Sekou Mara climbed above James Justin and found Kyle Walker-Peters, whose dangerous cross was well cleared by Timothy Castagne.

Midway through the half, Mara thought he had put Saints in front when he ran on to Mohamed Elyounoussi’s pass and finished impressively past Danny Ward, only to be denied by a late offside flag.

At the other end, James Maddison’s inswinging free-kick was punched clear by Gavin Bazunu, who was then relieved to see Barnes shoot wide after the winger had been gifted possession by Romeo Lavia.

Throughout the calendar year, Leicester have looked more and more to Maddison for inspiration and he came up with the goods again here.

When his team won a free-kick just outside the box on the right, it was a natural angle for a cross.

But Maddison had spotted a gap at Bazunu’s near post and with only a three-man wall to beat, the playmaker curved his effort around it and beyond Bazunu’s scrambling dive. In the stands, Fofana offered low-key applause.

Against a cautious Saints side, that should have given Leicester the platform they needed to drive for victory. Instead, they lost their nerve, dropping deep and inviting the visitors to attack them. 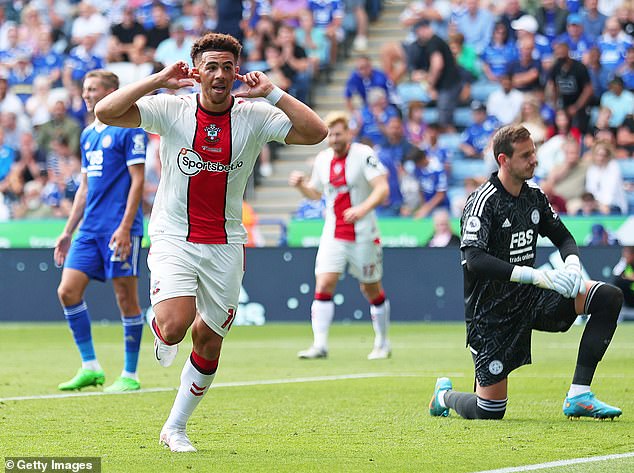 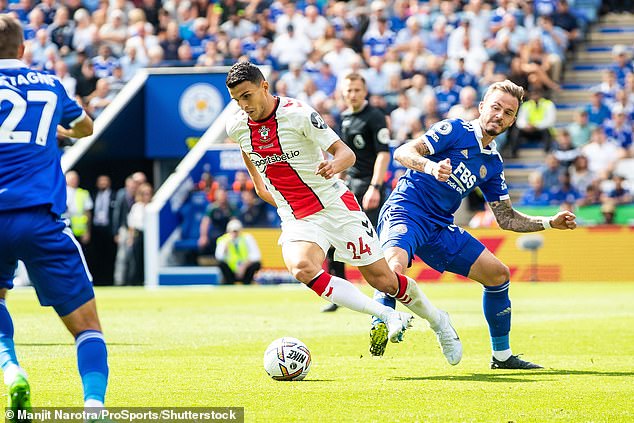 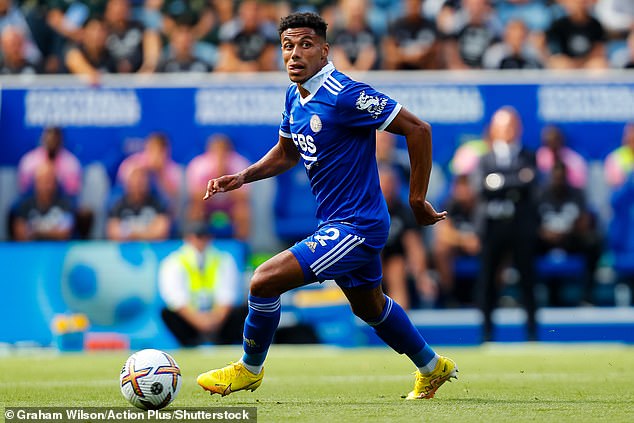 Leicester were lucky there was no VAR check when Joe Aribo’s cross hit Castagne’s hand but their good fortune did not last long.

Salisu’s long throw was aimed at Bella-Kotchap, who held off Daniel Amartey at the near post and steered the ball into the path of Adams. Nine minutes after replacing Mara, the sub stroked in the equaliser from eight yards.

Saints’ belief continued to grow and they stormed into the lead with barely six minutes left. 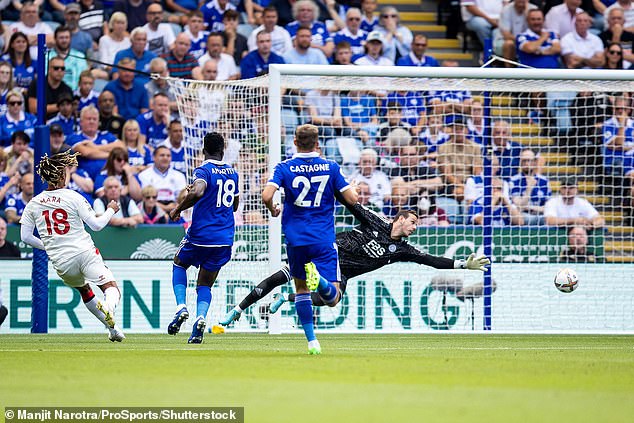 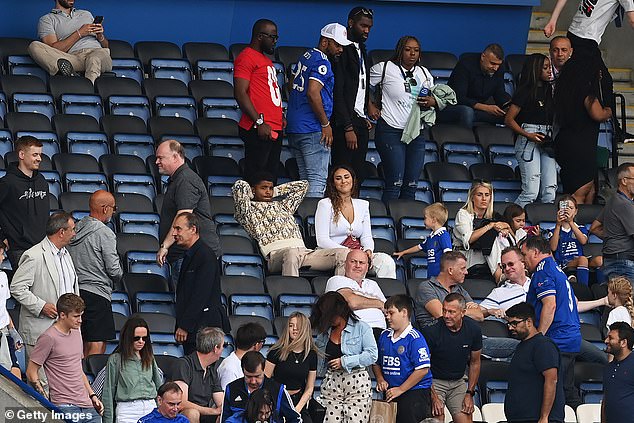 Walker-Peters set up James Ward-Prowse for a teasing cross that Adams finished with a splendid scissor-kick, though Castagne should have been much closer to the forward when he scored.

That had home fans heading for the exits, and many missed Adams hitting the post in stoppage time.

It promises to be a long 12 days until the transfer window closes for Leicester.