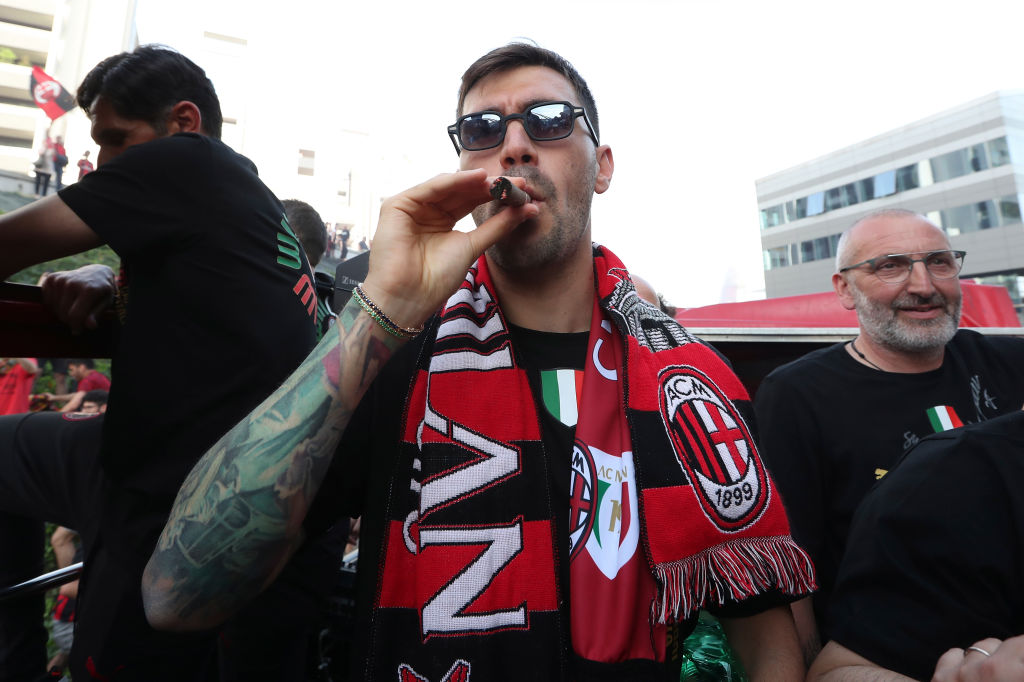 Lazio are close to signing Alessio Romagnoli on a free transfer as the defender’s contract with AC Milan comes to an end.

The 27-year-old has just captained AC Milan to their first Serie A title since 2011, but has found himself out of the team in recent weeks and months, not starting a league match since 25 February.

He is leaving the club this summer after seven years at the San Siro and there has been plenty of interest in his signature, with Chelsea linked with a move for him.

However, he looks set to stay in Italy, with Il Corriere dello Sport reporting, via Football Italia, that a deal with Lazio is close to being agreed.

The centre-back has reportedly been holding out for a contract worth €3m (£2.6m)-a-year and while Lazio have not quite reached that mark, they have come close enough to get their man.

While he may be able to get more money elsewhere, Romagnoli grew up near Rome and was a boyhood Lazio fan so is keen to make the move to the Stadio Olimpico, ahead of other potential moves to the likes of Fiorentina and Monza.

Romagnoli has long been linked with a move to the Premier League, with Manchester United reportedly making a bid for him back in 2018 under Jose Mourinho, but it now looks very unlikely that he will play in England.