Jurgen Klopp’s assistant Pep Lijnders has revealed how a Zoom call helped Liverpool convince Luis Diaz to sign for the club in January.

The Colombian moved to the Reds at the start of the calendar year after they struck a £37.5million deal with Porto – and consequently pipped Tottenham to the winger’s signature.

In his new book ‘Intensity: Inside Liverpool FC – Our Identity’, Ljinders revealed how the prospect of playing with Virgil van Dijk and the Reds’ impressive trophy cabinet is what eventually drove the deal over the line. 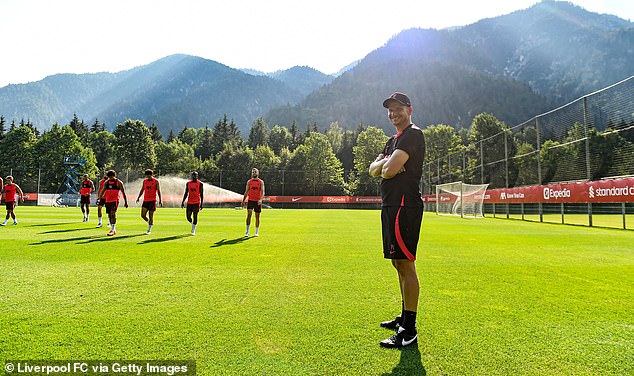 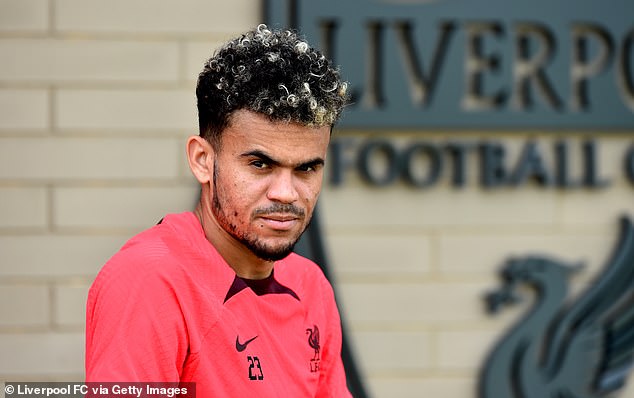 The Dutch assistant wrote: ‘I was on a skiing trip with my wife Danielle when, during dinner, our sporting director called me: ‘You and Jürgen have to speak with Luis Diaz in five minutes. We’ve just agreed with Porto but Tottenham are all-in as well.

‘I joined the call and Jürgen was explaining to Luis how he would fit into our style and that we would help him.

‘He said in reference to me joining [the call], ‘But you will hear this guy much more often!’ 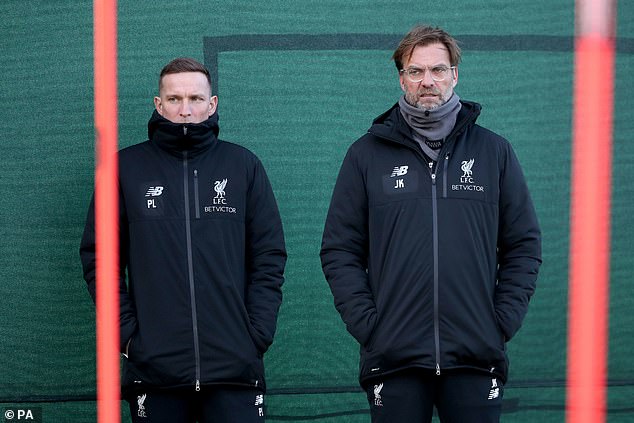 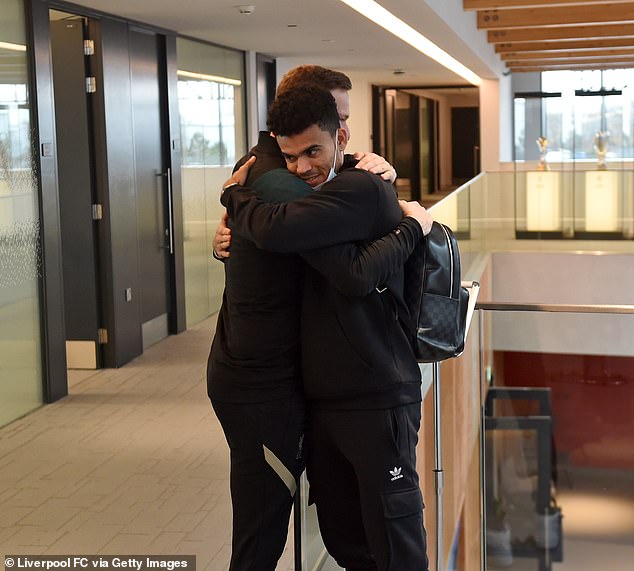 ‘To which I immediately said, ‘But I will explain things more calmly than Sergio [Conceicao, the Porto manager]!’ To which Luis laughed.

‘I told him: ‘We want you desperately and have been pushing for the last one-and-a-half months with our owners and our sporting director, but you know that these kinds of transfers are not easy to accomplish.

‘The good thing is you will train with Virgil, Robbo and Trent and they will make you so much stronger. Our idea is to create and score; you will have to tear these guys apart each day in training, which will make you better.’ 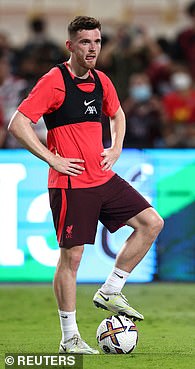 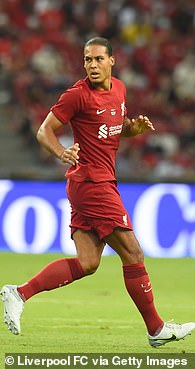 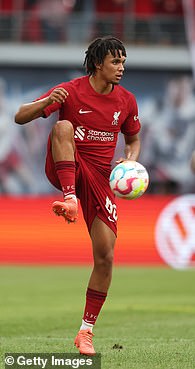 ‘His agent translated Jürgen’s message and [sporting director] Julian Ward said, ‘These two will make you a better player.’ I told him there were not many clubs with more history and culture than Porto but Liverpool was one of them and he would feel this.

‘Julian then walked with his phone to the trophy cabinet at AXA (training centre) and finished with: ‘We want to add to this and that’s why we want you.’

‘If the boy wasn’t convinced, he would be now.’ 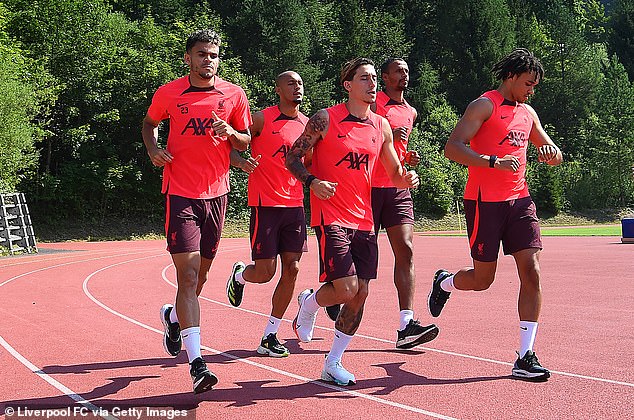 The 25-year-old has slotted in seamlessly into Liverpool’s attacking front-three and has made the summer loss of Sadio Mane somewhat bearable, knowing an able replacement is already at the club.

Diaz has already picked up an EFL Cup and an FA Cup in the few months since his move, as well as a Champions League runner-up medal after their defeat to Real Madrid in May.

He’s contributed six goals in 26 appearances through all competitions – and you can expect that number to have risen significantly by the end of the upcoming season.