One by one, the names were relayed and their many virtues extolled. From the ‘world class’ No 1 to the ‘guy who just scored his 60th hat-trick’, Jurgen Klopp spoke more positively about an old foe in four unbroken minutes than some of their fans have done all season.

‘We don’t face the teams who has problems,’ Klopp warned. ‘We face Manchester United.’ Mind games? It would have been easy to draw that conclusion. But then you remembered that Klopp is not the kind of man who has ever got involved in psychological skirmishes before a big game and the point he was trying to make became apparent.

United might be a pale shadow of the club and team that set the standards for so long and if they play as anaemically as they did on their last visit to Merseyside 10 days ago – when losing 1-0 to Everton – Liverpool will not turn down the chance to squash them. 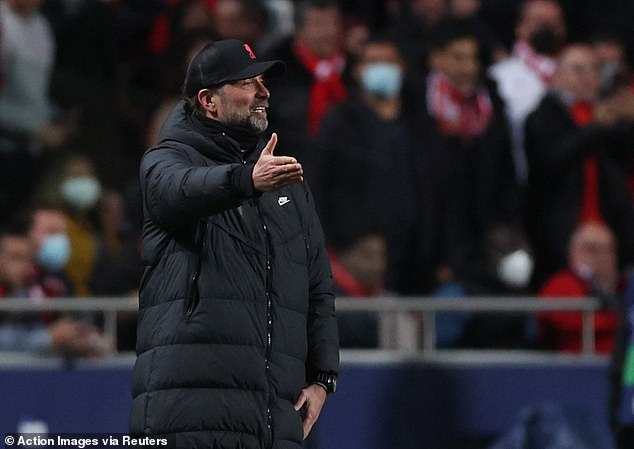 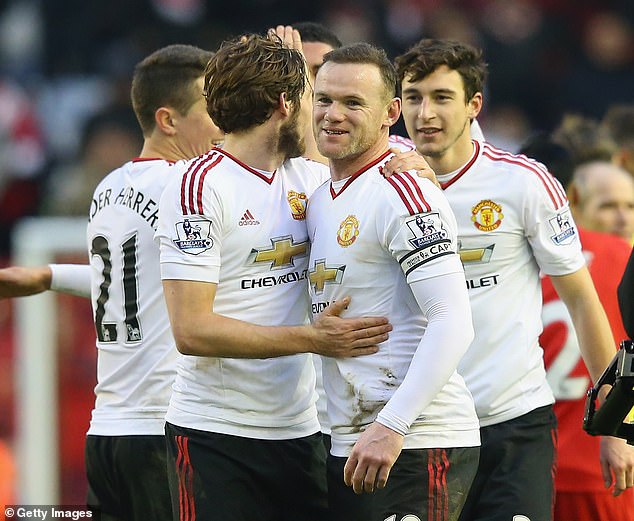 This, though, is the strange point of the campaign when anything can happen; this is also the fixture that has given Liverpool headaches. United have historically had grip on these meetings, so much so that they have won more at Anfield in the Premier League era (12) than Liverpool (10).

True, Klopp has only lost once at Anfield to United – his first meeting in January 2016, when Wayne Rooney pounced – but there is always the potential for that to change and the implications of an away win would be enormous.

It’s why Klopp was so deliberate in spelling out his message about the potential for peril.

‘If I go through the line-up that could play, the goalkeeper (David De Gea) is world class,’ Klopp began. ‘The last line (defence) absolute top, then (in midfield) I’m not sure if McTominay and Fred can play. It might be Pogba and Matic! If you let Pogba, he plays through you and behind you! 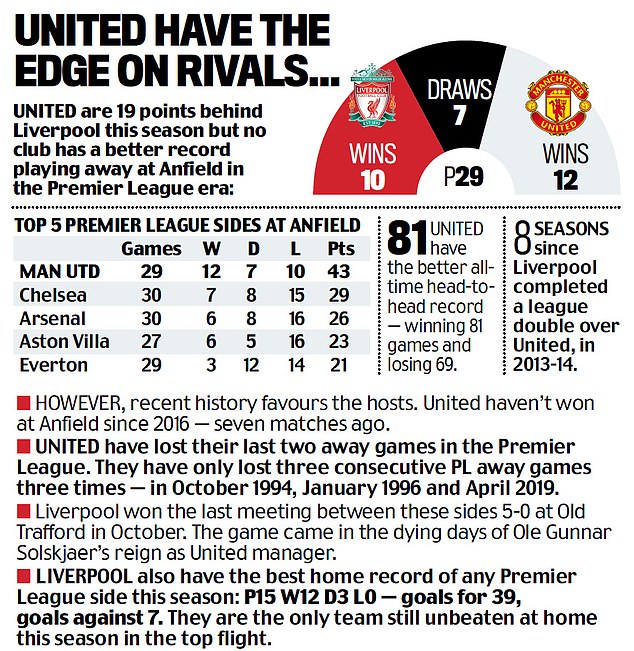 ‘Then up front you can choose from Sancho, Fernandes, Elanga or Rashford… and a guy who scored his 60th hat-trick. I’m not sure if Cavani will be ready – but that is the team we face. That’s what we have to prepare for; not what happened last week or something like that.’

Those with more familiarity with the history of the fixture than Klopp will recall how things were when the roles were reversed, how United came to Anfield in April 1992 trying to win the title but imploded after Ian Rush and Mark Walters scored goals for a Liverpool team that was in decline.

Nothing can be taken for granted in these occasions and the fact Liverpool arrive here on the back of an emotionally sapping trip to Wembley could leave them vulnerable to a United side who have been given a glimmer of Champions League qualification once more.

‘If we let United do (what they want) they will cause us massive problems,’ said Klopp. ‘We have to be in the right mood, the people have to be in right mood to really be ready to fight for the three points, and not want to show we are in a better moment than United. Who is interested about that? 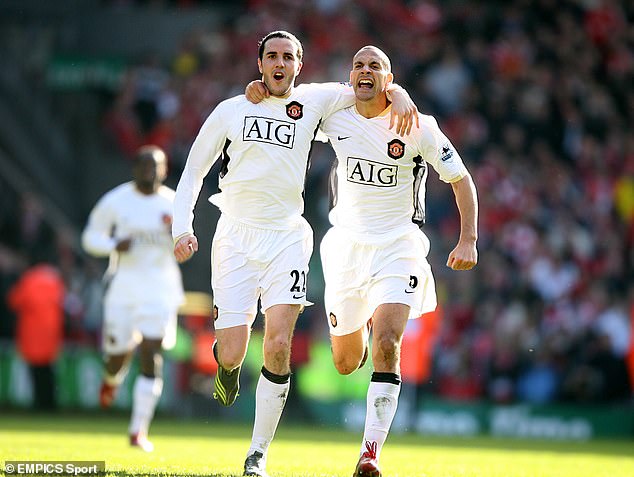 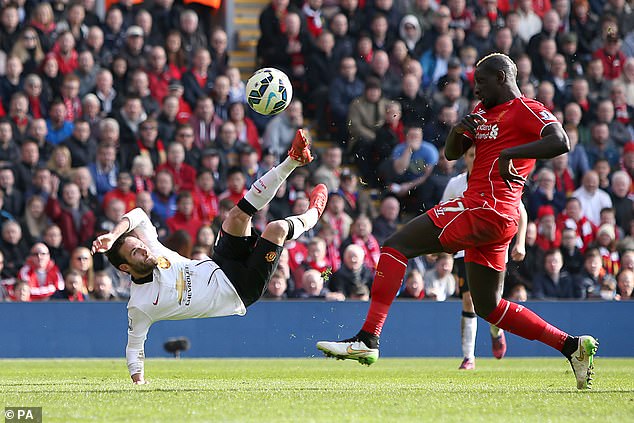 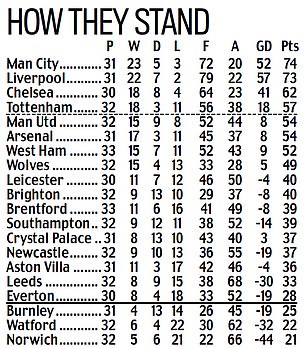 ‘There are times when you have better moments than other teams (but) then you get a knock and that’s it with the better moment. Who cares? This time it is an incredibly important game again for both teams and that says it all, both are fighting for being in the Champions League next year.

‘It is a tough one. United won the last game (against Norwich) and the results from the last games (for Arsenal, West Ham and Tottenham) opened the door for them again. They will go for it, absolutely no doubt. It will be an intense 90 minutes.’

Ronaldo, whose goals in the Premier League have been worth 13 points for United, will doubtless have the incentive of trying to outshine Mohamed Salah, whose run without a goal from open play is now almost at two months.

It is a far cry from how it was when the team met at Old Trafford last October, when Salah grabbed himself a hat-trick and was scoring for the 10th consecutive game. Is Klopp worried about what he sees? Not a bit of it. If anything, he was encouraged by everything he saw at Wembley.

‘We’ve spoken about all the physical demands he faced in the last few months so it’s completely normal. I liked the game against City a lot, it was a really good football game, and it’s only a question of time when he will score as well.

‘He was unlucky in a couple of moments and we all know if you don’t have luck as a striker you don’t even try.

‘It was close enough now for a couple of times. The moment will definitely come.’

With everything that is riding on the outcome, Klopp would be much be happier if that moment arrives on Tuesday.