Liverpool manager Jurgen Klopp has discussed the thinking behind the club’s decision to sign Cody Gakpo from PSV Eindhoven – explaining that they do not yet view him as the finished article.

Gakpo, 23, was signed for £44m from PSV earlier this week with the Dutchman unveiled for the first time in public at Anfield on Friday night.

Discussing his signing prior to Liverpool’s clash with Leicester, Jamie Carragher and Gary Neville on Sky Sports agreed that it was a necessary buy – but that Liverpool fans should not expect a totally polished player from the off. 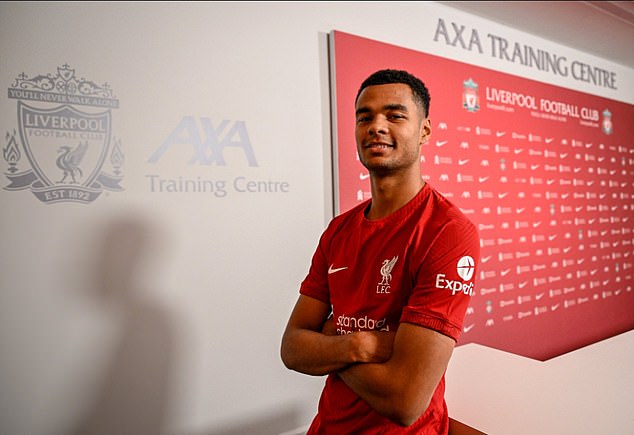 Backing up the assessments of the two pundits, Klopp concurred as he hinted that Gakpo was signed as much for his short term benefits as what he bring to the club over an extended period.

We’ve been impressed by him for a while,’ Klopp said. ‘You know our situation- we need to collect money and then spend we can spend it.’

‘He’s a very interesting player – he was really well respected when he was coming through the PSV youth academy. 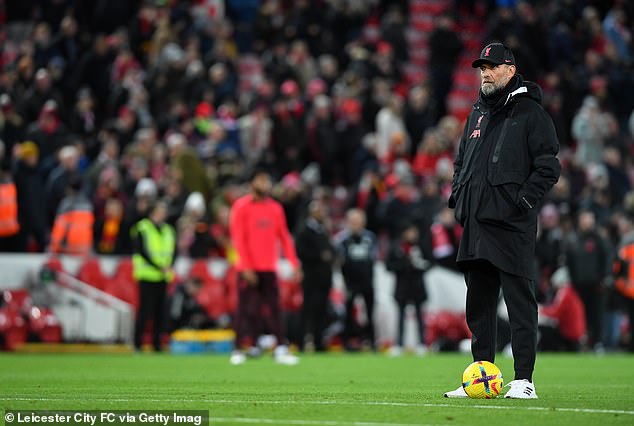 ‘We think it’s the right moment to bring him in. He’s still young – what he offers is incredibly interesting, in the short and long term because of his versatility.

‘He has a good nose for a finishing situation, he’s quick, a good dribbler. He’s not quite the finished product yet, but usually players develop well here.’

Carragher had said of the Dutchman’s arrival: ‘It is needed right now. The injury to Luis Diaz was a big problem.

Looking at Liverpool’s bench for attacking options, it isn’t great. I don;t think Jota is coming back anytime soon, Diaz faces two or three months out. I think it’s a great signing – I thought he might have been a bit more expensive, actually.

‘It’s a really good deal for Liverpool. I think he’ll fight Diaz for a position, one of them might move around or if push comes to shove they could sell one of them in 18 months.’ 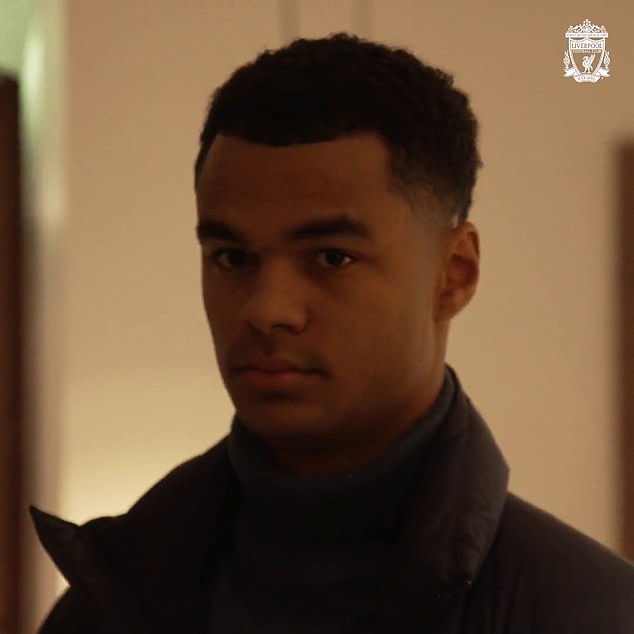