Adios, Kieran? Trippier waves goodbye to Atletico Madrid fans from the pitch as the full back looks to have played his last game for the LaLiga side in their 2-0 win against Rayo Vallecano amid Newcastle transfer talk

The England international was the last man off the pitch after Atletico beat Rayo Vallecano 2-0.

After the win Diego Simeone said: ‘You can’t hold on to anyone in life if they don’t want to stay’. 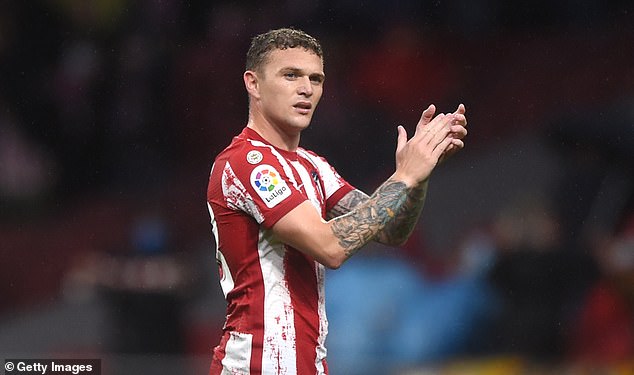 Simeone is understood to prefer Trippier staying until the end of the season but Atletico have seen an opportunity to cash in on a player who is could leave for free next summer.

‘He is an extraordinary player, ‘ added Simeone. He is someone who has given us so much.’

Asked why he could be leaving in the middle of a tough season when the club are not blessed with reliable defenders he added: ‘there are millions of reasons you can think of’. 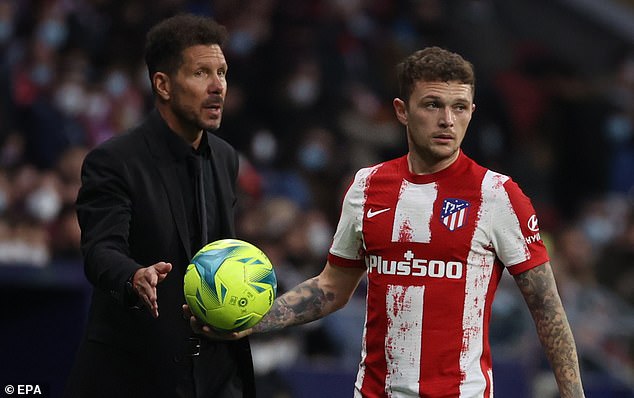 Trippier is understood to have made his mind up about his future at the end of last season when he became the first Englishman to win a major league title overseas since David Beckham in 2007.

He was instrumental in Simeone’s side getting over the line ahead of Real Madrid on the last day of the season but his attention had already turned towards moving back to an English club.

His family have made sacrifices settling abroad with him and having got his career back on track, with silverware to boot, he was ready and prepared to bring them home. 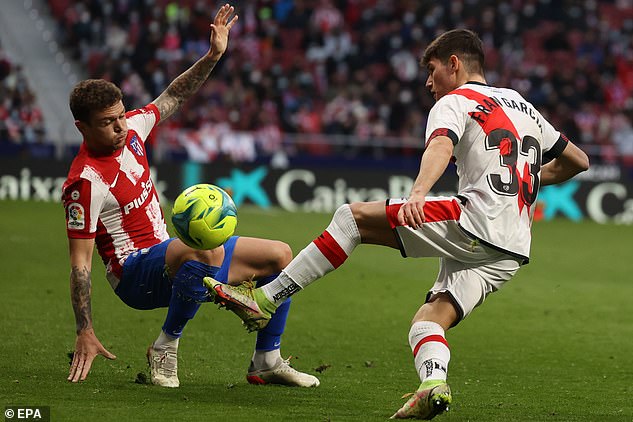 Atletico set his price too high in the summer however, and Manchester United ended up pulling out of a possible 25m euros deal.

Now the expectations have been lowered although the fact that Newcastle and their newly acquired wealth are now the buying club the price could still be close to 20m euros.

‘I know what I have come here to do and I’ve done it,’ Trippier told Sportsmail in an interview last year. ‘I would love to play in the Premier League again.’