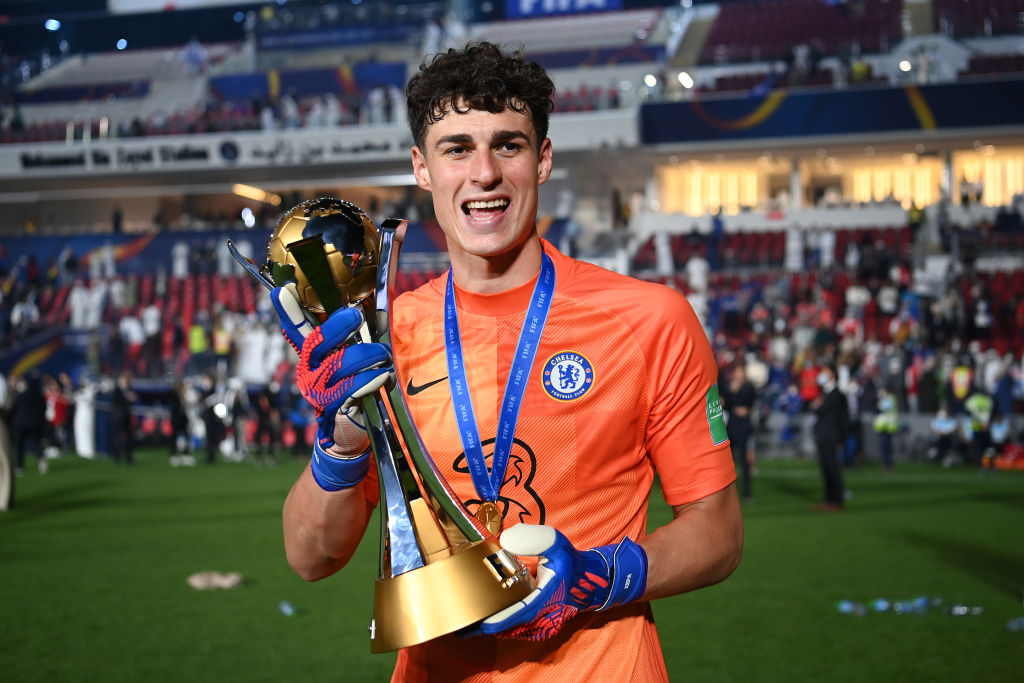 Kepa Arrizabalaga has reportedly contacted former Chelsea boss Maurizio Sarri in an attempt to seal a move away from Stamford Bridge.

The goalkeeper is keen to secure first-team football after making just four Premier League appearances in the past season.

Il Messaggero, via LazioNews24, reports that the 27-year-old personally called Sarri and asked him for a move to Lazio where the Italian manager is now based.

Chelsea are happy to send Kepa out on loan although Lazio are also targeting Atalanta’s Marco Carnesecchi and may prefer a deal for the promising young shot-stopper instead.

Kepa moved to Chelsea from Athletic Bilbao in 2018 for £72million, a record transfer for a keeper and the Spaniard was supposed to become the Blues’ long-term No.1.

However, poor performances led to the signing of Edouard Mendy just two years later and Kepa has been relegated to second-choice keeper since then, although he has occasionally shown his qualities, playing a part in the club’s Champions League, Club World Cup and UEFA Super Cup triumphs.

Kepa arrived at Stamford Bridge during Sarri’s short reign at the club, winning the Europa League in their only season together however the two were involved in a high-profile clash during the Carabao Cup final in 2019 after the keeper refused to be subbed off ahead of the game’s penalty shoot-out.

An enraged Sarri initially walked out of the game before returning to witness Kepa and Chelsea lose the shoot-out to Manchester City, although both player and manager made up shortly after and both claim that there is no bad blood between them.

The Spaniard also made headlines in this year’s Carabao Cup final after he was bought on exclusively for the penalties, only for him to fail to save a single spot-kick and then miss his own as Liverpool won the shoot-out 11-10.

Sarri meanwhile left England after a single season to join Juventus but would be sacked by the Turin side a year later despite winning the Serie A title, and he has now just completed his first season at Lazio, guiding the club to fifth in the table.