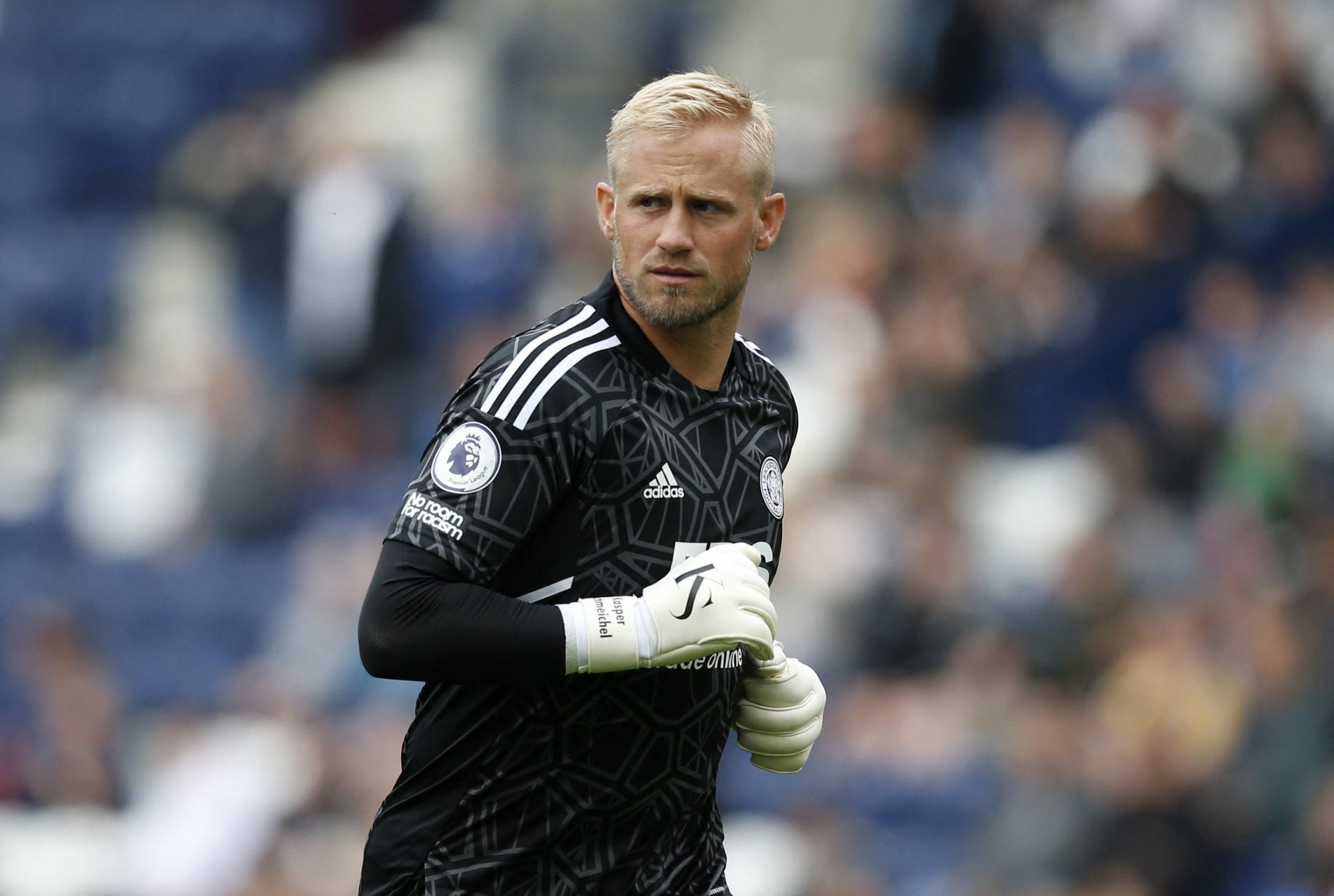 Leicester City goalkeeper Kasper Schmeichel has agreed a deal to join Nice, according to reports in France.

The 35-year-old has spent 11 seasons with the Foxes and has helped the club win the Premier League and FA Cup.

Schmeichel still has a year remaining on his contract with Leicester and has yet to reach an agreement over a new deal with the club.

According to L’Equipe, Schmeichel has now reached an agreement with Nice to join the Ligue 1 club this summer.

However, Leicester must first find a replacement before approving Schmeichel’s departure.

Speaking earlier this month, Leicester boss Brendan Rodgers insisted he still has faith in the club’s hierarchy to deliver before the end of the window.

Leicester are currently the only Premier League club who have not completed a signing this summer.

‘I trust the club implicitly. It’s a club that has always given me everything they have had since I’ve been here,’ Rodgers said.

‘Clearly, we have to do some business out before we can get players in. We just are not in the same position as some of the other clubs. Until that changes, I keep working with the players we have. We try to maximise their abilities and if the club can do something in the market to help the team, we would want that.

‘[Selling players] is two-way. Other clubs have to want the players. But it’s also very important that we can’t get too hung up on that.

‘Of course I want to improve the squad, I want to develop the squad, I said that midway through last year, but if it’s difficult financially, I really respect the club, so I don’t go to war with them.

‘It’s unfortunate. We have to do some work and if we can do that, then hopefully we can affect the squad because if we are going to compete anywhere near where we have been, then we need to be able to do that. If not, then it’s a different expectation.’