Harry Kane bemoaned the ‘story of our season’ after Tottenham slumped to defeat against Liverpool following another slow start.

Liverpool claimed a 2-1 victory at the Tottenham Hotspur Stadium on Sunday after with Mohamed Salah’s first-half brace.

It was the fourth league game in a row where the home side have gone 2-0 down. 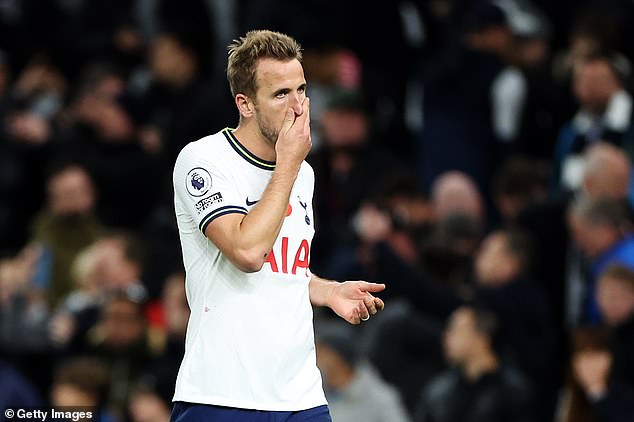 Kane reduced the deficit in 70th minute with a clinical strike but Spurs could not find an equaliser.

Afterwards Kane said: ‘It has been the story of our season so far – we haven’t played well enough in the first half and got punished.

‘We fought until the end and we knew if we got one back we would have chances to get a second but unfortunately we couldn’t do it and it’s disappointing.’ 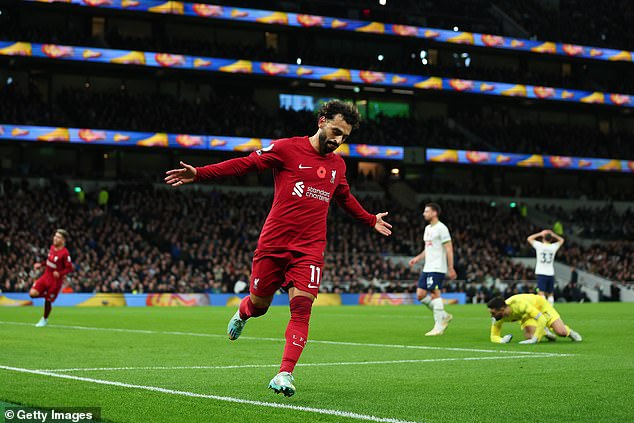 Spurs were booed off by at half-time, and Kane insisted it was up to the players to bounce back.

He added: ‘We need to be better at controlling games and we have to look back at this game but I don’t think it was terrible, we just got punished with two clinical goals.

‘In the second half we were the better team so we will not panic but we need to be better for sure.’ 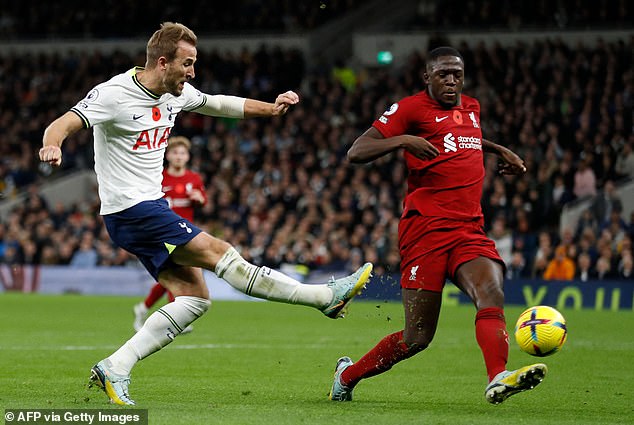