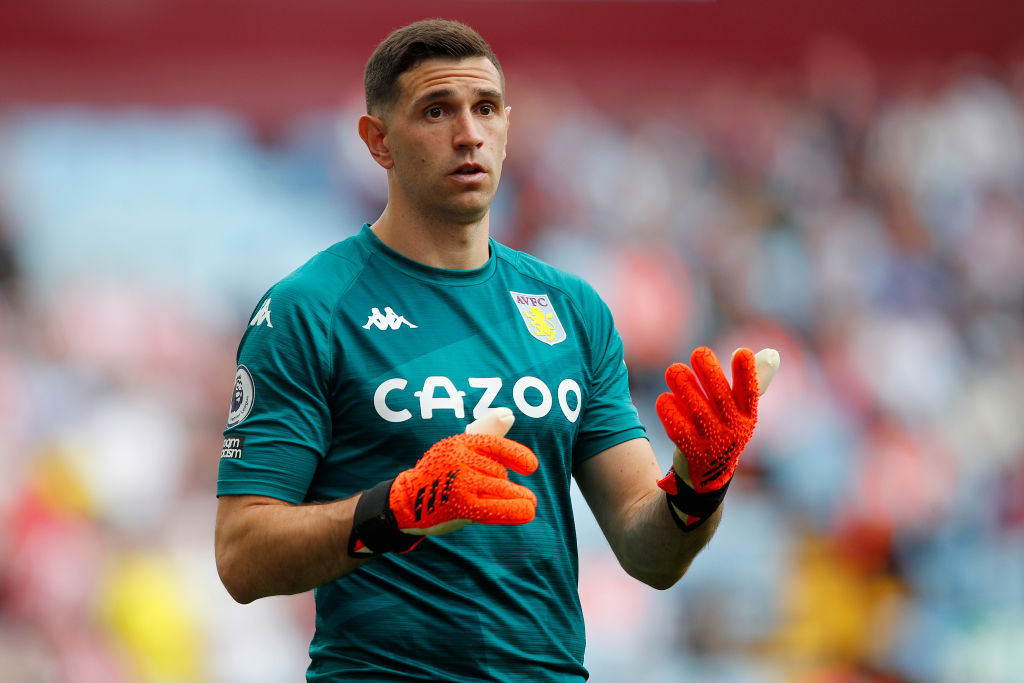 Juventus are lining up a move for Aston Villa goalkeeper Emi Martinez this summer.

Martinez, 29, has a contract at Villa until 2027 but Juventus believe a significant offer could force the Premier League club to sell their current No.1.

Argentinean outlet TyC Sports reports that the Old Lady’s manager Massimiliano Allegri wants to replace Wojciech Szczesny as his starting keeper and has made a request to the club’s bosses for Martinez to be signed.

Martinez joined Arsenal back in 2012 but spent years on the periphery, acting as understudy to Szczesny when both men were competing to be Arsene Wenger’s first choice.

After numerous loan spells, Martinez was finally given a proper run in the first team by Mikel Arteta at the back end of the 2019/20 season in light of an injury to Bernd Leno.

Martinez’s performances helped the Gunners land the FA Cup and Community shield in quick succession, before he was granted a £20million move to Aston Villa with Arteta unable to offer a guarantee first team football.

Earlier this season, Martinez, who has since cemented his reputation as one of the Premier League’s best goalkeepers, indicated that he wanted to stay at Villa despite interest from bigger clubs.

He said: ‘They opened the doors for me. With the Copa America they might be worried about new clubs coming in and me going to play at a Champions League club and the first thing I say to the sporting director is, “I want to be here”.

‘This is the club that helped me be a No.1. I play every single league game. I love everything about Aston Villa especially the fans.’

In 83 Premier League appearances, Martinez has 30 clean sheets and has a win ratio of over 42 percent in England’s top flight.