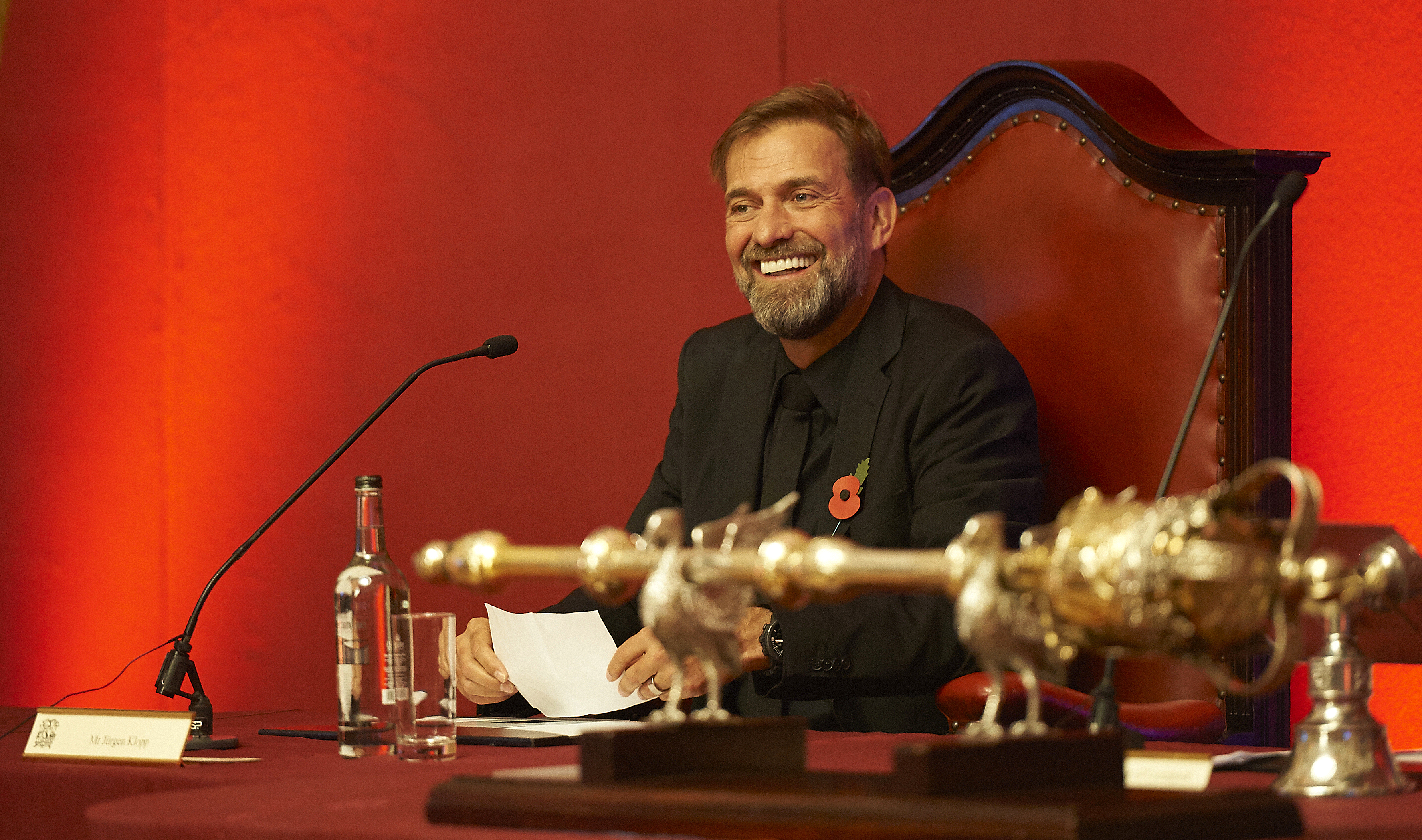 As if Jurgen Klopp has not got enough on his plate at the moment, he has now got to work out how to get his hands on a couple of sheep.

There is speculation Liverpool might move in the January transfer window to strengthen their midfield. Names like Inter Milan’s Nicolo Barella and RB Leipzig’s Konrad Laimer have been mentioned, but at this rate he’s more likely to announce Dolly and Buttercup!

While the erratic screamers are being amplified through social media, and the most damning pundits are being awarded the most column inches concerning Liverpool’s helter skelter start to the season, the Reds manager has been awarded the Freedom of the City.

Just so everybody is on the same page, one of the antiquated benefits of such an accolade, is being able to march sheep through a particular part of said city. In this case, Dale Street.

He’s only the second foreign national to be awarded this, the other being Nelson Mandela. No wonder he described it as a ‘wow moment’.

I was going to write about Klopp and Liverpool this week, so this is what they call in our business ‘the perfect peg’.

How choppy the red waters are will become more clear as the season progresses, but the problems are real.

Injuries have played a key part, but the squad age has crept up, the defensive inconsistency is there for everybody to see, and replacing Sadio Mane is much, much easier said than done. That’s three for starters.

However, to suggest there is a better manager to navigate this club through whatever lies ahead, however major or minor, is for the birds, and his honour this week underlines what most proper Liverpool fans already know.

Starting with the obvious, in seven years Klopp has won everything. Personally, I don’t count the Uefa Super Cup and the Club World Cup as ‘major trophies’, but if you add them to the league title, European Cup, FA Cup and League Cup, only Sir Alex Ferguson has also bagged all six at an English club.

That said, it is not the haul of trophies that makes the German so special at Anfield. It’s the underlying health of Liverpool that is most outstanding.

Sitting ninth after 12 games is being trumpeted by some as a catastrophe, but let’s indulge ourselves in a little pop quiz.

How many times in the ten seasons previous to Klopp’s arrival were Liverpool in the top four after just 12 games? Close your eyes and pick a number.

The answer is twice. In seven of those seasons, Liverpool weren’t even in the top six.

Let’s go again. Klopp has just made it six top-four finishes on the bounce, and four consecutive top-three placings. When was the last time Liverpool managed that? Answer? The latter part of the 1980s, towards the end of the ultimate golden era.

It is a level of competitiveness and consistency at the highest level I haven’t seen since I was in short shorts, and that Liverpool fans under the age of 35 have never witnessed.

That consistency is backed up by the fact Klopp has the highest winning percentage of any Liverpool manager.

Not since Paisley. Not since Dalglish. Since ever.

However, it goes even deeper than that, underlined by the honour bestowed on him this week. A manager, no matter how talented they may be, must fit with the club, and that means connecting with the city or town.

On this front, I don’t think it’s an overstatement to put Klopp in the same league as the great Bill Shankly. Not above him, of course. Sorry, Jurgen.

Klopp said: ‘We care about similar things, have similar political views and we like to be very open, that’s how it is.’

Like Fergie at United, Ainsworth at Wycombe, Clough at Forest, and many other examples, sometimes a manager just fits. And Klopp just fits.

A direct river cross ticket on Mersey Ferries is currently priced at £3.80 return, and the legend says Klopp can now use the ferries free of charge. You can’t imagine him rocking up to the Gerry Marsden Pier Head and having a hissy fit.

Still, maybe the whole Freedom Of The City thing will go to his head, and he will start walking around with a bayonet strapped to his hip. Somehow, I doubt it.

‘One of the duties is to defend the city, or in the past it was. I know they meant it differently but I will, with words, forever,’ says Klopp.

Whether you are thinking with your head or your heart, Liverpool definitely have some problems right now, but Klopp is clearly not one of them.