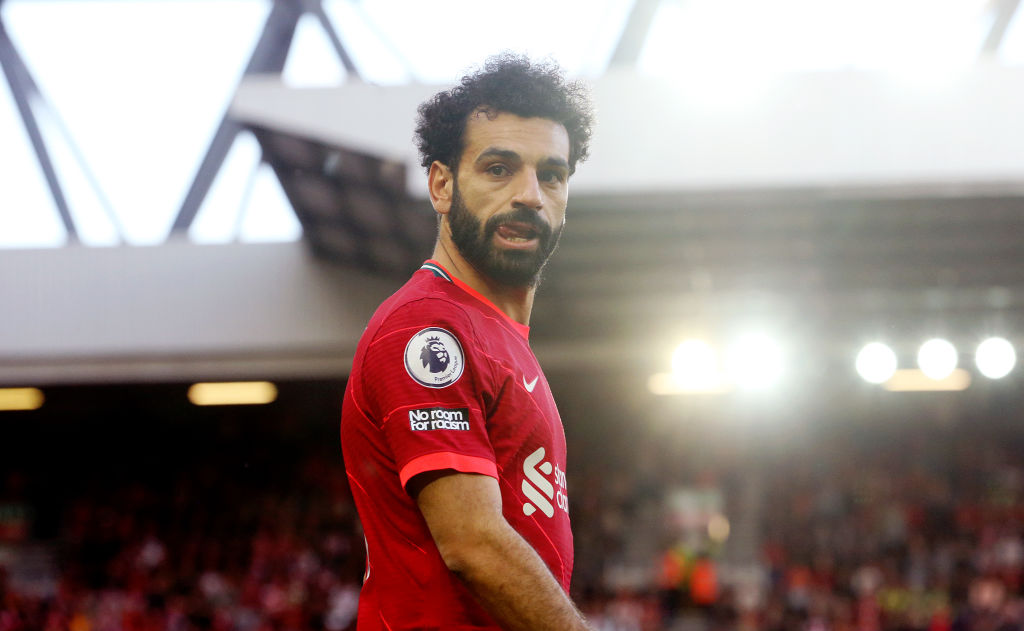 Jurgen Klopp says that rotation is the ‘only way’ for Liverpool as they continue to chase down a quadruple and the German leaves out Mohamed Salah from the starting line-up against Aston Villa on Tuesday night.

Salah, Jordan Henderson and Thiago Alcantara are all on the bench at Villa Park, while Andy Robertson is not involved in the squad at all.

It is still a strong Reds side that takes on the Villains, with a midfield three of Naby Keita, Fabinho and Curtis Jones behind a front three of Luis Diaz, Diogo Jota and Sadio Mane.

Liverpool still have the Champions League and FA Cup finals to come, while their dreams of a Premier League title are not over, so Klopp says he has no choice but to shuffle his pack as the season nears its end.

Especially with the quality of players he can bring in, he has no concerns about resting star players like Salah when he has to..

‘Yes, for us it is the only way,’ Klopp told Sky Sports. ‘We cannot just push players through all the time.

‘We have the quality and that’s why we use it.’

Salah has already made 47 appearances this season, scoring 30 goals across all competitions.

He will undoubtedly be in the starting XI when Liverpool face Chelsea at Wembley and Real Madrid in Paris, while the Reds also have two more Premier League games to come after Tuesday night, at Southampton and against Wolves at Anfield.