Barcelona President Joan Laporta appeared to confirm that Jules Kounde will sign for Chelsea during footage that a fan caught on camera. The two clubs are involved in a tug-of-war for the Sevilla player, and despite a number of ominous setbacks, it appears as thought the Blues are closing in on one of their key targets.

Thomas Tuchel has been trying to land Kounde since back in January with the defender able to play at centre-back or right-back, making him a perfect fit for the German’s back three. The Blues have reportedly agreed a £55million fee for the 23-year-old, but Barca are thought to have told him to stall for time until they put together an offer of their own.

There appeared to be another blow for the Blues on Thursday when Kounde responded by turning up in Portugal to set off on Sevilla’s pre-season tour. A source told The Sun that the player was merely keen to remain ‘professional’, however, which kept the Blues’ transfer hopes alive.

Now, Laporta may have delivered the best news of all after being quizzed by a Barca fan on whether they will hijack the move. “Kounde no,” he said in footage uploaded to social media by Relevo. “He is signed by Chelsea.” 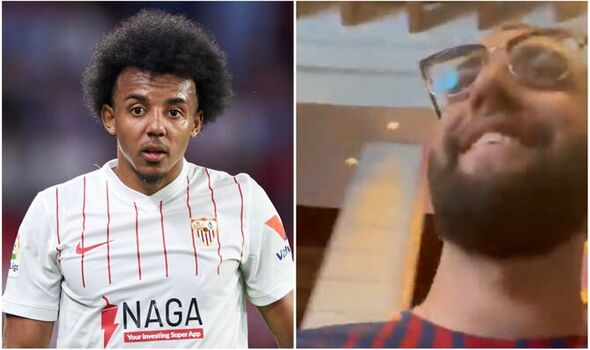