‘He needs time. The fans should stick with him. Results WILL turn’: Chelsea icon Joe Cole URGES supporters to get behind Graham Potter after defeat at Fulham as he blames injuries for poor form

Former Chelsea midfielder Joe Cole has urged fans to back manager Graham Potter after another disappointing result for the club.

The Blues lost 2-1 to Fulham on Thursday night after their new star forward Joao Felix was shown a red card on debut following a poor challenge on Kenny Tete.

Felix will now be banned for the next three games of his half-season loan spell in another blow to Potter, whose side have now won just once in their last eight games. 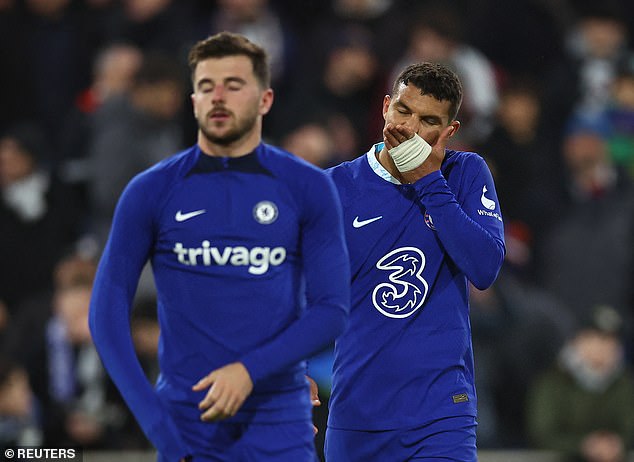 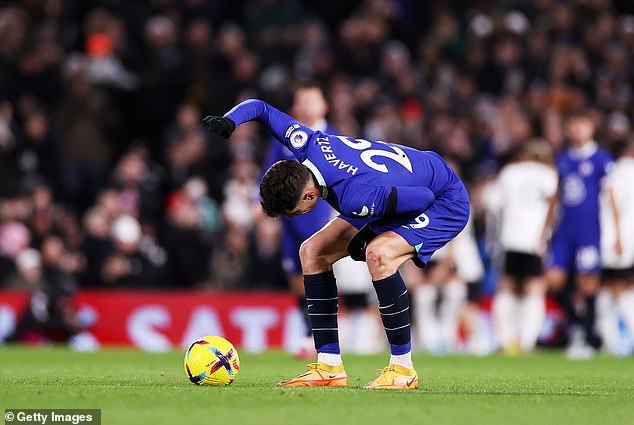 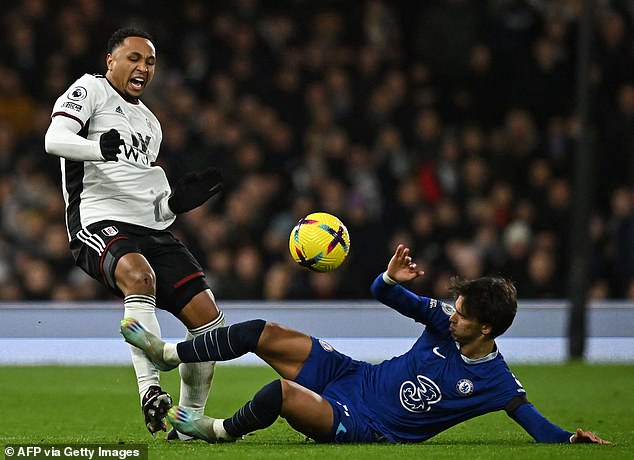 Despite the obvious gloom, Cole felt it was vital that Chelsea fans remained patient with the new manager, as he told BT Sport: ‘He needs time. We saw a little bit of frustration from the fans creeping in today, they’ve just got to understand that there’s been so much change.

‘I believe we have seen enough little sparks from Chelsea tonight. There’s enough to believe that results will turn.

‘The club had been so stable in its own unique way over the last 20 years in its own way, and then you come in and you’re changing things behind the scenes, changing recruitment you’ve got new owners.’ 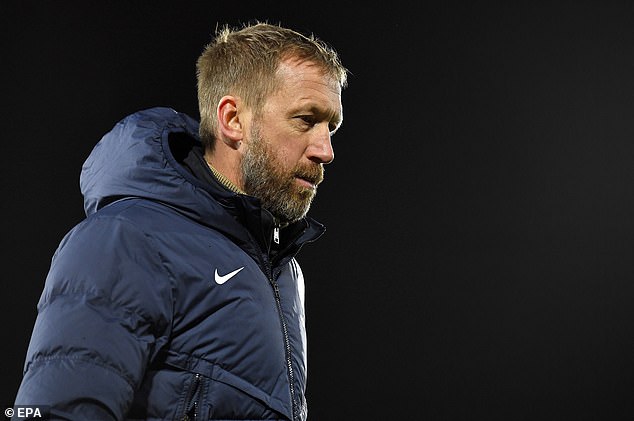 Potter’s reign started well as he followed a draw in his first game in charge with five wins in the bounce, but things have gone downhill since a 4-1 loss to his old club Brighton in October.

Cole also pointed out that Potter has had terrible luck with the club’s long injury list, which includes the likes of Raheem Sterling, N’Golo Kante, Edouard Mendy and Reece James.

‘That list of players injured, that is a top team. He has a whole team that would finish comfortably in the top 6 of the Premier League out injured. So you have to keep going,’ he said. 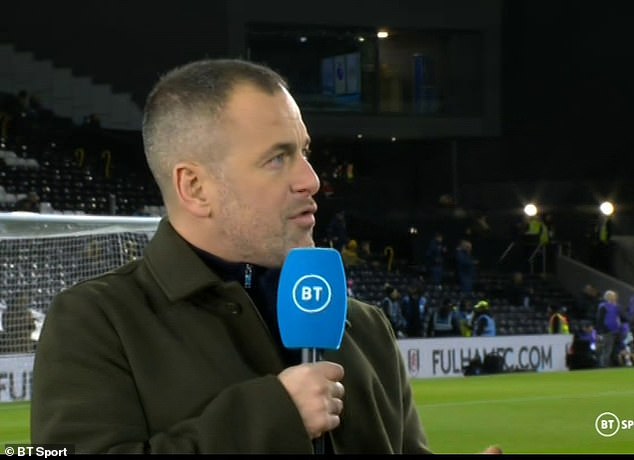 ‘The manager and the team will be better for having gone through this tough period. They have to keep going.’

Peter Crouch backed up his fellow pundit, as he asked: ‘The manager’s on a six year contract, they want to build something, but that doesn’t work if you sack him now, are the fans going to sit by and watch this?’

The Blues’ failure to win at their West London neighbours’ means they remain 10th in the Premier League.

They will face Crystal Palace on Sunday in serious need of a season-boosting result.