Jimmy Floyd Hasselbaink has reportedly left Burton Albion after their torrid start to the new League One season.

The 50-year-old Dutchman has overseen a woeful run of form which has seen them lose six and draw one of their seven league games this season. 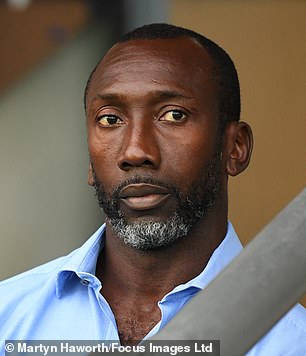 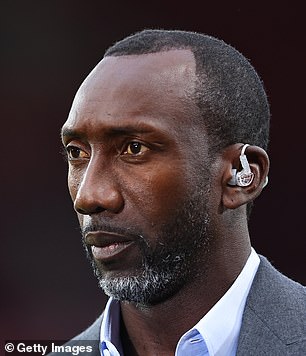 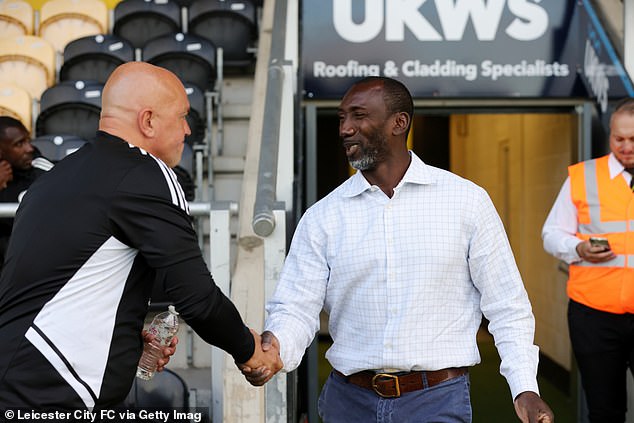 The news comes just hours after the ex-Leeds and Middlesbrough star made his latest appearance as a pundit on Sky Sports for Brighton and Manchester United’s Premier League wins against Leicester and Arsenal.

Ahead of United’s 3-1 win at Old Trafford, the 23-cap former Holland international said he is not convinced by new Arsenal star Gabriel Jesus as an out-and-out striker – despite the £45million Brazilian’s superb start to life in north London.

Hasselbaink said: ‘He’s come in [and scored] three goals, made chances, made others around him play better.

‘I’m still not convinced he will be 20 goals a season because if he was that then why did he not do that at Man City in a better team? 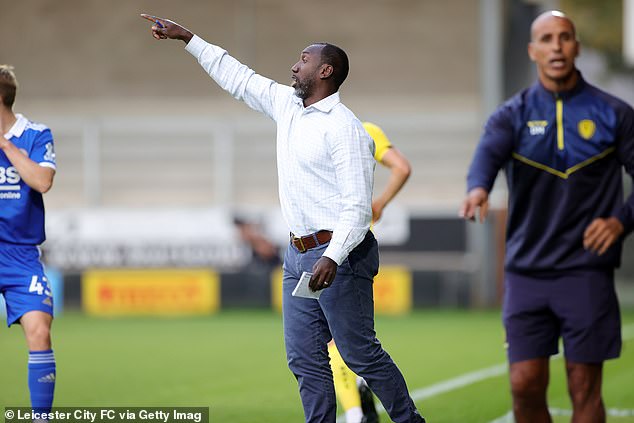 ‘I think he had enough opportunities [at Man City]. He is not somebody that scores goals out and out and out.

‘He’s somebody that loves scoring goals and likes to link up, he’s been brilliant at it, very strong, holding the ball up.

‘He’s got three goals in five matches – which is brilliant – but you expect him to score more goals. He’s a great signing.’

The Dutchman has appeared on the channel over the course of the past few seasons but fans have taken to social media to slam what they perceive as over-involvement in media affairs.

One user – referencing his comments on Jesus – wrote: ‘If you’re wondering why Hasselbaink isnt doing well at Burton, check his analysis of Jesus on the pre match build up, the guy is absolutely clueless about football, great players don’t necessarily mean good football brain/ good manager.’ 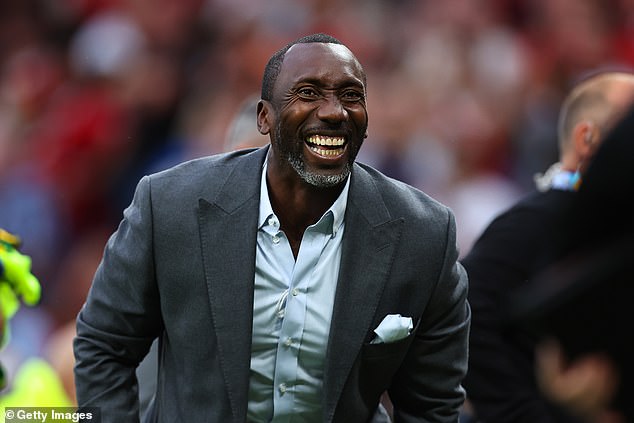 Meanwhile, another added: ‘Jimmy Floyd Hasselbaink needs to decide if he wants to be a manager or a pundit.

‘If my team were bottom of the league and I saw my manager on TV the next day working as a pundit yet again, I’d be absolutely furious. Get on the training ground!’

Others were similarly furious, with one rhetorically asking: ‘How does Hasselbaink keep getting on Super Sunday to analyse the Premier League when he has a club rooted to the bottom of League 1?’

Another meanwhile stated: ‘Burton Albion sit bottom of League 1, with one point from their opening seven games, having lost 2-1 to Oxford yesterday [Saturday]. 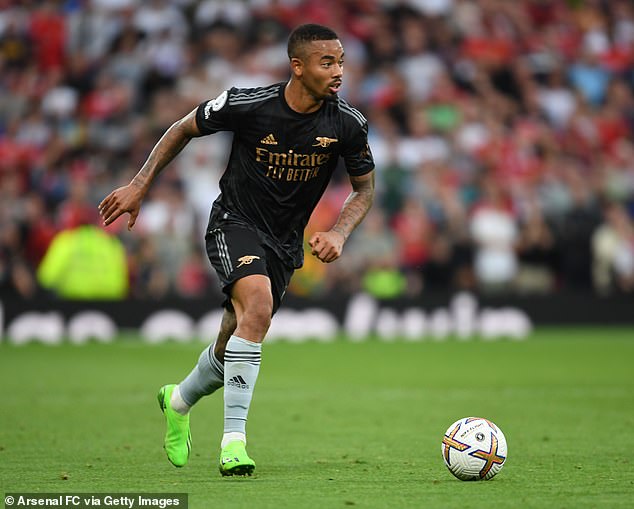 ‘Why is their gaffer – Jimmy Floyd Hasselbaink – sat in the Sky Sports studio as a pundit for Manchester United vs Arsenal? Make it make sense!’

In response to an interview with Hasselbaink conducted by Sky Sports last week talking about Chelsea’s summer spending, one replied: ‘All I ever see is Jimmy Floyd Hasselbaink do everything but manage Burton Albion.’

In the video itself, Hasselbaink said: ‘The owners have come in and said: ”we want to bring it to the next level”. They have not sat back, they’ve put their money where their mouth is and spent the money,’ he said.

‘They have shown belief in the manager and tried to give him everything he wants. I think it’s been very positive.

‘It’s a bright future for Chelsea and it feels very good. There’s a lot of positive stuff going on. I think the new owners have brought real positivity to Chelsea.’