Jesse Marsch under pressure to end Leeds United’s dire run of five straight FA Cup third round exits ahead of grudge match with Cardiff… as American recalls the time he lost cup tie ‘to a pub league team with an overweight keeper’!

Jesse Marsch has experienced plenty of highs and lows in cup competitions but Sunday will be his first taste of the FA Cup.

The American has heard all the stories of Leeds’ last FA Cup meeting with Cardiff, when the Welsh side won 2-1 to spark a pitch invasion amid ugly scenes between rival fans.

Leeds have been dumped out at the third-round stage in each of the past five seasons and Marsch has been urged by the Elland Road board to end that shocking run. 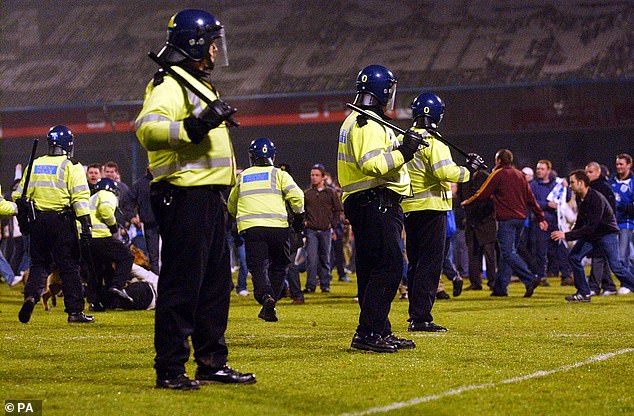 Memories of their stormy third-round loss to Cardiff in 2002 still linger and Marsch said: ‘I was told that Leeds were top of the league, it was an ugly match with a lot of physical confrontations and in the end we lost – and it was a bitter loss.

‘Back in the US as a player I lost [in a cup competition] to a pub league team with a goalkeeper who was like 40 pounds overweight.

‘He saved my penalty so that was pretty terrible for me! 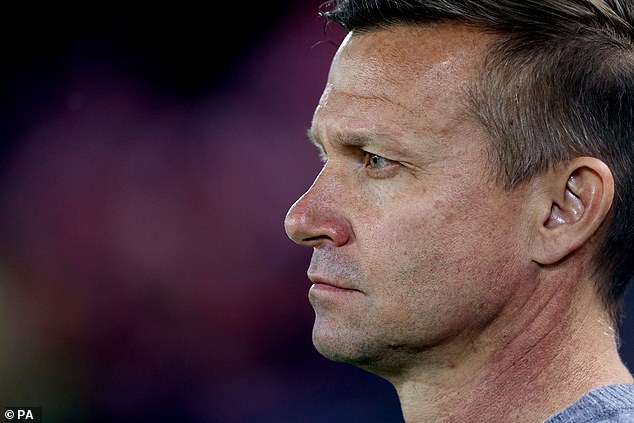 Jesse Marsch has said that he has been made aware of the game and understands how important it is for the 6,500 travelling supporters

‘I was with Chivas USA and they were called Roma FC and it was maybe a quarter final or round of 16 so they had done really well to get to that stage.

‘Literally with every save their keeper made he like fell to the ground and prayed thanks to God.

‘I think with the penalty, because he was such a big guy, he didn’t have to move so far to save it.

‘And then on the flip side I’ve won titles so any time you can lift a trophy what a feeling that is – you don’t forget that. 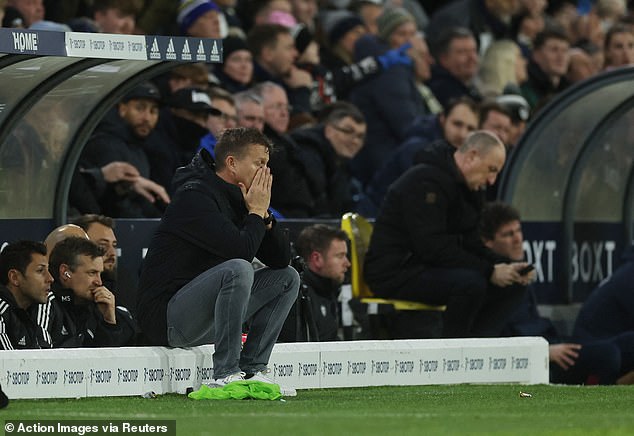 ‘I’ve always been in teams and at clubs who valued cup competitions.’

He added: ‘To win the double at Salzburg was a big emphasis every year.

‘Sometimes you’d play against pub league teams in the first round and you always had to make sure you were prepared for tough moments.

‘We will have 6,500 fans at Cardiff, so we understand how important this game is.’