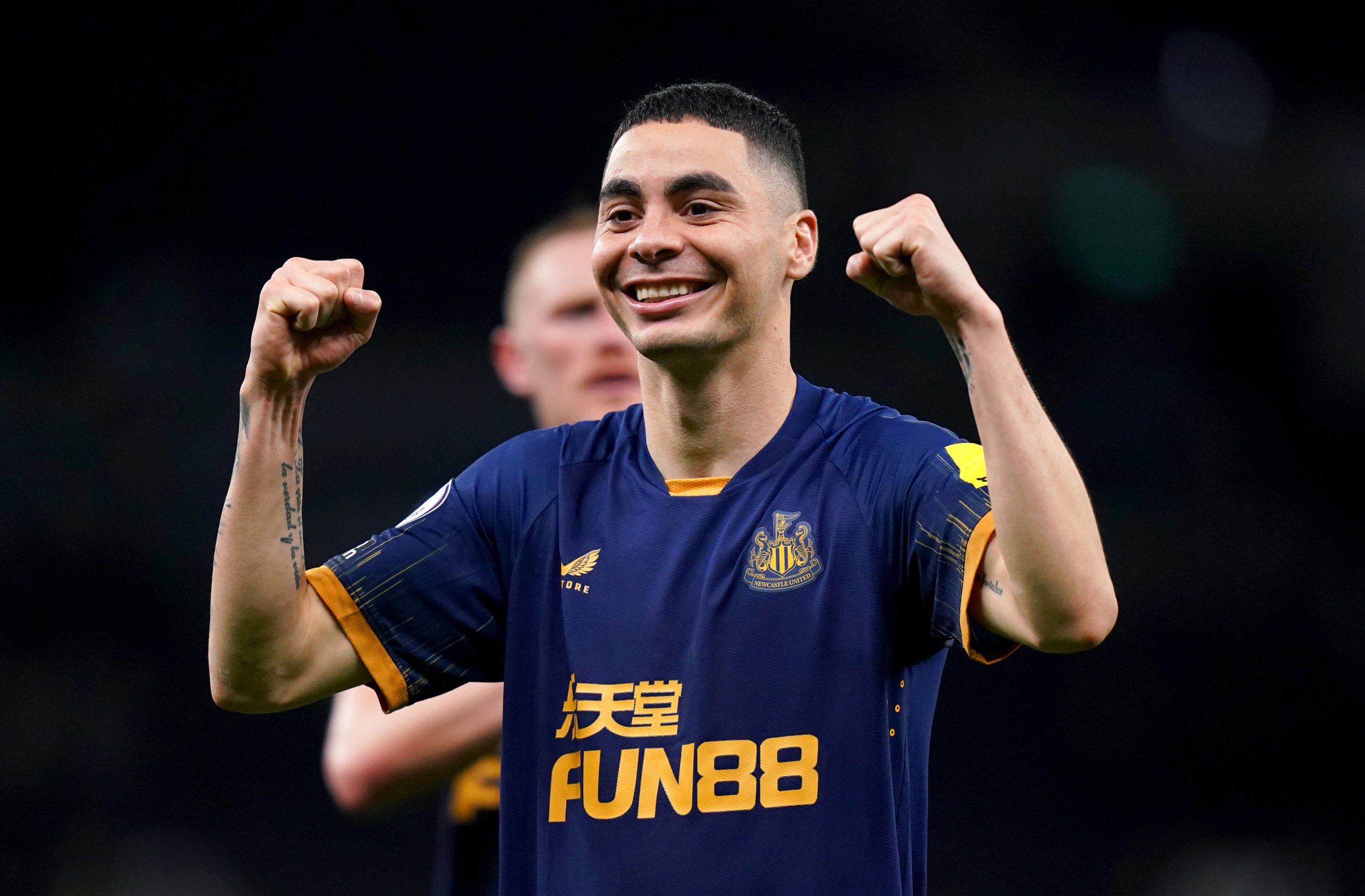 Almiron scored a sublime individual goal as Newcastle sealed a 2-1 victory over Spurs to move up to fourth in the Premier League table.

The Paraguay international has struggled to find consistency following his £21 million move from Atlanta United and Grealish mocked the midfielder during Manchester City’s title celebrations in May when he joked that Bernardo Silva should have been substituted because he ‘played like Almiron’.

But after scoring his sixth Premier League goal of the season, Carragher claimed Grealish’s jibe has motivated Almiron to improve.

‘The form this man is in is absolutely scintillating,’ Carragher said during his co-commentary for Sky Sports.

‘The confidence this lad has got now, he wouldn’t have done that last season. No doubt about it.

‘He just opens his body up and finds that far corner after showing the strength initially but the confidence to go past the defender and open it up.

‘This fella is a different player and the man that’s motivated it is not just Eddie Howe, it’s Jack Grealish.’