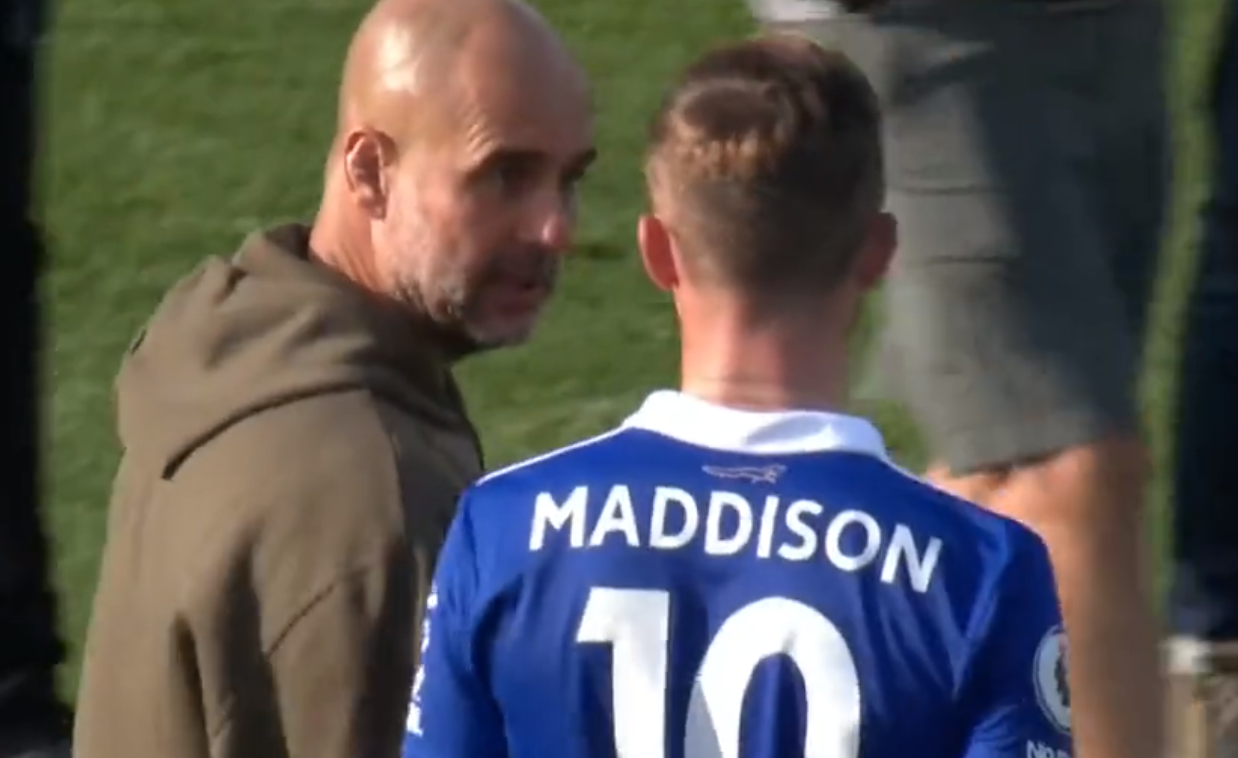 James Maddison defended Leicester’s tactical approach against Manchester City after the England international was confronted by Pep Guardiola at the end of Saturday’s Premier League clash.

The champions leapfrogged Arsenal and returned to the summit after earning a hard fought 1-0 win over the relegation threatened Foxes thanks to Kevin de Bruyne’s masterful second half free kick.

Brendan Rodgers’ side employed a safety first approach until the closing stages of the game when they began to threaten City’s goal and came close to scoring an equaliser on several occasions.

After the game, Guardiola was seen deep in conversation with Maddison and questioned why the home team didn’t show more ambition from the outstet.

Asked what he and Guardiola were conversing about, Maddison said: ‘He was asking why we didn’t play like the last 15 minutes for the whole game.

‘I think he realises it’s not as easy at that. But he’s a top manager with a top team so it’s always going to be tough.’

Maddison’s sentiments were echoed by BT pundit Rio Ferdinand who argued City would have picked their opponents off at will had they gone toe-to-toe with Guardiola’s men.