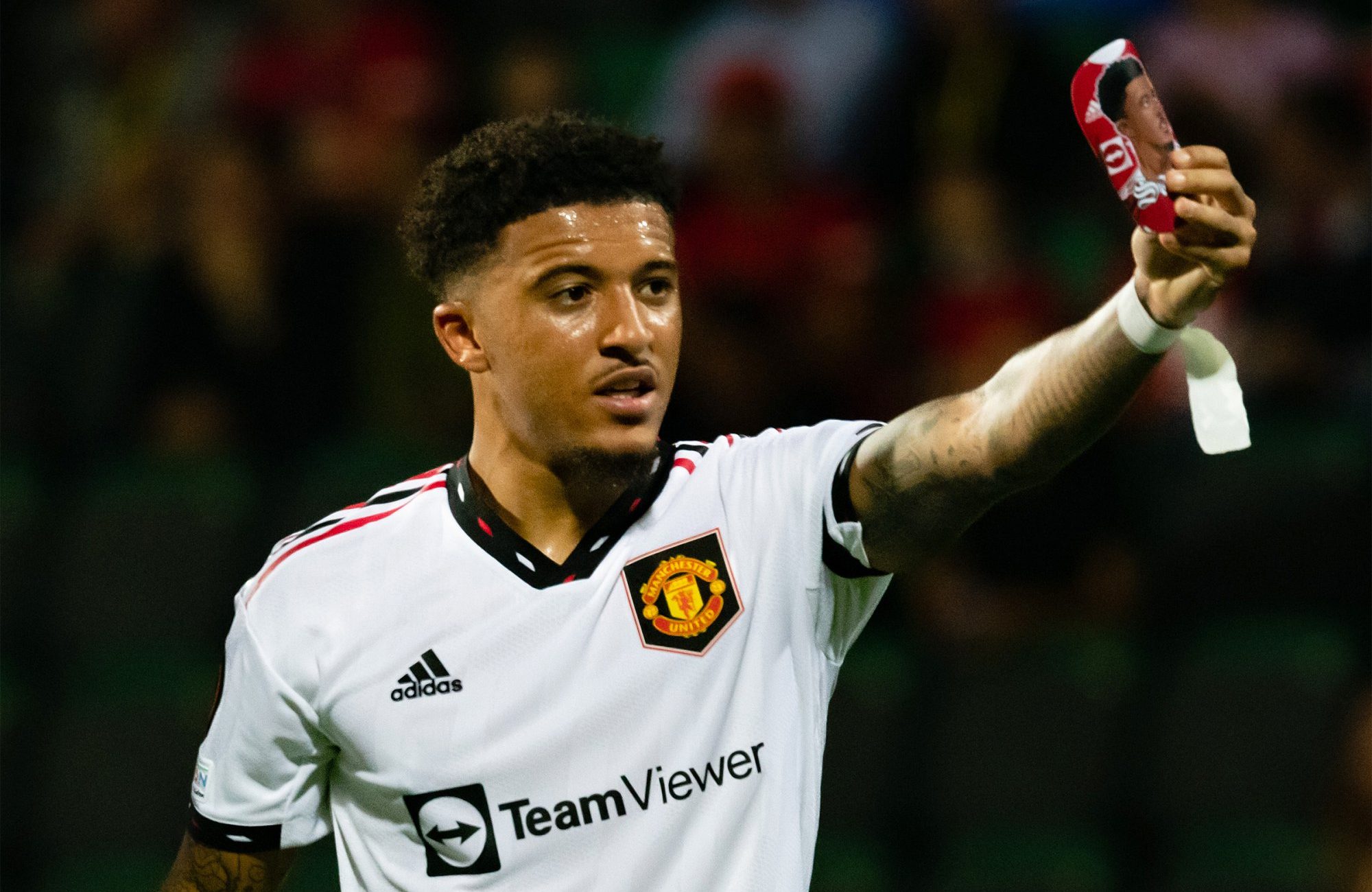 Jadon Sancho insists he is not giving up hope of securing a place in England’s World Cup squad.

The 22-year-old has been one of Manchester United’s brightest attacking threats in recent weeks and was on the scoresheet once again on Thursday evening as Erik ten Hag’s side sealed a 2-0 win over FC Sheriff in the Europa League.

However, Sancho did not do enough to warrant a place in England’s squad for the upcoming international break, with Gareth Southgate’s side due to play Italy and Germany in the Nations League.

Harry Maguire and Luke Shaw, who have both started just two Premier League games this season, have been included in England’s latest squad.

And Sancho admits it is ‘unfortunate’ that he has missed out.

‘That [the World Cup] is one of the targets, but it is unfortunate that I didn’t get the call-up,’ Sancho told MUTV.

‘But I have to keep focusing on myself and keep working hard, week in and week out. So that is what I am going to do.’

‘I think Jadon has so much has potential, he had good pre-season,’ said Ten Hag.

‘First he invested a lot and is on his way to getting really fit. It is a process, he scores goal and is in the moment in the season where he is more secure.

‘We can play over that left side with Tyrell [Malacia] and [Christian] Eriksen in that triangle, [and] how they moved together, I think they really were a threat for the opponent.’