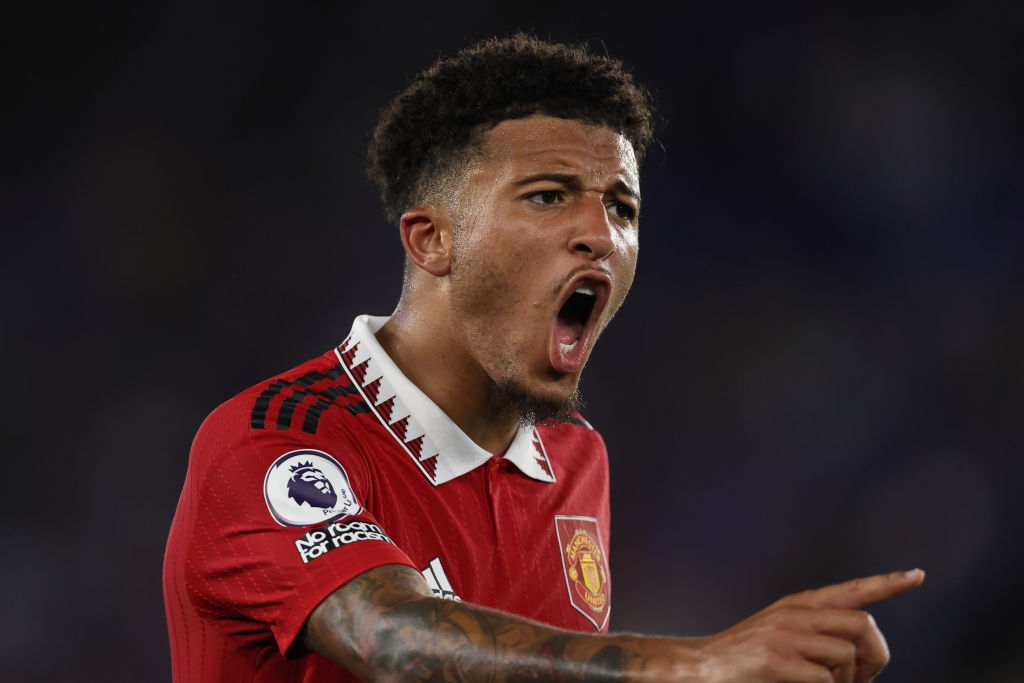 Jadon Sancho has discussed how Manchester United’s humiliating defeat to Brentford was the wakeup call the team needed.

United lost their opening two games of the season under new manager Erik ten Hag, that included a 4-0 defeat at the Brentford Community Stadium, where they were extremely lacklustre.

But since then, the team have looked transformed, beating Liverpool, Southampton, and Leicester to win three consecutive league games for the first time since April 2021.

It was reported that Ten Hag was furious with his side following the Brentford game and called his players in the following day for a gruelling 13.8km run, the distance the Bees had out-run the Red Devils by during the match.

‘We had to do it. We shouldn’t have been losing like that,’ Sancho said.

‘Everyone just took it as extra running and more fitness and after that we just got on with it. We felt we just had to wake up after the Brentford game and we have three wins in a row now, so we have to keep it up and get more wins.’

In addition to the run, Ten Hag held a two-hour clear the air meeting between players and staff which appears to have had the desired affect with the fractured squad now looking much more cohesive.

Sancho for his part looks to have improved his form considerably, having endured a very disappointing first season at Old Trafford in the last campaign following his £73million move from Dortmund.

He scored in the wins over Liverpool and Leicester and in doing so has nearly already matched his goal tally in the Premier League from the previous season.

‘We’re gelling well together. We are playing more in the style of the manager, and everyone is loving it at the moment,’ the 22-year-old.

‘We are working on style of play in training, some is just the intelligence of our players, getting to know each other well. I would say we have more information and more clear a plan of what to do, especially in some areas of the pitch.

‘We just stuck to the game plan, as the manager wanted, every training session we are working hard to get better and better. I would say I have still got more to come but I feel good, like I’m in a good moment on and off the pitch.

‘Arsenal [United’s next opponents] have won five in five, we know they are going to be a tough game. The boys need to recover and be ready for Sunday.’